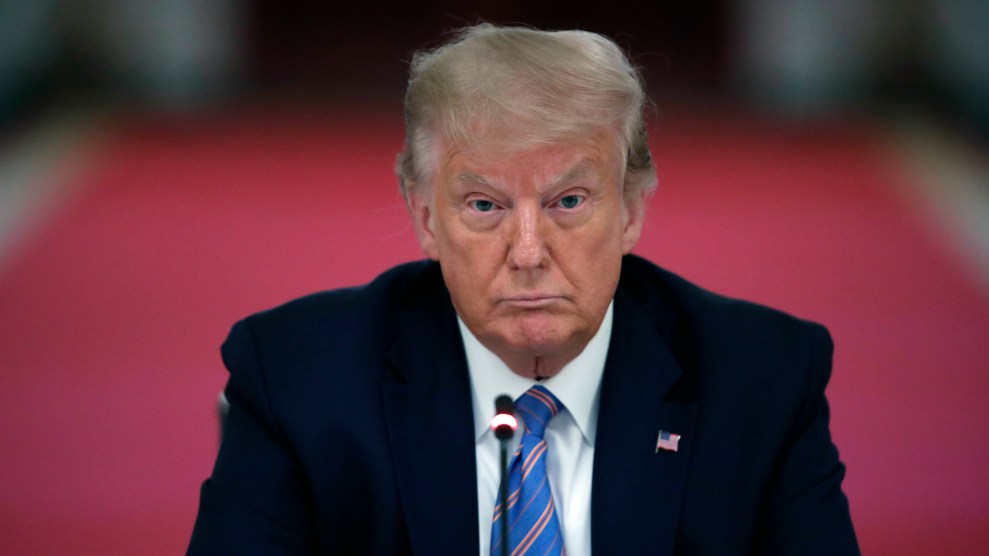 New York attorney general Letitia James notified the Trump Organization on Tuesday that she has expanded her long-running civil investigation into former president Donald Trump’s business empire to include a criminal probe, which her office will conduct in partnership with Manhattan district attorney Cy Vance, who has been pursuing a similar case. The news, first reported by CNN, represents a significant increase in legal peril for Trump.

James’ office has been investigating Trump since late 2019. Initially, the Trump Organization cooperated, turning over documents and allowing employees to be interviewed. But the cooperation came to a halt last summer as James scrutinized whether the company had paid taxes on a forgiven loan tied to Trump’s Chicago tower and whether conservation easements on an estate outside of New York City owned by Trump were properly obtained. The investigation, which also included questions of whether Trump had fraudulently inflated or deflated the values of his properties when seeking loans or tax breaks, spilled into the public last year when James asked a judge to force Eric Trump to sit for an interview and to authorize a subpoena to obtain documents from attorneys who had worked on the easements. While the Trump Organization argued the investigation was a politically motivated fishing expedition, the judge disagreed and gave James the green light to continue her inquiry.

In parallel with James’ case, Manhattan district attorney Vance has been leading a grand jury investigation into the Trump Organization. Vance’s investigation began as an inquiry into Trump’s hush money payoff of adult film star Stormy Daniels but it grew to focus on instances of potential financial fraud that overlapped with what James has been probing. Vance’s investigation was delayed for months as the Trump Organization tried to block the former president’s accounting firm and banking partners from handing over his tax returns and other financial records. The fight went all the way to the US Supreme Court, but Trump eventually lost.

In James, Trump faces a formidable legal foe. Since being elected in 2018, she has made a name for herself by leading aggressive inquiries into New York’s early failures on COVID-19, including the mishandling of the outbreak in nursing homes; allegations of sexual harassment by New York governor Andrew Cuomo; and the National Rifle Association, a case that has battered the gun lobby’s finances.

Until now, James’ Trump investigation was purely civil—meaning the worst the former president and his company had to fear was fines or penalties. Now that James and Vance are collaborating, the stakes for Trump, his family, and his associates suddenly got much higher.