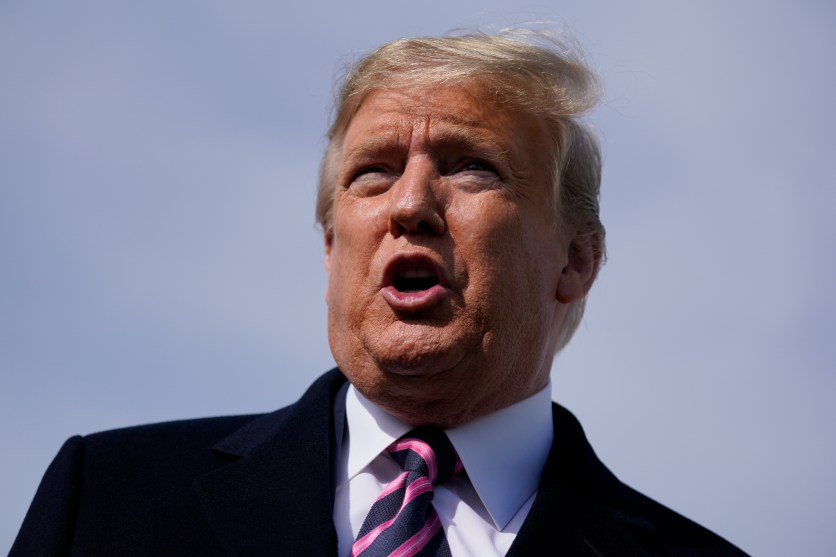 In recent years, political campaigns have increasingly begun using a dubious fundraising tactic: promising donors their contributions will be matched by two, three, or even five times. Donald Trump’s campaign—the most prolific user of this ploy—went so far as to pledge to multiply contributions by a factor of 10. These type of fundraising appeals are almost never true, because strict contribution limits make donor-matching nearly impossible. Nevertheless, political candidates and committees have so far gotten away these false claims, though that may not be the case for much longer. In a court filing Monday, federal prosecutors highlighted the donor-matching gambit as deceptive and called out the language that the Trump campaign often employed.

Prosecutors weren’t taking aim at the Trump campaign but rather a Nevada man who ran a scam PAC that bilked small donors with false promises to support various political causes—mostly Trump-related—and who fraudulently obtained PPP relief funds. But, as the feds note, the fraudster lifted almost all of his fundraising material (including the source code for the PAC’s website) from the Trump campaign.

As any nonprofit fundraiser can tell you, the promise of “matching funds” is a highly effective way to boost donations. And, coming from your favorite public radio station or charity, it’s usually a legitimate promise—the nonprofit has a matching donor at the ready. In the political world, there is almost never a matching donor—that’s because campaign finance limits prevent benefactors from giving anywhere near the kind of money needed to match. A nonprofit, which is not confined by contribution limits, only needs one big-spending donor to cover its matches. But in politics, the most a single donor can give to a candidate during a given election cycle is $5,800. Effectively matching all the donations that might pour in from a small-donor fundraising campaign like those mounted by the Trump campaign would require having numerous max donors standing by. The logistics are just too impractical.

As the feds note, the fraudster lifted almost all of his fundraising material (including the source code for the PAC’s website) from the Trump campaign.

There are pretty strict rules governing how nonprofits can operate—they can’t, for example, lie and deceive to raise money. But political campaigns are given wider latitude because their fundraising efforts are considered political speech. For this reason, prosecutors and regulators typically have been leery of cracking down on deceptive political fundraising tactics.

On Monday, however, the Justice Department signaled that it has noticed the matching-funds appeals and finds them dishonest. This warning came as part of the case against James Kyle Bell, who set up a supposedly pro-Trump super-PAC called Keep America Great Again (he later switched tactics and tried to disguise his group as a pro-Joe Biden super-PAC). In his fundraising blasts, Bell offered to match donations by five times. Despite raising more than $250,000, Bell never spent any of the money supporting Trump, Biden, or any other political candidate or cause. Bell also fraudulently applied for PPP relief funds on behalf of shell companies he had set up, and eventually received at least $1 million. Bell pleaded guilty on Monday to wire fraud. Buried in the court filings, federal prosecutors revealed a very negative view of the tactic of promising matching funds.

Bell’s super-PAC reached more than 42,000 people with its fundraising emails—as many as 1,000 donated—and his “e-mail marketing contained material misrepresentations including promising ‘5X’ matching of any donation,” prosecutors noted. While that is a far cry from prosecuting anyone for using the tactic, according to Paul S. Ryan, vice president of policy and litigation at watchdog group Common Cause, it still raises the stakes for any campaign thinking about offering matches they can’t actually make.

“Would the DOJ go after a PAC making legitimate political expenditures and contributions, but that falsely used ‘match’ language in its solicitation of contributions? I don’t know and won’t venture a guess,” Ryan says. “But candidates and PACs should now be on notice that the DOJ considers such false ‘match’ language to be a material misrepresentation to donors. All candidates and PACs should steer clear from using material misrepresentations when soliciting contributions.”