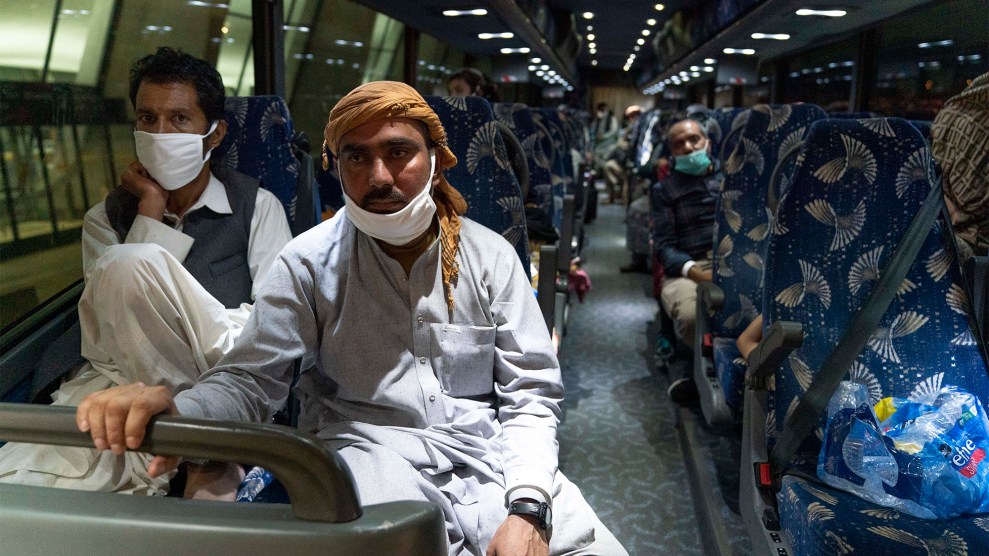 The US government is ordering six commercial airlines to help evacuate tens of thousands of Americans and Afghan allies from Afghanistan, the Pentagon announced Sunday, about a week after the Taliban seized control over much of the country ahead of the US military’s planned withdrawal on August 31.

Secretary of Defense Lloyd Austin enlisted the airlines through the Civil Reserve Air Fleet, a nearly 70-year-old program that has only been activated twice—during the 1990-91 Gulf War and during the 2002-03 Iraq invasion. “We’re going to try our very best to get everybody, every American citizen who wants to get out, out,” Austin said in an ABC interview on Sunday, emphasizing that the same efforts were being made for America’s Afghan allies, who face extreme threat from the Taliban.

Eighteen civilian aircraft from American Airlines, Atlas, Delta, Omni, Hawaiian, and United will assist dozens of US military cargo transports involved in the emergency evacuations, according to a statement from the Pentagon. Instead of flying into or out of the Kabul airport, where the security situation is deteriorating, commercial airline pilots and crews will help bring thousands of people to Europe or the United States from US bases in Bahrain, Qatar, and the United Arab Emirates.

Over the past week, after Afghanistan’s Western-trained security forces collapsed and President Ashraf Ghani fled the country, chaos and desperation have gripped the airport in the capital city of Kabul. Last Monday, thousands of people rushing the tarmac at Hamid Karzai International Airport in a last-ditch attempt to get out of the country. Videos posted to social media showed Afghans clinging to a departing US Air Force plane, while others fell from the wheel well of a jet as it took off from the tarmac.

As of Saturday, the US military had evacuated about 17,000 people from Kabul, including 2,500 Americans, according to a Pentagon statement. That’s just a fraction of the 10,000 to 15,000 Americans that the Biden administration estimated were still in Afghanistan about a week ago.

On Sunday, US National Security Adviser Jake Sullivan announced that the US military and its allies had evacuated an additional 7,900 people over the prior day, as violence escalates outside the Kabul airport and the US military evaluates new threats from the Islamic State.

President Joe Biden, facing widespread criticism for America’s botched withdrawal from Afghanistan after decades of war there, has said the US government hopes to evacuate at least 50,000 Afghan allies and their families from the country. “I cannot promise what the final outcome will be, or that it will be without risk of loss, but as commander in chief I can assure you I will mobilize every resource necessary,” he said during a speech on Friday.