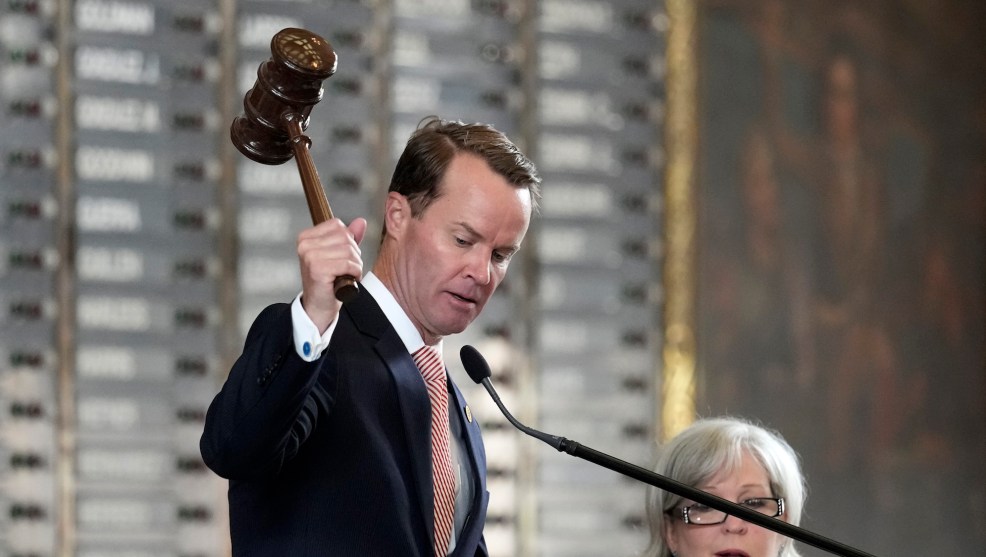 It has long been assumed that as America heads toward a future in which people of color constitute a majority of the population, it will grow increasingly difficult for the Republican Party to win elections by appealing to a shrinking base of conservative white voters.

Texas should be a case study for that theory: It became a majority-minority state in 2004, and over the past decade, 95 percent of its booming growth came from people of color, as it gained 11 Hispanic residents for every new white resident. But as the state becomes more diverse, the Republican Party is becoming more reactionary, cementing its hold on power by doubling down on anti-democratic tactics.

That’s why Republicans have been so committed to passing some of the nation’s toughest voting restrictions, which finally cleared the legislature on Tuesday after Gov. Greg Abbott called two special legislative sessions to outlast numerous Democratic attempts to kill the bill—including a 38-day walkout by Texas Democrats who decamped to Washington to lobby for federal voting rights legislation.

Republicans’ clear goal is to prevent the state’s changing demographics from leading to a shift in political power for as long as possible. The GOP doesn’t need to have the support of a majority of the state’s population if it skews the composition of the electorate to win a majority of votes. As the state becomes younger, more diverse, and more Democratic, power remains concentrated in the hands of politicians who represent constituencies that are whiter, older, more rural, and more conservative than the state as a whole.

Though Donald Trump did better than expected among Latinos in 2020, particularly in South Texas, he still carried the state by winning two-thirds of white voters, while Biden won 90 percent of African Americans, 63 percent of Asian Americans, and 58 percent of Latinos, according to exit polls.

That’s why the new law surgically targets the voting methods that proved most popular among voters of color in large urban areas like Houston’s Harris County in 2020.

It eliminates innovative voting methods set up by Harris County, such as drive-thru voting and extended early voting hours, that were disproportionately used by voters of color during the presidential election.

After mail voting increased across the country in 2020 among communities of color, who favored Joe Biden, the law bans mail ballot drop boxes and makes it a felony for election officials to distribute unsolicited absentee ballot applications.

Republicans’ clear goal is to prevent the state’s changing demographics from leading to a shift in political power for as long as possible.

The law greatly expands access for partisan poll watchers, affording them “free movement” inside a polling place and subjecting election workers to criminal penalties for removing them, after GOP operatives pledged earlier this year to recruit an “army” of poll watchers in Black and Latino neighborhoods in Houston.

And it requires monthly citizenship checks of the voter rolls, which could lead to controversial new voter purges, like the failed effort in 2019 to delete the registrations of 100,000 overwhelmingly Latino voters, whom the state claimed were noncitizens but turned out to be naturalized US citizens.

Despite this clear evidence of disparate racial impact, Texas House Speaker Dade Phelan instructed members not to use the word “racism” when debating the bill on the House floor. “We can talk about racial impacts of this legislation without accusing members of this body of being racist,” he said last week.

Democrats pointed out that courts had found 10 different instances in the past decade where Republicans were guilty of intentionally discriminating against Black and Latino voters.

“Intentional discrimination of people of a certain race, is that racism?” asked state Rep. Gina Hinojosa.

Texas is the hardest state to vote in precisely because its voting laws so consistently discriminate against communities of color.

Under a voter ID law passed by Republicans in 2011, a handgun permit is an acceptable form of identification but a state-university issued ID is not. A federal court later called it an “unconstitutional poll tax” that was passed “because of and not merely in spite of the voter ID law’s detrimental effects on the African-American and Hispanic electorate.”

The state has closed 750 polling places since 2013, when the Supreme Court gutted the Voting Rights Act to allow states like Texas to change voting rules without federal approval, more than any other state. Seventy percent of the closures came in the 50 counties with the largest growth in Latino and Black residents from 2012 to 2018.

More than 70 percent of election fraud cases brought by Attorney General Ken Paxton have targeted individuals of color, in a state whose population is 40 percent white. Crystal Mason, a Black woman from Tarrant County, received a five-year prison sentence for casting a provisional ballot in 2016 while on supervised release. (Her vote wasn’t even counted.) Hervis Rogers, a Black man from Houston who waited six hours to vote during the 2020 presidential primary in March, faces 20 years in prison for casting a ballot just months before his parole expired. Before the law passed the legislature on Tuesday, Republicans stripped a part of the bill that was supported by both Democrats and Republicans in the state House, known as the “Crystal Mason provision,” that would have required election judges to tell voters when they have a criminal conviction that makes them ineligible to vote.

Republicans are so invested in voter suppression for a very good reason: Texas has three million unregistered voters, far more than any other state. The vast majority are Latino and Black, and two million would likely vote Democratic if registered, according to an analysis by the Texas Democratic Party, more than enough to turn the state blue. That’s why Texas Republicans have strenuously resisted basic voting reforms like online registration, which has been adopted in 40 other states.

“I’m not sure the goal of the state is to actively seek out voters,” said GOP state Rep Andrew Murr, the bill’s lead sponsor. “The state is not so proactive that it tries to grab all the voters.”

Republicans can’t outlast the state’s changing demographics forever. But as long as they can control who does and doesn’t get to vote, it will be very difficult to dislodge them from power.