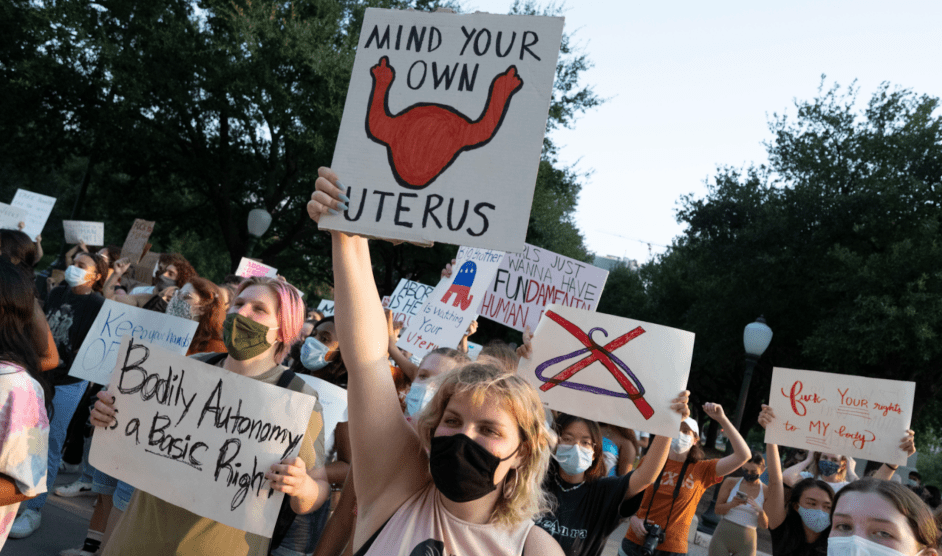 Anna Rupani woke up last Wednesday to grim news: Texas, her home state, now banned abortion after six weeks of pregancy—effectively barring 95 percent of procedures. The night before, she’d waited anxiously for a last-minute Supreme Court injunction against the law. It didn’t come.

Rupani is a co-executive director of Fund Texas Choice, an Austin non-profit that assists those who travel for abortions. The organization came together in 2013 after the passage of Texas’s House Bill 2 , which led to the closure of over 40 abortion clinics. Like other abortion organizers, she’s spent recent weeks working “to make sure abortion access is a reality for every Texan, even if it’s not in Texas,” she says.

The fund, one of nine such organizations in the state, arranges bus tickets, airfare, ride shares, lodging, and even emotional support networks for people traveling to clinics. Its staff had an unlikely dress rehearsal for the ban: COVID. Last March, Texas Gov. Greg Abbott signed an executive order that used the pandemic to justify a ban on the vast majority of abortions, under the guise of preserving medical supplies. Until Abbott removed the ban, four weeks later, abortion clinics and funds were forced to refer their patients out of state.

“COVID was, for lack of a better term, a good way to prepare for this,” Rupani says of the earlier ban. By her count, Fund Texas Choice was serving 20 clients in a typical month, sending about a third out of state for their abortions. During the March 2020 ban, that figure shot to over 50. To manage the numbers, her team “sent everyone out of state, and we’ll continue to do that,” she says. “We just increased our intake capacity, even if it’s a lot more than we can handle.”

Under the new ban, Rupani and her team expect their client numbers to skyrocket again. And this time, she says, “it’s likely that 99 percent” will have to leave Texas. Texans seeking abortion not only travel to bordering states, but as far as Oregon, Washington, Florida and California—anywhere they have family, friends and networks to support them through what’s often a difficult or isolating decision.

But the influx of Texas patients could put a strain on those clinics. Cristina Parker, who works with the Lilith Fund, a nonprofit similar to FTC, says the COVID abortion ban “created wait times at out of state clinics that pushed people further into pregnancy.” That also served to drive up the costs of procedures. And, at least for the moment, it’s happening again: clinics in neighboring states are booked up with appointments from Texans.

Abortion funds can at least trim those costs. As it did in March 2020, Fund Texas Choice is calling hotels in neighboring states like New Mexico, Kansas, and Louisiana, trying to negotiate cheaper rates in anticipation of an influx of clients. And Rupani’s team is reaching out to “providers everywhere in the United States, so if they see a Texan scheduled for an appointment at their clinic, they know to send them to us,” as well as working to arrange vouchers for clients who can’t afford their procedures.

Still, she says, the ban will have a significant impact on low-income people seeking abortions. “Folks can’t leave their jobs in fear that they’ll lose them. They can’t take multiple days off to travel,” she says.

Moreover, the new law might still have a powerful chilling effect on abortion funds’ work. “There’s some silence on our hotlines, which is really sad and scary for us,” Parker says. That may have to do with its “abortion bounty” clause: almost anyone can collect at least $10,000 by suing those they believe are “aiding and abetting” abortions after the sixth-week cutoff.

Even before the ban, she says, “it was hard to get an abortion in Texas.” If there’s a silver lining, it may be how quickly Texas abortion networks are adapting to ensure pregnant people get care. “We have weathered countless unnecessary restrictions before,” Rupani says. “We will continue to fight on.”