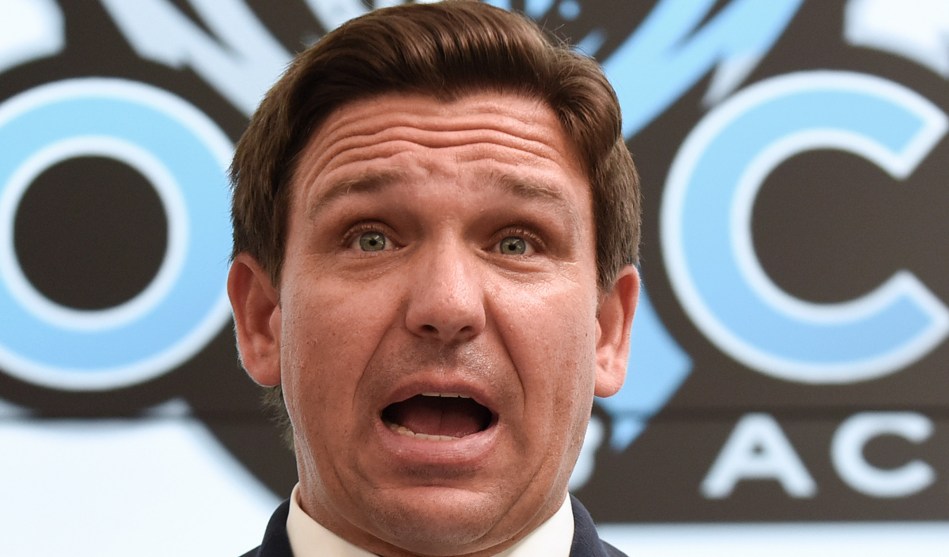 In June, Florida Governor Ron DeSantis signed a new law requiring state universities to conduct a survey of “viewpoint diversity” and “intellectual freedom” on their campuses. It was an effort, he explained at the time, to prevent them from becoming “hotbeds of stale ideology.” But in the governor’s push there is at least one diverse viewpoint that appears to be less than welcome: Criticizing Ron DeSantis.

On Friday, the New York Times reported on a stunning new allegation from by three University of Florida professors. In a court filing, they claim that their university has barred them from acting as expert witnesses in a legal challenge to the state’s restrictive new voting laws. The law, drafted with the help of the state GOP and signed by DeSantis in May, makes it more difficult to vote by mail and places new restrictions on ballot dropboxes; in 2020, Democrats were far more likely than Republicans to vote by mail in Florida.

Per the Times, “University officials told the three that because the school was a state institution, participating in a lawsuit against the state ‘is adverse to U.F.’s interests’ and could not be permitted.”

There’s no indication that DeSantis was actually involved in this decision, although as the Times notes, the chair of the university’s board of trustees is a close ally. But the notion that the work of university employees must not contradict the political maneuvering of elected officials—and that the interests of a university must be aligned with the interest of the governor at all—is a fairly radical one and counter to the bedrock idea of academic freedom. Truly no such independence can exist if professors cannot testify against the abuse of state power.

In a statement, the university more or less acknowledged the core claims of the story:

The University of Florida has a long track record of supporting free speech and our faculty’s academic freedom, and we will continue to do so. It is important to note that the university did not deny the First Amendment rights or academic freedom of professors Dan Smith, Michael McDonald and Sharon Austin. Rather, the university denied requests of these full-time employees to undertake outside paid work that is adverse to the university’s interests as a state of Florida institution.

Though different in its particulars, the incident immediately brought to mind another recent fight in North Carolina, where the state university system’s politically appointed board of governors deployed a similar logic in voting to bar UNC Chapel Hill School of Law’s Center for Civil Rights from engaging in litigation. As the name suggests, the center—which was funded with private donations—had built its reputation by filing lawsuits to defend voting rights, enforce civil-rights protections, and win compensation for victims of the state’s forced-sterilization program. One member of the board of governors, a longtime conservative activist, had specifically complained that a school desegregation lawsuit filed by the center’s lawyers was wasting taxpayer dollars.

There has been a lot of useless talk in recent years about free-speech fights on campuses, often fixating on the whims and rhetoric of 18-year-olds. But this is the kind that’s really worth paying attention to.