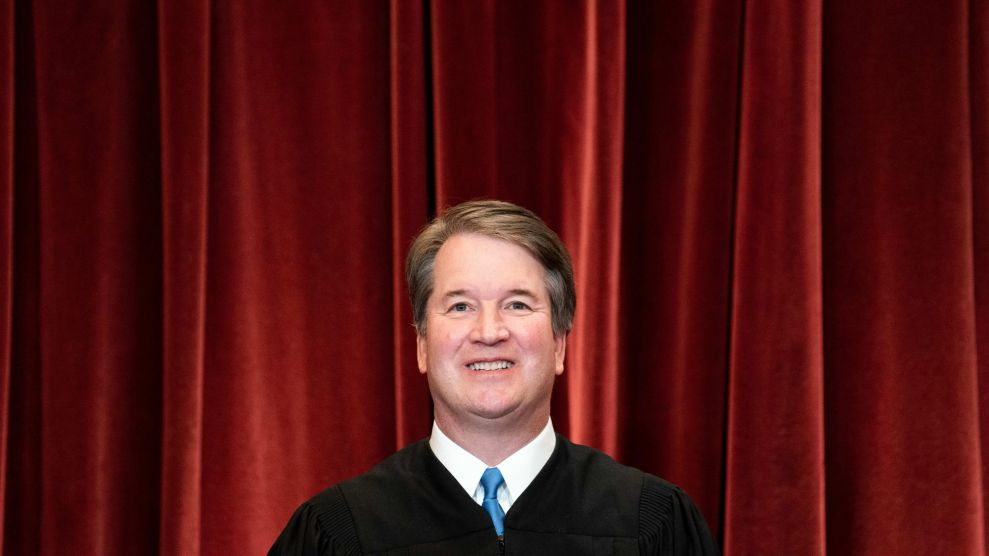 Justice Brett Kavanaugh used some startlingly disingenuous language today while the Supreme Court heard oral arguments on a Mississippi case that threatens to do away with the legal right to an abortion.

His arguments hinged on the idea of the court doing nothing to uphold abortions, but he kept calling it “neutrality.”

A reminder that kicking the issue to the states is far from neutral. As @Guttmacher recently showed us, 26 states are certain or likely to ban abortion if given the opportunity. That’s a massive swath of the US. https://t.co/9ZPCPFPTar

Kavanaugh likes to summarize his own positions while pretending he’s just playing devil’s advocate. Today, he did this to imply that perhaps the Supreme Court should stand “neutral” (a word that, according to one transcript of arguments, Kavanaugh used eight times) on the issue of abortion. He called neutrality “neither pro-choice nor pro-life.” He said such a position would mean not “continuing to pick sides” on a “contentious social issue.”

Of course, this “scrupulously neutral” position is still picking sides. The court not upholding the right to abortion would mean—as Kavanaugh himself said—that the Supreme Court decides it “should leave it to the states.” In practice, that’s not neutral. It is allowing for abortion bans to go into effect.

According to the Guttmacher Institute, a pro-choice research institution, 21 states have laws or constitutional amendments in place that would make them certain to attempt to ban abortion outright the moment Roe is overturned. Many of these laws take the form of so-called “trigger bans“—laws designed to trigger immediately or automatically after Roe no longer applies. Other states still have abortion bans that predate Roe on the books, and some have passed near-total bans currently blocked by the courts.

Kavanaugh’s comments on neutrality tap into the logic of an age-old conservative attack on the “activism” of liberal justices (given voice, most hysterically, by the late Justice Antonin Scalia). By this argument, any steps that liberal justices take to expand the rights of people of color, women, and queer people constitute tyrannical judicial overreach, while steps to dial back those rights return the country to its constitutional roots.

It’s more than a little dishonest to cloak the raw exercise of partisan politics in the language of judicial restraint and “neutrality.” It’s been clear for a while that Kavanaugh favors a particular outcome with regard to abortion rights. Maybe it’s time he just say so.