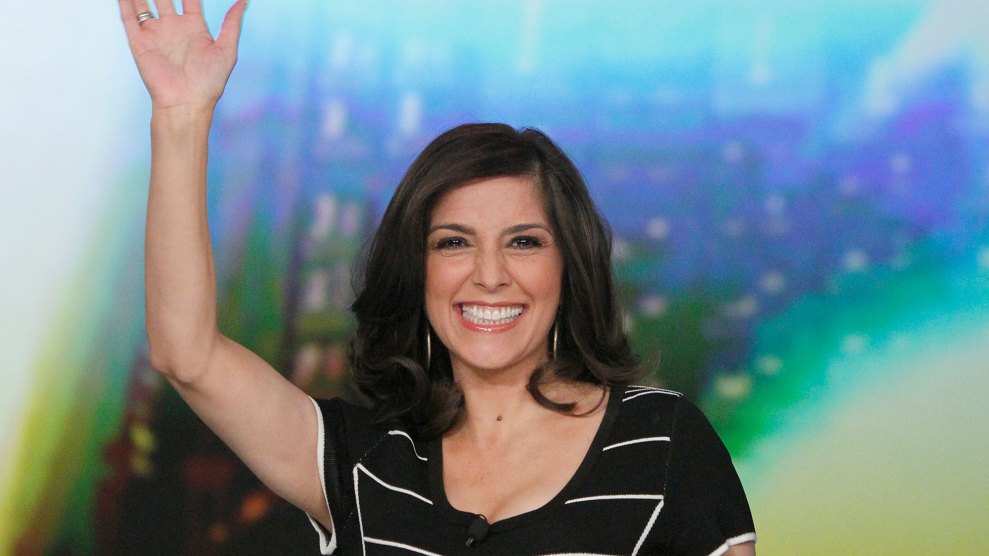 If you’re looking for an awkward facepalm emoji moment on cable news, I’ve got one for you. And it will make my fellow Latinos cringe even more. In many ways, we’ve seen versions of this before.

On Sunday Fox and Friends Weekend co-host Rachel Campos-Duffy spoke to three Republican, female, congressional candidates in order to highlight “another year of the Republican Woman,” during which more than 50 GOP women have thrown their hats in the ring. Some are Latinas and many are running for office the first time. Her panelists were Shukri Abdirahman who is running in Minnesota’s 5th Congressional district, Lisa Scheller from Pennsylvania’s redrawn 7th Congressional district (that includes Allentown), and former chair of the Kansas GOP, congressional candidate Amanda Adkins.

After first asking questions of Abdirahman (who was born in Somalia and whose last name she struggled to pronounce) about how being a single mom has impacted her politics, the host turned her attention to Adkins. “I’m going to move on to you Amanda, you are Hispanic,” Campos-Duffy said emphatically, by way of turning Adkins into the authority and spokesperson for all issues “Hispanic.”

“It’s no surprise from these polls Hispanics are fleeing the Democrat Party,” she continued as Adkins maintained a pleasant expression and no flicker of concern that she may have been misidentified. “Tell me, why you’re running and why you think Hispanics are so dissatisfied with the country right now and the policies coming from the Democrat Party ?”

“Well,” she said, “I’m not a Hispanic, but I am in a super-competitive district.”

All four women were on camera at the time, and Campos-Duffy seems to look down at her notes for a brief second when she hears this. Meanwhile, fellow panelist Scheller chuckles. (You can watch this uncomfortable moment here.)

Fox host this morning to GOP Congress candidate (KS) Amanda Adkins: “Amanda, you are Hispanic. No surprise from these polls, Hispanics are fleeing the Democrat Party. Tell me, why do you think Hispanics are so dissatisfied?

First, I have to admit that I’ve never watched Fox and Friends Weekend. Plus, I should confess that I’m not super familiar with many TV personalities across cable news channels. This means that not only didn’t I recognize the host in this clip, I didn’t even know her name. So I was surprised to see that her last name was Campos, and USA Today told me, when she got the Fox gig in 2021, that she was the “only Hispanic woman to co-host a cable news morning show.” A quick Google search also taught me that Campos-Duffy is the granddaughter of Mexican immigrants. (I also realized why she looked a bit familiar: She started out her TV career as one of the cast members in MTV’s The Real World San Francisco.)

I’m not saying that just because Campos-Duffy is Latina, she should never make a mistake like this. Of course, we all make mistakes. But the fact that she is Latina makes this particular moment a little more uncomfortable—giving me pena ajena. Adkins is to be credited for immediately correcting the host rather than dancing around the misidentification.

But it’s difficult not to move from this moment to the recent reveal that some white people have benefited and profited from taking on a fake Latinx/Hispanic identity— basically stealing opportunities from those who actually deserved them. Not that Adkins did such a thing!

Then there’s the other maddening aspect of how those of us who are Latinas are constantly asked to speak about the Latinx voting block as a monolith. As if we have some mythical unified vision, as opposed to being as individual and diverse as any group. While there are many unifying concerns and priorities amongst the many Latinx communities, I still have to constantly remind people that the experiences of a Mexican-American voter in the Southwest are not likely to be comparable to those of an Afro-Latino voter in New Jersey. I’ll let fellow journalist Adrian Carrasquillo’s tweet from November 2020 summarize this sentiment: “I realize some people want to tweet ‘Latinos aren’t monolithic’ on election night like it’s some profound comment but I just can’t do it anymore. Misunderstand Latino voters at your own peril, and that goes for campaigns as well as media.”

Anyway, much has already been said by smart people about all of this so I’ll just end with the observation that the weirdest thing about this clip for me was that the host doesn’t pause or lose a beat to address the misidentification of a white woman as Hispanic. At no point do the panelists answer Campos-Duffy’s question about how “Hispanic voters are fleeing” the “Democrat” party. After Adkins gave her speech explaining why she is running for office, I’ll give her some kudos for wanting to “highlight that there are some Latina business leaders who are running.” But let’s be clear, her answer had nothing to do with the question that started all this in the first place.