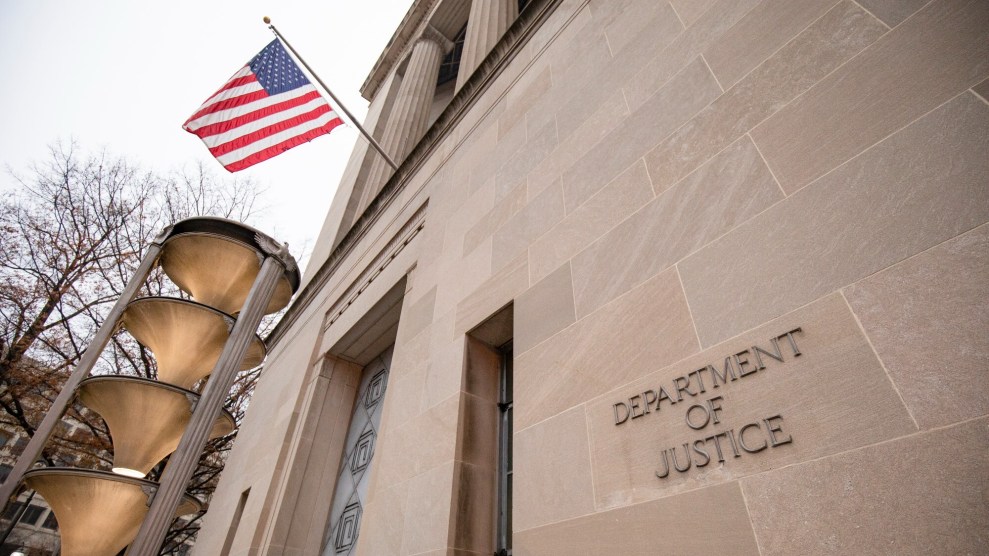 Nearly three years ago, a University of Kansas chemistry professor named Feng “Franklin” Tao was arrested and accused of concealing his work for a Chinese university. His arrest “disrupted the transfer of American intellectual property to China,” then-Assistant US Attorney Tony Mattivi would tell the New Yorker. It also inaugurated a new stage in the China Initiative, a Trump-era Justice Department program aimed at fighting Chinese espionage. Tao became the first academic charged under that program.

The Biden administration ended the China Initiative in February after years of heated criticism from academics and Asian American advocates, who have decried the program as overzealous and far-removed from its original national security goals. But Tao’s case lived on, trudging its way through federal court in Kansas City even as nine other scholars of Asian descent had their China Initiative cases dropped by prosecutors or dismissed by federal judges. This week, he was convicted on four charges of wire fraud and making false statements.

“While we are deeply disappointed with the jury’s verdict, we believe it was so clearly against the weight of the evidence we are convinced that it will not stand,” Tao’s attorney Peter Zeidenberg said in a statement. The judge in the case did not immediately set a date for sentencing.

While billed as a broad counter-espionage program, the bulk of China Initiative cases in the past two years involved research integrity issues like lying on a grant application, not spying or theft. During Tao’s trial, the judge barred mention of the China Initiative and the controversy surrounding the program, even as DOJ acknowledged its flaws publicly. “By grouping cases under the China Initiative rubric,” DOJ official Matthew Olsen said in February, “we helped give rise to a harmful perception that the department applies a lower standard to investigate and prosecute criminal conduct related to that country or that we in some way view people with racial, ethnic or familial ties to China differently.”

That “harmful perception” stems from the department’s own caseload. Nearly 90 percent of the people charged under the China Initiative were of Asian descent, according to data compiled by the MIT Technology Review. Meanwhile, the only high-profile academic in that span to be convicted was Harvard chemist Charles Lieber, who is white. (His attorneys have since argued for a new trial.)

“You work hard, you have good output, you build a reputation. But in the end, you’re treated like a spy.”

Even after the end of their legal ordeals, these scientists, researchers, and professors have struggled to resume a normal life. Anming Hu, a University of Tennessee engineering professor who was accused of espionage, earned his job back months after a judge threw out the charges against him, but in the process had to urge the university to expedite his rehiring. “You work hard, you have good output, you build a reputation,” Gang Chen, an MIT scientist whose China Initiative case was dropped in February, told the New York Times. “The government gets what they want, right? But in the end, you’re treated like a spy. That just breaks your heart. It breaks your confidence.”

Tao himself had been on unpaid leave from the University of Kansas since his arrest and has relied on GoFundMe donations to pay his legal bills. “Like Professor Tao, we were once prosecuted by our own government,” several other China Initiative defendants, including Chen and Hu, wrote in a letter on Tao’s GoFundMe page. “The nightmarish experiences ruined our lives and the lives of our families.”

Jenny Lee, a University of Arizona scholar who has surveyed Asian American academics about the China Initiative, said the program continues to ruin the lives of those caught in its wake. “For every Gang Chen, Anming Hu, or Charles Lieber, there are also many more who have been devastated, but don’t want to come forward,” she told me. “They don’t want to soil their professional reputations.”

The crime at issue in many of these cases is a failure to disclose outside funding or affiliations with a foreign university, which for academics is “an unfortunately widespread phenomenon” that “is typically subject to administrative remedies,” the New Yorker reported in an extensive profile of Tao. Adding to the confusion for researchers is the disparate way universities have reacted to the charges. At MIT, Chen received widespread support from fellow faculty and the administration. He was back in the lab a day after charges against him were dismissed.

Tao and other defendants have not been as lucky. Qing Wang, a Chinese American heart-disease researcher, lost his job at the Cleveland Clinic, a nonprofit medical center in Ohio, once DOJ accused him of failing to disclose his ties to a Chinese university on a federal grant application. After prosecutors dropped the charges, Wang did not regain his job and his grant-funded research remained “frozen,” the Washington Post reported.

The former US attorney often described as an “architect” of the China Initiative said the program had, “in some significant ways, lost its focus.”

The academic community is still looking for more clarity as to what kind of disclosure actions are required. Olsen did say in February that the department would better assess whether criminal prosecution is merited in research integrity cases “or whether civil or administrative remedies are more appropriate.” Even Andrew Lelling, a former US attorney in Massachusetts who is often described as an “architect” of the China Initiative, said in December that “the Initiative has drifted” from its original focus on economic espionage “and, in some significant ways, lost its focus.”

Rather than resolve the uncertainty facing US researchers of Chinese descent who either work in or have professional ties to China, DOJ’s actions leave open the possibility of future prosecutions without the “China Initiative” branding. For professors unfamiliar with rules for disclosure on grant applications, the response may be to avoid applying for government funding at all or moving their work outside of the United States. Haipei Shue, president of the advocacy group United Chinese Americans, which has rallied in favor of Tao and other China Initiative defendants, told me that his organization has received a “flood” of WeChat messages and emails after the verdict, “all of them with worry and concern about this trial.” However promising DOJ’s announcement was in February, several grant fraud cases remain ongoing. “The government has not backed off,” Shue said.

During our conversation, Shue mentioned Sherry Chen, a National Weather Service hydrologist whose 2014 arrest on suspicion of economic espionage served as a precursor to the prosecutions that would follow under the China Initiative. The federal government dropped the charges against her a year later, but Chen was not rehired and a lawsuit she filed against the Commerce Department to receive back pay has languished for a decade. “My lifetime of outstanding scientific work was destroyed,” she told NBC News this week. “And my entire life was shattered.”

DOJ may have eliminated the China Initiative, but its spirit lives on. As China continues to be a top issue in midterm election races across the country, pressure to maintain that focus on possible spies will only continue. “The Department of Justice canceled the China Initiative because a band of woke activists smeared it as racist and xenophobic,” Sen. Marco Rubio (R-Fla.) said in a statement last month. “We need to restart this important national security initiative right away.”