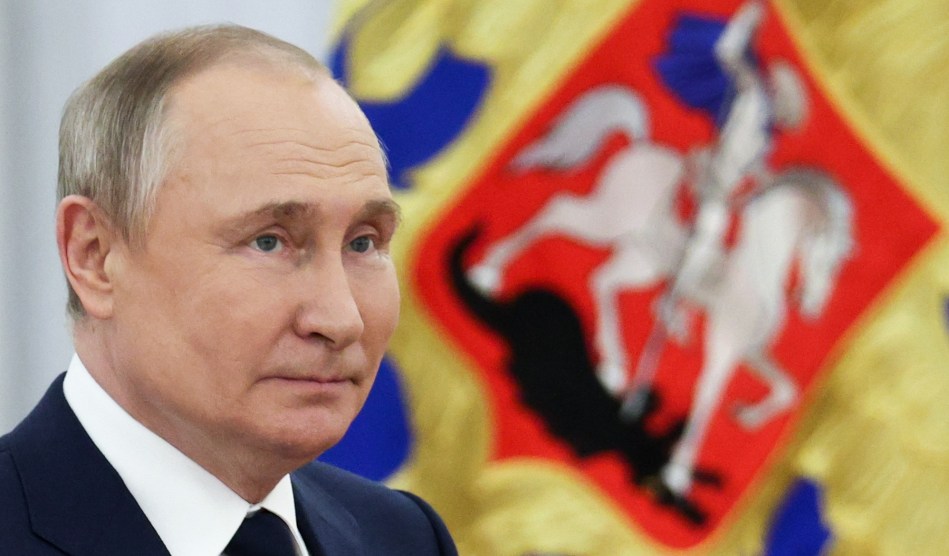 Russia has nearly doubled its revenues from selling fossil fuels to the EU during the two months of its war in Ukraine, benefiting from soaring prices even as volumes have been reduced.

Russia has received about $65 billion from exports of oil, gas, and coal in the two months since the invasion began, according to an analysis of shipping movements and cargos by the Center for Research on Energy and Clean Air.

The findings demonstrate how Russia has continued to benefit from its stranglehold over Europe’s energy supply, even while governments have frantically sought to prevent Vladimir Putin using oil and gas as an economic weapon.

Even though exports from Russia have been reduced by the war and sanctions, the country’s dominance as a source of gas has meant cutting off supplies has only increased prices, which were already high because of tight supply as global economies recovered from the Covid-19 pandemic. Crude oil shipments from Russia to foreign ports fell by 30 percent in the first three weeks of April, compared with rates in January and February, before the invasion, according to the CREA data.

But the higher prices Russia can now command for its oil and gas mean its revenues, which flow almost directly to the Russian government through state-dominated companies, have risen even while sanctions and export restrictions bite. Russia has effectively caught the EU in a trap where further restrictions will raise prices further, cushioning its revenues despite the best efforts of EU governments.

“Everyone who buys these fossil fuels is complicit in the horrendous violations of international law.”

Lauri Myllyvirta, lead analyst for CREA, said the cash propped up Putin’s war effort, and the only way to disable his war machine was to move rapidly away from fossil fuels. “Fossil fuel exports are a key enabler of Putin’s regime, and many other rogue states,” he said. “Continued energy imports are the major gaps in the sanctions imposed on Russia. Everyone who buys these fossil fuels is complicit in the horrendous violations of international law carried out by the Russian military.”

Russia in recent days has moved to cut off fossil fuel supplies to Poland and Bulgaria, which has provoked outrage. Louis J Wilson, senior adviser at campaigning group Global Witness, said Russia’s willingness to violate its own contracts meant businesses now had no excuse for continuing to trade with Russia.

“Fossil fuel majors and commodity traders who have continued trading in Russian fossil fuels, claiming that they are forced to do so by their long-term contracts, should take note of the value of the agreements they hold with Russian entities. Russia is willing to tear up these contracts to support their own war effort, yet European companies supposedly feel compelled to continue financing war crimes out of respect for them,” he said. “The corporate enablers of this deadly trade have shown they will stop at nothing to continue profiting from Russia’s blood oil.”

CREA’s data found that many fossil fuel companies continued to do high volumes of trade with Russia, including BP, Shell and ExxonMobil.

Germany was the biggest importer in the last two months, despite repeated avowals by the government that halting dependence on Russian oil was a priority. The country paid about $9.5 billion for imports during the period. Italy and the Netherlands were also big importers, with about $7.1 billion and $5.9 billion respectively, but as those countries operate major ports, which take in products for refining and use in the chemical industries as well as for domestic consumption, many of those imports were probably used elsewhere.

A spokesperson for Shell told the Guardian that the company had taken decisive action in response to Russia’s war on Ukraine. “We have announced our intent to exit our joint ventures with Gazprom and related entities and to phase out all Russian hydrocarbons, in consultation with governments. Since we announced this intent, we have stopped all spot purchases of Russian crude, liquefied natural gas and of cargos of refined products directly exported from Russia.”

“We have not made any new contracts for Russian products since the Russian invasion,” said an ExxonMobil spokesperson.

And a spokesperson for Exxon said: “We support the internationally coordinated efforts to bring Russia’s unprovoked attack to an end, and we are complying with all sanctions. We have not made any new contracts for Russian products since the Russian invasion, and there are no deliveries of Russian crude or refined products currently scheduled for the UK. We will not invest in new developments in Russia.”

“Two months after Putin invaded Ukraine, Germany is still funding the Russian war chest to the tune of €4.5 billion (~$4.7 billion) a month. Berlin is the largest buyer of Russian fossil fuels,” Bernice Lee, a research director at the Chatham House think tank, told the Guardian. “The world is looking to Germany to demonstrate strength and determination towards Russia, but instead they’re bankrolling the war and blocking a European embargo on Russian oil.”