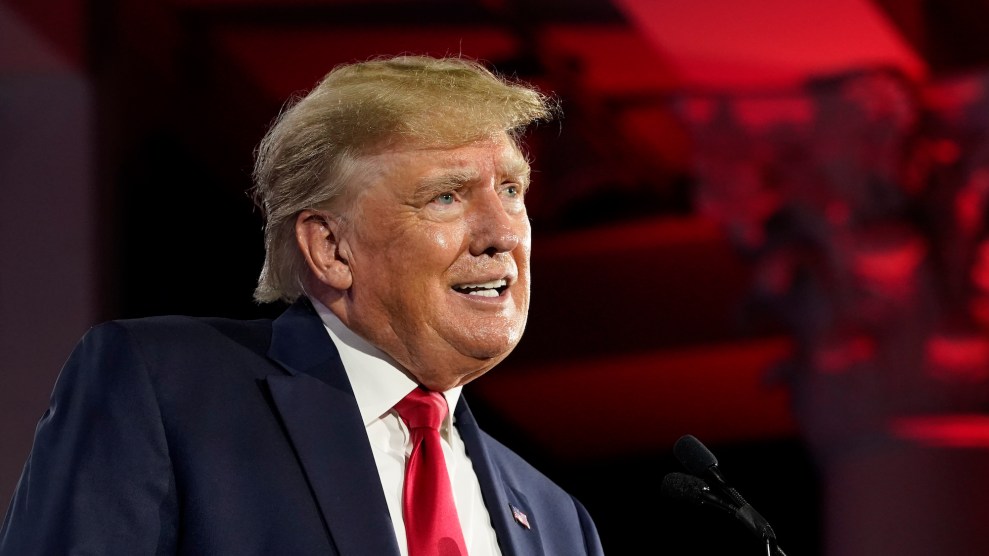 Since the formation of the House select committee to investigate the January 6, 2021, attack on the US Capitol, a question has loomed large over its proceedings: Will the panel issue a criminal referral of President Donald Trump for his pressure campaign to overthrow the 2020 election results? While the panel doesn’t have the power to itself pursue criminal charges against Trump, it could recommend that the Justice Department investigate him for his actions to subvert the peaceful transfer of power. The issue has divided panel members, who are in agreement that Trump’s actions amounted to a criminal conspiracy but conflicted over the potential political consequences of making a criminal referral for the former president, CNN has reported.

Yet public support for such a move is rising as the committee continues to hold hearings revealing the findings of its 11-month investigation. According to a new poll from ABC News/Ipsos, 58 percent of US adults support prosecuting Trump for the riot—including 91 percent of Democrats and 19 percent of Republicans. (About 60 percent of independents believe Trump should be charged.)

That’s an increase from late April, when the same pollsters found that barely over half of US adults supported charging Trump. The results may indicate the persuasive effect of the committee’s first three hearings, which have so far spun a compelling narrative about how Trump and his cronies attempted to undermine the election. About 60 percent of US adults believe the committee’s investigation has been fair and impartial, according to the new poll.

Of course, it’s not up to the American public whether to charge Trump—it will be up to Attorney General Merrick Garland. So far, Garland’s Justice Department has declined to act on two of the four criminal referrals the committee has already sent to the department, against former Trump chief of staff Mark Meadows and aide Dan Savino, while pursuing charges against two other Trump associates, Steve Bannon and Peter Navarro, for not complying with the Congressional investigation. DOJ could also choose to charge Trump without a referral from the House select committee. But the move to make a criminal referral would carry heavy symbolic weight, putting Garland in a tight spot.

Rep. Bennie Thompson (D-Mississippi), the chair of the committee, said last week said that it is “not our job” to issue a criminal referral for Trump. It didn’t take long for other committee members to make their own public statements clarifying that no decision had yet been made. And Thompson soon walked back his comments: “We’ve not actually discussed criminal referrals as a committee,” he told CNN. “Individuals have talked about it, but our primary mission is to get all of the facts and circumstances that brought about January 6, and that’s what we’re doing.”