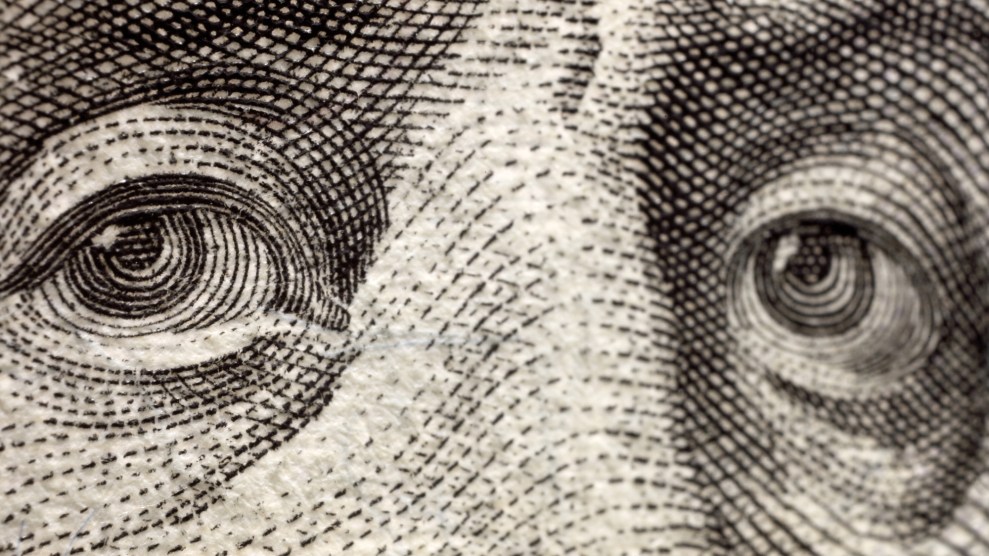 Joe. Friggin. Manchin. The odds weren’t good for Congress to make the mega-wealthy pay more taxes, but the Democratic senator from West Virginia killed off any chance of it on Thursday, declaring that he wouldn’t support any tax increases to fund Democratic priorities, including programs to control climate-warming emissions.

Manchin’s move comes just as groups of wealthy progressives who want the federal government to show less financial favoritism toward, well, them, were busy launching new campaigns in favor of taxing the mega-rich, which polling shows is a popular policy. On Wednesday, four groups affiliated with high-net-worth liberals—Patriotic Millionaires, Responsible Wealth, Solidaire, and Voices for Progress—publicly urged Senate leaders to enact the so-called millionaire surcharge, which already appeared to have been stripped from the reconciliation budget that Senate Majority Leader Chuck Schumer had been negotiating with Manchin and the party’s other legislative bête noire, Sen. Krysten Sinema of Arizona.

Despite its misleading moniker, the proposed millionaire surcharge would only have affected the top-earning 0.02% of taxpayers, slapping a 5 percent additional tax on individuals with adjusted gross incomes—that’s after deductions—exceeding $10 million, and another 3 percent on incomes above $25 million. It would have raised an estimated $230 billion over 10 years, the Biden administration said. With the initiative now dead, Patriotic Millionaires and the others expressed their condemnation.

R.I.P. Build Back Better.
What could have been an amazing opportunity for Americans, ensuring better jobs & economics for millions, is now gone.
We owe a round of applause to @Sen_JoeManchin for making sure the 1% stay on top and the middle class suffers.https://t.co/mAAbeXFn9J

The surcharge had been included in the version of Build Back Better passed by the House last November. The nonprofit Americans for Tax Fairness calculated that it would have raised the average federal tax rate of the nation’s 15 highest earners from 22.4 percent to just under 30 percent. Bill Gates, for example, whose average annual income from 2013 to 2018 was a tad over $2.8 billion, would go from paying 18.4 percent to 26.4 percent overall. But Manchin and Sinema killed the proposal.

The Finance Committee’s Hail Mary was to eliminate those exemptions, a move that would bring in about $250 billion over a decade, Rosenthal noted—more than the millionaire surcharge would have. “And who is hit?” he said. “It’s really at the very top end.” The proposal to kill the NIIT loopholes had better odds of survival than the surtax did, he added, although “it’s unclear to me that anything will be enacted” by this Congress.

Meanwhile this week, Bay Area activist and philanthropist Alan Davis launched the new Excessive Wealth Disorder Institute—the name was inspired by a Paul Krugman column—with the goal of tackling wealth inequality from the top down. Although Davis launched EWDi on Bastille Day, he’s not actually seeking the removal of super-rich people’s heads—just the removal, in his view, of their undeserved financial advantages.

EWDi “will study all things related to the ultra-rich, the 0.1% of our society, and promote a cure for this disorder which is affecting all of us, whether one is ultra-rich or not,” Davis wrote in the newsletter of the Crisis Charitable Commitment, a philanthropic reform effort he also spearheads. “We’ll lift up the excessive wealth problems, challenge so-called meritocracy, and explore what it means to have ‘enough,’ so that we move toward an economy built on shared prosperity and racial justice.”

For its first project, the Tax the Ultra-Rich Now campaign, EWDi is teaming up with Americans for Tax Fairness, Working America, Health Care for America Now, the Working Families Party, and others to highlight tax and inequality issues in five battleground states—Georgia, Nevada, North Carolina, Pennsylvania, and Wisconsin—in the run-up to fall’s midterm elections. The institute also hopes to replicate the landmark experiments of psychologists Michael Norton and Dan Ariely, who demonstrated, based on survey data collected in 2001, how poorly Americans understood the magnitude of wealth inequality in the United States.

In 1985, the wealthiest 18 people in America controlled about 0.1 percent of the nation’s overall wealth. Now they own 1.2 percent.

Some 225 participants joined Thursday’s Zoom call announcing the launch, where guest speaker Gabriel Zucman, a UC Berkeley economist who specializes in inequality and tax havens, gave a short presentation. Zucman displayed a chart that I discuss in my own recent book, Jackpot, showing the combined rate of state, federal, and local taxes we Americans pay depending upon our income tier.

Tallying up the combined taxes results, basically, in a big flat tax across income groups that averages about 28 percent. The lowest-income Americans pay about 25 percent on average, and the 0.1 percenters pay a little over 30 percent—but when you hit the tippy tip-top, the overall tax rate of the 400 highest earners sinks below that of America’s poorest. That’s because, as Zuman explained, it’s easy for billionaires, with all their fancy lawyers and accountants, to structure their finances so as to avoid taxable income almost entirely.

Zucman showed another chart, this one depicting the share of the total national wealth held by the 18 richest people in America—the top 0.00001 percent. In 1985, this rarified group owned about 0.1 percent of the spoils, according to his data. Now they own 1.2 percent.

“Just pay your taxes!” mused another speaker, Maurice Mitchell, national director of the Working Families Party. “It is a very easy idea for most people to understand. When you hear that ideas are ‘complicated,’ what that usually means is that the very wealthy or the powerful will have to give up wealth or power. That’s the complicated in complicated—it isn’t that complicated.”

“We believe the wealthy and powerful don’t deserve a special seat all to themselves in the halls of power,” he went on. “In a democracy, they must wait their turn like everybody else and take their appropriate space, and not elevate their voice with their money, power, and privilege.” And right now is the time this needs to happen, he insisted, because “Over the next decade, we’ll be deciding whether we’ll be a democracy or an autocracy.”