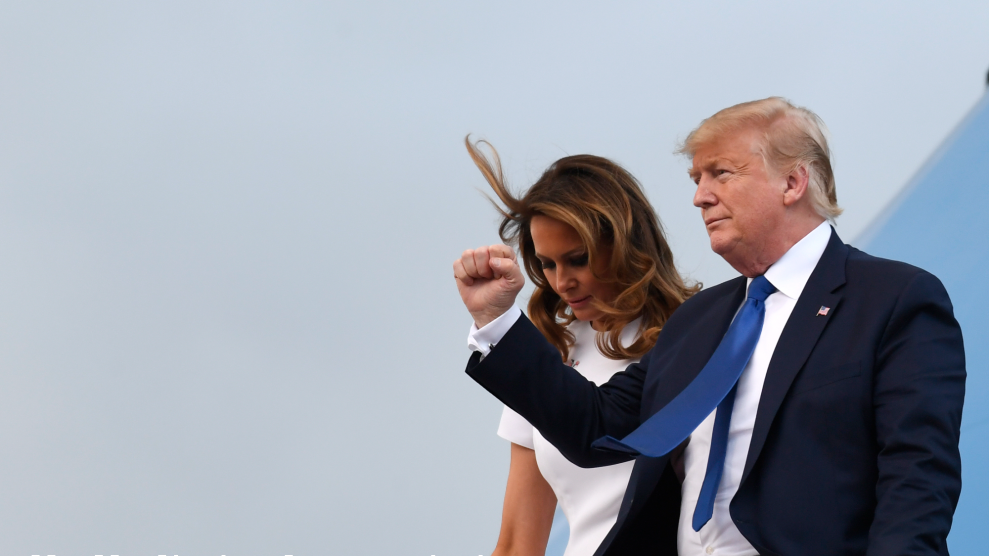 When Donald Trump won in 2016, after fully not expecting to upon announcing his run, the transition period was a chaotic mess, leaving hundreds of government positions unfilled. This time around, Trump’s allies won’t be asleep at the wheel, according to a new Axios report. But the result might be the same.

Trump’s team is planning on “purging potentially thousands of civil servants and filling career posts with loyalists to him and his ‘America First’ ideology,” Axios‘ Jonathan Swan reported in a lengthy piece Friday morning.

Using an executive order that would make it easier for Trump to fire federal employees, his White House would proceed to remake the Executive Branch in his image, ultimately turning over “thousands of mid-level staff jobs.” Here’s Axios on the plan (bolding in original):

The impact could go well beyond typical conservative targets such as the Environmental Protection Agency and the Internal Revenue Service. Trump allies are working on plans that would potentially strip layers at the Justice Department—including the FBI, and reaching into national security, intelligence, the State Department and the Pentagon, sources close to the former president say.

The result would be a fully-politicized civil service that, in effect, proves Trump’s own conspiracy theory correct. Once a MAGA Corps is installed, there would be a “Deep State,” just one loyal to Trump. Then his successor has the choice, as the report lays out, of “whether to replace them with her or his own loyalists, or revert to a traditional bureaucracy.”

We got a taste of Trump’s plans in October 2020 when he signed the executive order re-categorizing thousands of federal workers as “Schedule F,” making them lose the employment protections that are afforded to non-political government workers. Biden rescinded the order, but with a full term to implement it, Trump could have the government of his dreams. The Republican fantasy of small government—slashing entire agencies—could be taken even further under this regime.

This plan does not bode well for anyone working in the national security agencies. Axios reported that “as a matter of top priority,” Trump plans to “clean house” at the State Department and intelligence community, get rid of the “woke generals” at the Pentagon, and “remove the top layers of the Justice Department and FBI.”

If you were curious about the Dream Team putting this together, Swan has plenty of details, including the rising importance of Kash Patel, a former aide to Rep. Devin Nunes (R-Calif.), who Trump tried unsuccessfully to put near the top of the CIA before leaving office. Patel, naturally, “recently authored an illustrated children’s book about the Russia investigation in which ‘King Donald’ is a character persecuted by ‘Hillary Queenton and her shifty knight.'”

Patel, of course, is Trump’s odds-on favorite to run the CIA or FBI, if he can make it through Senate confirmation. Richard Grenell, the shit-posting multitasker who somehow ran the US intelligence community while serving as ambassador to Germany, is Trump’s favorite for Secretary of State.

There is much more in this piece about the outside groups, including the Heritage Foundation and the Koch network, helping to crowdsource MAGA personnel for Trump. You really should read the full report—and I mean read (somehow Swan got a dispensation from having to use the Axios-brand bullet points).