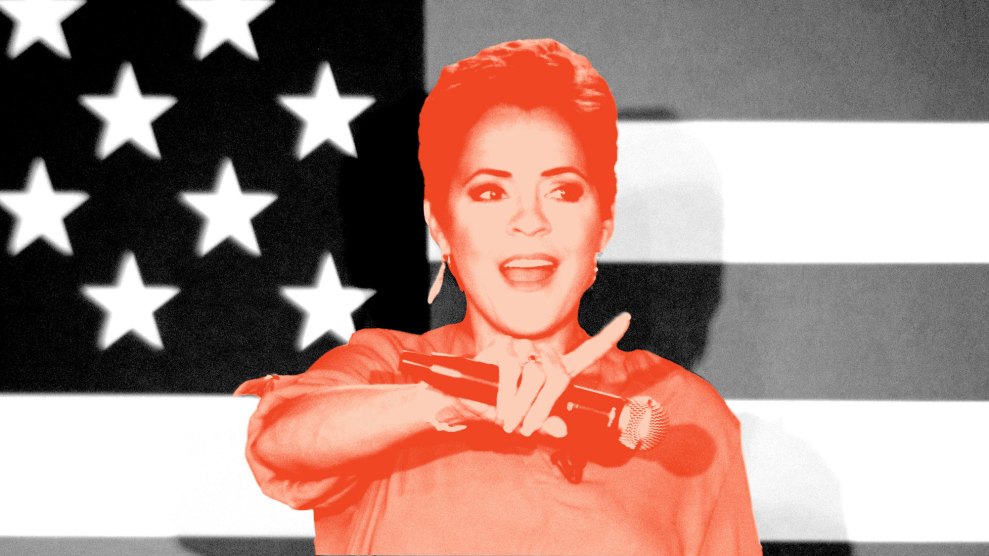 After spreading baseless claims of election fraud in the Arizona gubernatorial primary, Republican Kari Lake has won her party’s nomination. The Donald Trump-backed candidate and former FOX 10 Phoenix anchor defeated real estate developer Karrin Taylor Robson, who received endorsements from former Vice President Mike Pence and current Gov. Doug Ducey and invested $15 million of her own money in the campaign. Lake, a steadfast proponent of the Big Lie, had been the frontrunner, building her campaign around Trump’s stamp of approval—and the support of election deniers like Rep. Paul Gosar, former national security adviser Michael Flynn, and My Pillow’s Mike Lindell. Lake campaigned on election conspiracy theories, anti-immigrant and pro-border enforcement rhetoric, and her repudiation of the very media that gave her a platform.

Lake announced she was running for governor three months after ending her 22-year career with the Fox affiliate. In a video making her resignation public, Lake said she no longer approved of the direction journalism was going and that media needed more balanced and diverse viewpoints. “Not everyone is dedicated to telling the truth, but thankfully many of you have figured that out,” she said. “I promise you: If you hear it from my lips, it will be truthful.” She has continued to call the media the “enemy of the people” and appeared in a campaign video smashing televisions while vowing to take a “sledgehammer to leftist lies and propaganda.” Her conversion from TV personality to media-basher seemed to be a strategy intended to turn a “potential liability with Republican voters to an asset,” as Melanie Mason writes in the Los Angeles Times.

Kari Lake has been contending for weeks now their is fraud & irregularities in her *primary* election — yet, below, she’s unable to offer a single specific allegation & refuses to answer why she wouldn’t take such intel to authorities. https://t.co/wxi4z0X2Ha

On various occasions during the campaign, Lake has hinted at supposed attempts to steal the primary election, but she has refused to provide any evidence to support her claims. “I’m not going to clarify it,” she recently said on a radio show. “We are on to some things that are very suspicious and possibly illegal. We’re working on it. I don’t want to ruin the investigation.” The chairman of the Maricopa County Board of Supervisors, which oversees elections in the state’s largest county, called her allegations “beyond irresponsible.” As part of her election integrity platform, Lake has proposed a ban on ballot-counting machines.

In the past, Lake has called for the imprisonment of Arizona Secretary of State Katie Hobbs, a Democrat who certified the 2020 election results and is now running for governor. The Daily Beast described Lake as “Exhibit A in the Trump team’s plan to install friendly governors in states to potentially overturn votes in his favor in 2024.”

On Wednesday, as votes were still being counted, Lake once again cast doubt on her own race. That didn’t stop her from declaring an early victory as soon as she took the lead. “I am not satisfied with how the election was run,” Lake told RealAmerica’s Voice. “We had major issues yesterday, major issues and they are being reported by everyday voters. We’ve got to get our elections reformed so that every Arizonan, whether they be Democrat, Independent, or Republican, when they go to bed on Election Night they know the winner and they’re satisfied that it was a fair election. We don’t have that right now.”