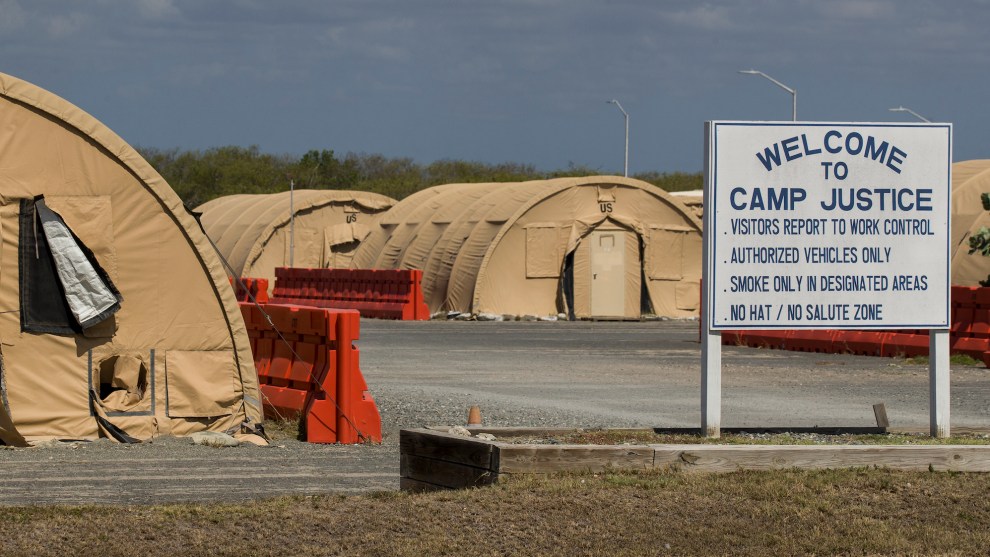 The Guantanamo Bay detention center isn’t anyone’s idea of an assisted living facility. But the controversial prison that former defense secretary Donald Rumsfeld declared in 2002 would hold “the worst of the worst” terrorism suspects has been open for so long that many inmates are now elderly people with health problems. Today, the Biden administration finally released the oldest prisoner, a 75-year-old Pakistani man, Saifullah Paracha, and returned him to Pakistan. Paracha, once a wealthy businessman who lived in New York City, had been at the Cuban base since 2003, when the US government “captured” him in Thailand. He was never charged with a crime.

According to the Associated Press, Paracha suffers from diabetes and heart problems, among other ailments, and is in such poor health that the government says he is “not a continuing threat” to the US. It’s not clear that Paracha was ever a threat to the US. His son Uzair Paracha, then 23, was convicted in the US in 2005 of providing material support for terrorism, in a prosecution based on the same witnesses who provided the basis for holding his father in Cuba. In 2020, a federal judge threw out those witness statements in his case, largely because the government had withheld exculpatory material about them from Uzair’s lawyers, and Uzair was returned to Pakistan.

Those witnesses, also held at Guantanamo, included people the CIA tortured and waterboarded, notably Khalid Sheik Mohammed, the man the government accuses of masterminding the 9/11 attacks on the World Trade Center. After nearly 20 years in US custody, first in a secret prison, then at Guantanamo, KSM will finally stand trial for his alleged role in 9/11 early next month. (He’s not as old as Paracha, but at 57, KSM has reached the age of AARP membership eligibility.)

In 2003, the Guantanamo detention center held more than 700 people that the George W. Bush administration alleged could be held indefinitely without trial because the military base was on foreign soil. President Barack Obama tried to close the facility but struggled to find countries to take many of the inmates, particularly a group of 17 innocent Uyghurs who hadn’t commit any crimes but did not want to return to their home country of China, where the Turkic language-speaking Muslims were sure to be persecuted. In 2008, a federal judge required the Bush administration to resettle them in the US, and they were headed to a small Uyghur community in Northern Virginia before Republicans blocked the transfer. They ended being sent to Palau, an island doomed by climate change to be underwater soon.

Obama did manage to whittle down the population at Guantanamo before President Donald Trump stopped the process. President Joe Biden has resumed the effort to shut down the detention center.  In April, the administration released an Algerian detainee who’d spent 20 years at Guantanamo. His release came 14 years after the government had dropped all terrorism charges against him and six years after he’d been cleared for release to Algeria. There are now 35 inmates at the Cuban naval base, 20 of whom have been cleared for release.