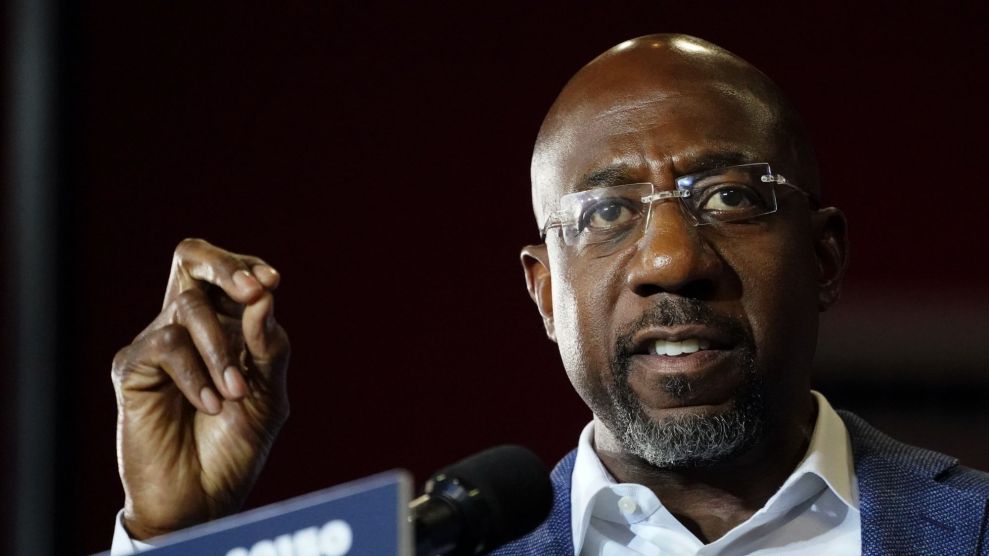 When Nevada’s Catherine Cortez Masto finally won her reelection battle Saturday evening, it became clear that Democrats would retain control of the US Senate. Cortez Masto’s victory gave her party 50 seats in the upper chamber, meaning that even if incumbent Sen. Raphael Warnock (D) were to lose to Herschel Walker (R) in next month’s Georgia runoff, Vice President Kamala Harris would be able to cast tie-breaking votes in the Dems’ favor. That’s the same situation that has existed for the last two years, and it has allowed Democrats to pass landmark legislation and confirm dozens of judicial nominees.

Shortly after Cortez Masto’s race was called, an influential journalist tweeted, “Democrats don’t even need Georgia.” The author deleted that tweet, but not before it went viral and sparked intense debate online. I don’t think there was anything nefarious about the tweet; it’s the type of poor phrasing that can happen to any of us—especially after five days of covering every twist in the midterm election results. Still, it’s worth taking a look at a few of the reasons why the Georgia runoff really is a very big deal:

Let’s start with the most obvious point. There are nearly 11 million residents of Georgia, and many of them care deeply about who represents them in Washington. I’ll leave it at that.

This is also pretty obvious, but 51 is more than 50. You’ve probably noticed that Democrats—two Senate Democrats, in particular—don’t always line up behind President Joe Biden’s agenda. More seats mean more room for comfort on any given vote. A Warnock victory would give the Dems a 51-49 advantage, so if either Sen. Joe Manchin or Sen. Kyrsten Sinema broke with their party, Harris could still cast a tie-breaking vote. In addition, Democrats could still win floor votes if one or two of their members were absent.

1) Having a majority on each Committee versus power sharing/deadlocks requiring discharge petitions;

2) No single D Senator can hijack/block nominations; and

3) Ds can have *two* members absent and still hold votes.

In the current 50-50 Senate, Democrats don’t fully control committees. That’s because the power-sharing agreement that organizes the evenly divided chamber mandates that committees be “composed equally of members of both parties.” The vice president can’t break tie votes in the committees, so if Republicans stick together, they can make it difficult, or at least more time-consuming, for Democrats to govern. Having a true majority in the Senate would give Democrats majorities on most committees, too.

Judges are perhaps the clearest example of the difficulties posed in committees by a 50-50 Senate. Republicans on the Judiciary Committee can currently prevent nominees they oppose from proceeding directly to a confirmation vote in the full Senate. This doesn’t kill a nomination altogether, but it does require Dems to use up valuable time jumping through procedural hoops on the Senate floor.

If Warnock wins the Georgia runoff, Schumer can pick up the pace of judicial confirmations. No more Senate Judiciary Committee deadlocks that force Democrats to waste time on floor votes for discharge petitions. 51-49 would be huge.

The Senate is full of lawmakers whose advanced age or poor health makes it at least somewhat likely that they won’t be able to serve their full terms. As the New York Times has detailed, at least one senator has died during all but a handful of two-year congressional cycles in US history. Some senators hail from states where vacancies are filled by special election—that’s how Democrats lost Ted Kennedy’s seat, and with it their filibuster-proof supermajority, in 2010. In other states, a GOP governor could appoint a Republican to replace a deceased Democrat.

If the 2022 Senate map seemed daunting for Democrats, it’s nothing compared to what is coming two years from now. Depending on how you count, there could be competitive races in up to a dozen seats currently held by Democrats. Controlling an additional seat now—a seat that won’t be up for reelection for six years—would make things slightly less difficult in 2024.