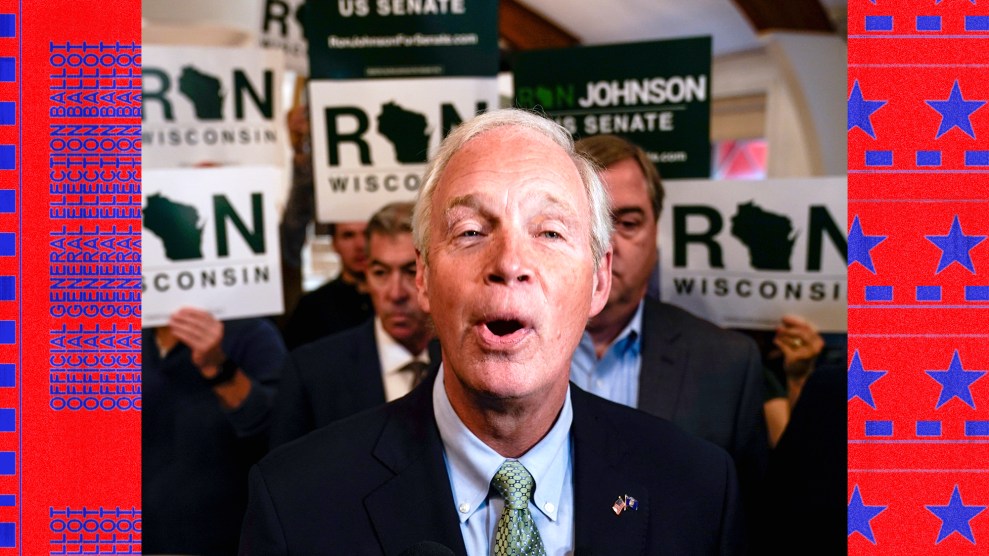 Ron Johnson has done it again. Despite a low approval rating, a litany of baseless assertions about Covid-19, and allegedly aiding in the failed coup attempt of January 6, the wealthy senator has won a third consecutive term to represent Wisconsin. He defeated Wisconsin Lieutenant Governor Mandela Barnes, a 35-year-old would-be rising star in the Democratic Party.

Johnson was considered one of the most vulnerable Senators this election. That is in part because on the morning of January 6 his chief of staff texted an aide of former Vice President Mike Pence and offered to provide alternate electors that would vote for Donald Trump, even though Joe Biden won Wisconsin. Johnson has denied involvement and has also repeatedly downplayed the event.

The race was close. In the final weeks, Barnes look increasingly unlikely to previal. But he outperformed late prognostications of an easy Johnson win on election night.

As I wrote in July, when Barnes clinched the nomination, the two candidates offered as stark a contrast as any national race this cycle, both politically and biographically.

Johnson, who was first elected in the Tea Party wave of 2010 portrayed himself as a self-made businessman, with little political experience. In fact, his main accomplishment was successfully marrying the daughter of the billionaire Howard Curler. Because of this Johnson is one of the richest people in the Senate. According to a report from the Congressional Integrity Project, his wealth has doubled since he’s been in office thanks to “self-dealing in both the private sector and the U.S. Senate.”

Barnes is the son of a schoolteacher and a General Motors assembly-line worker, who grew up working-class on Milwaukee’s predominantly Black north side before becoming a community organizer. The 2011 Wisconsin State Capitol protests against then-Governor Scott Walker’s radical anti-union legislation inspired him to run for office, according to the New Yorker. He ascended through the Wisconsin Democratic Party quickly, serving two terms in the state legislature before winning lieutenant governor in 2018.

His Senate run split the difference of the 2020 Democratic presidential primary––gaining endorsements from Bernie Sanders, members of “The Squad,” and moderate senior Democratic leadership like House Majority Whip Jim Clyburn. Barnes’ campaign portrayed Johnson as a member of the privileged elite, who wanted to ban abortion and who once called medicare and social security “a ponzi scheme.” Barnes emphasized a need to increase the union jobs of his parents and a return to domestic industrial policy, in contrast to Johnson’s long history of outsourcing manufacturing.

After the primary, one poll showed Barnes leading by seven points. That’s when Republicans kicked off an avalanche of attacks that took cues from the infamous George H.W Bush Willie Horton ad of 1988. There was a mailer that appeared to darken the skin-tone of Barnes. At a debate, Johnson blamed Barnes for “inciting the Kenosha riots”—a reference to the aftermath of the police shooting of Jacob Blake in the summer of 2020, a highly-charged event that reverberated throughout the state.

Republicans have seized on the symbolism of Barnes as a Black candidate from Milwaukee, where about 70 percent of the state’s Black population lives. Statewide, in the governor and attorney general races, Republicans in Wisconsin went all-out in portraying Milwaukee as a city full of “shooting galleries” full of “murder and mayhem.”

The most sensationalistic attack on Barnes was the attempt to tie him to the Waukesha Christmas parade massacre in 2021—when a Black man plowed through a crowd in the suburban Milwaukee city, killing six and injuring more than sixty. The man had been released on bail five days prior. Because Barnes had written a bail reform bill in the past, he was portrayed as responsible. (Barnes bill didn’t pass, and had a provision that gave judges power to retain custody of people who were considered dangerous). The ad closed with Barnes name and face juxtaposed to Alexandria Ocasio-Cortez, Rashida Tlaib, and Ilhan Omar with the words, “DIFFERENT,” and “DANGEROUS.”

“The way Milwaukee is talked about feels very familiar to the ways people talk about Mandela,” Milwaukee-based community organizer Angela Lang, who is Black, recently wrote at the Wisconsin-politics focused Substack “The Recombobulation Area.”

While campaigning on Barnes’ behalf in late October, former President Barack Obama gave him about as ringing of an endorsement as possible, reciting his biography and stating that, “if that’s not a true-blooded Wisconsin, American—then I don’t know what is.” This rhetoric was a response to Johnson’s main strategy, something that Obama knows well: to portray Barnes, who is Black, as an “other.” It wasn’t enough.

National pundits and pollsters have complained about Democrat’s messaging on crime. But it’s difficult to see that as much more than election rhetoric. In the 2010s there was an increasing appetite for criminal justice reform within the mainstream of the Democratic party, and even among some Republicans. And so clips of Barnes saying he wanted to reduce the state’s prison population by half, or stating his support for bail reform policies weren’t difficult to find. If such rhetoric appears to be political suicide then it’s hard to say what winning would even mean.

If anything, Barnes should be applauded for not ceding too much ground to Johnson. He was very close to unseating the senator while sticking with his own values. When asked about gun violence during a debate, Barnes resisted a “Sister Souljah moment” and refused to pathologize criminals as super-predators. Instead, he spoke of the economic determinants of crime, telling a story of deindustrialization and the loss of meaningful work and livable wages like his grandfather and father’s union manufacturing jobs, and how that has created a subsequent rise in gun violence that has personally led to Barnes seeing friends die.

In 21st century Milwaukee, Black men incarcerated in Wisconsin correctional facilities have often outnumbered Black men employed in the city’s remaining factories, according to Marc Levine of the University of Wisconsin-Milwaukee.

“He’s the kind of candidate the Democrats should have been running for the last twenty-five years,” Dave Poklinkoski, the former president of the International Brotherhood of Electrical Workers Local 2304, in Madison, told the The New Yorker. “You have to wonder if it’s too little, too late.”

If Ron Johnson won, despite everything, then maybe the problem is not messaging—on crime or anything else. It could be a lot deeper than that.