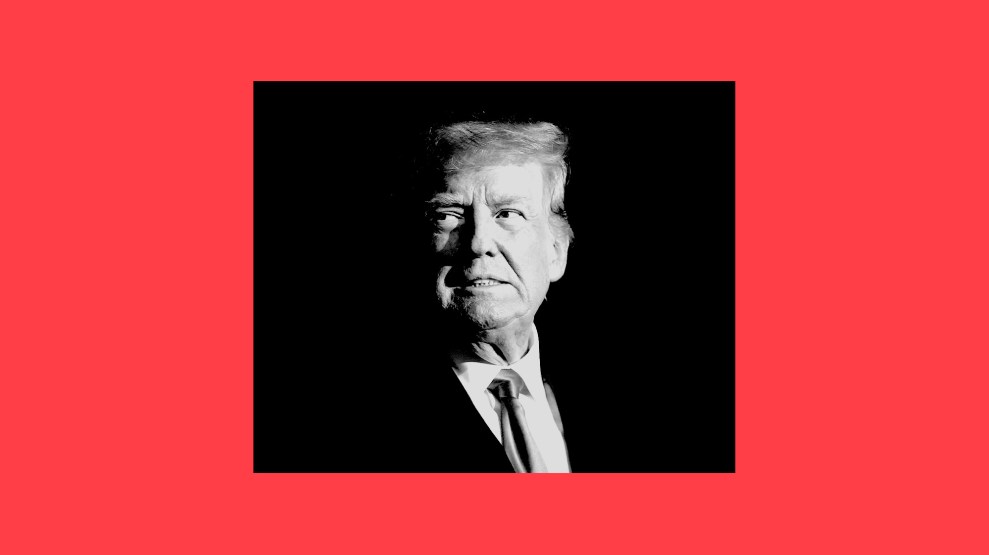 The full impact of Tuesday’s midterm elections won’t be clear for days, if not weeks. But the results in the East and Midwest were nowhere near as bad for Democrats as they could have been, in part because of a familiar dynamic: Donald Trump is a really bad judge of competence and character. During this year’s Republican primaries, Trump sought to demonstrate his dominance over the party and influence over the electorate by backing a cast of individuals who could have played The Guy Who Hijacks a Submarine in a 1990s thriller. In the general election, it didn’t go great.

Nowhere was Trump’s influence more pronounced than Pennsylvania, which he claimed had been stolen from him in 2020, and where his legal team and supporters went to great lengths to disenfranchise the state. In the race for governor, he threw his weight in the primary behind Doug Mastriano, a hard-right state senator who was outside the Capitol on January 6, backed the idea that state legislatures can overturn the popular vote in their states, and talked frequently about using the power of his office to appoint a secretary of state who shared his views. Mastriano had also called for women who obtain abortions to face murder charges. Mastriano lost the general election, and it wasn’t even particularly close.

The daytime television star Dr. Oz, whom Trump carried across the finish line in an expensive and competitive primary—Trump’s reasons for backing a TV doctor probably don’t need a ton of parsing—came closer in his race against Democrat John Fetterman. But Oz, to the surprise of perhaps Trump and no one else, turned out to be a terrible candidate, who did not appear to really have much of a connection to the commonwealth of Pennsylvania.

There’s a world in which Oz might have simply used his celebrity status to run a normal campaign, but he ran an extremely Trumpian one instead. Oz’s campaign attempted to turn Fetterman’s recent health crisis into not just a question of strength and stamina, but of morality—he didn’t just have a stroke, he deserved one. “​​If John Fetterman had ever eaten a vegetable in his life, then maybe he wouldn’t have had a major stroke,” Oz’s spokesperson said in September. It’s the kind of unfathomably mean and unnecessary statement that would have made Trump proud, but it’s not hard to see how such a message lost.

In New Hampshire, a state with a popular Republican governor, and where Democratic Sen. Maggie Hassan won by the narrowest of margins in 2016, Trump’s political instincts cost Republicans a shot at another pickup opportunity. He backed Don Bolduc—a retired Army general who claimed that schools were leaving out litter boxes for kids who identified as animals, said that the above-mentioned popular Republican governor was a “communist Chinese sympathizer,” and insisted that the 2020 election was stolen (until immediately after the primary, when he announced that he’d changed his mind). Bolduc, unsurprisingly, lost, even as Gov. Chris Sununu easily won another term.

Trump wasn’t completely shut out. JD Vance, whom he carried to victory in the Ohio Republican Senate primary, defeated Democratic Rep. Tim Ryan—albeit in a race that wasn’t expected to be as close or as expensive as it ultimately proved to be. Another MAGA Republican, Rep. Ted Budd, was elected to the Senate from North Carolina. And there’s still a reasonable chance that former local TV news anchor Kari Lake—who has called for the results of the 2020 election in her state to be decertified—could be elected governor of Arizona. As I wrote in a profile of Lake before the election, a victory by her would be a major event in American politics, and it would cement Trump’s legacy in the future of the Republican party, in one of the nation’s tightest swing states.

But Republicans weren’t just looking for a few big wins on election night. They expected a big red wave. And, just like when he worked in the White House, Trump’s inability to surround himself with the best people—and instead gravitating toward people just like him—ended up costing his party big time.