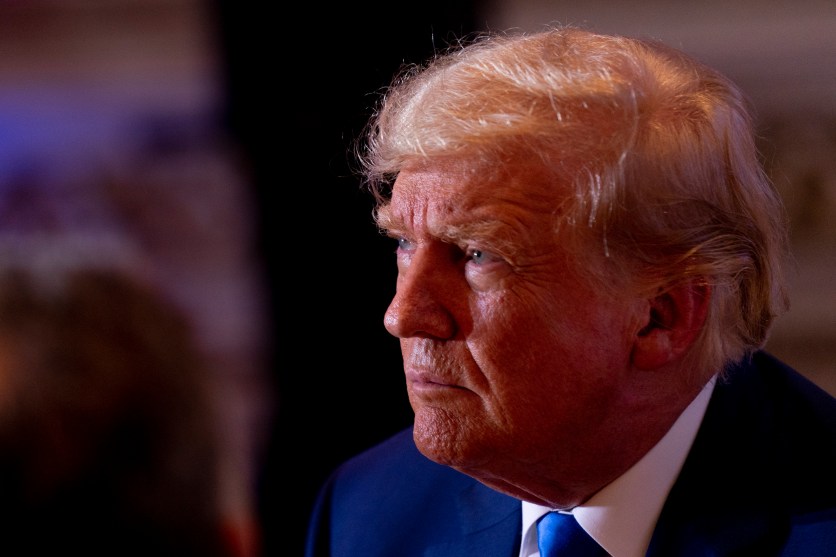 The Democratic-controlled House Ways and Means Committee voted Tuesday night to begin releasing information from former President Donald Trump’s tax returns. Two reports released by the committee immediately after the vote show, despite Trump’s claims he was under audit and couldn’t release his tax returns, that he actually wasn’t during much of his time in office. That directly contradicts the Internal Revenue Service’s own policies that call for mandatory audits of presidents every year. The committee’s reports are dense and loaded with technical tax jargon, but they note that Trump’s taxes were prepared with assorted and complicated tax avoidance methods that committee investigators questioned and that tax experts will be unwinding in the coming days.

Four things stand out from the committee’s reports:

Trump was only audited once during his time in office. There is no law that requires the president’s tax returns be audited, but the IRS’s own internal manual considers such audits a mandatory policy. The reasons why Trump was not audited more often are complicated, but this does raise questions about the IRS during Trump’s tenure in the White House. Trump didn’t file his 2015 and 2016 returns until 2017. Yet those returns weren’t audited until 2019—and not until Rep. Richard Neal (D-Mass.), the chair of the House Ways and Means Committee, asked for copies of Trump returns to study and to determine whether they had been audited. Something seems suspicious here. Why had the IRS not been on the job?

The IRS appeared overwhelmed at having to audit Trump. According to the committee, the decision whether or not to carry out the audits essentially came down to one agent—who didn’t do it. When faced with the prospect of conducting the audit, this agent struggled to handle the task, which included reviewing information on hundreds of companies Trump owned (in IRS lingo, “pass-throughs”). When the IRS proposed adding more agents to the audit process, Trump’s attorneys raised hell. At one point, an internal IRS document noted, “There has been some animosity between our counsel and [Trump’s]…. [T]he animosity between the two does make the examination a little more difficult.”

There are lots of questions about Trump’s charitable giving—and many other deductions and declarations on his returns. Trump claimed millions of dollars in deductions for charitable giving—contributions that seem to have included both regular donations and deductions for conservation easements related to property he owned in New York state (that is, promises to not develop the land and preserve it as open space). In the report, the committee cited numerous aspects of Trump’s tax returns that should have been audited and repeatedly referred to his charitable donations and the lack of “substantiation” for them. The committee had a similar concern for other key portions of the returns involving deductions and the declaration of expenses: “There was little or no indication in the audit files that many of the numbers on the returns were flagged by the IRS for substantiation even when no supporting documents were provided for the return.” Or, put another way, the IRS simply took Trump’s word for it on most of the numbers he provided them.

Trump may have made improper loans to his children. While the details are thin, the committee questioned whether a number of loans Trump made to his children were actually loans—or gifts that should have been taxed. It suggests there may have been some shiftiness involving Ivanka, Eric, and Donald Jr.

The committee’s report on the audit process can be read here, and its report on potential issues that might have been worth an audit can be found here.

Trump’s full tax returns may be released as soon as Thursday, pending the committee’s work to remove personal information, such as Social Security numbers.