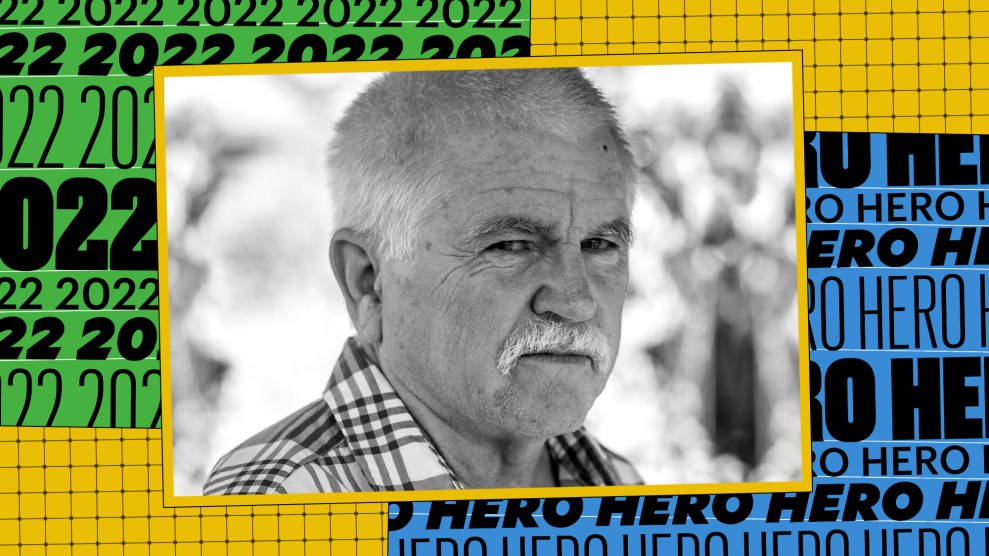 In March 2020 the writer, scholar, and activist Mike Davis—who passed away earlier this year from complications from Esophageal cancer—addressed the origins of the Covid-19 pandemic, and what must be done to survive it, in an essay for Jacobin. It was titled “In a Plague Year.” As usual, he was prescient.

He predicted nursing homes as hot spots (they would be); he predicted workers would not want to endure such conditions and “stay home” (they did). Davis said that the coronavirus would enter as a “familiar monster,” even though the world felt radically new at the time. Within months, there would be analysis that followed Davis’s thoughts closely—of COVID as exposing cracks in our systems, like medical dye spreading in the body to find disease. But it was not “familiar” to most of us to think about a pandemic. It was to him because in 2006 Davis published The Monster at Our Door, a book-length warning about the threat of a global contagion stemming from zoonotic spillover, and how the lack of global public health infrastructure made the planet increasingly vulnerable to such a disaster.

It has been typical of how many have mourned Davis this year to begin this way. After his passing, and during his time in hospice care—as pilgrimages were made to write profiles, conduct long interviews, and say goodbye—writers had to note that he was always ahead. Davis hated the “prophet” label that he was tagged with ever since his book City of Quartz was credited with predicting the 1992 Rodney King rebellion in Los Angeles. But it followed him for a reason.

One example has stuck with me this year. Nested within that 2020 essay was another prediction. Though it was tucked in parentheses, and easy to miss. After writing about the need for progressives to unite to push Biden left at the 2020 DNC in Milwaukee, Davis addressed the role of ordinary people. (Emphasis mine.)

The rest of us have an equally important role in the streets, starting now with the fights against eviction, layoffs, and employers who refuse compensation to workers on leave. (Afraid of contagion? Stand six feet from the next protester, and it will only make a more powerful image on TV. But we need to reclaim the streets.)

I distinctly remember reading this rallying cry by Davis, published five days before California would issue the country’s first stay-at-home order, and scoffing. It struck me as naive, idealistic, impractical, and potentially dangerous. Seventy-two days after Davis’ essay, George Floyd was murdered by Derek Chauvin on a Minneapolis street corner. Soon after, streets across American cities and towns were reclaimed by the masses. The country was awakened by one of the largest upsurges in street protest recorded in history. I watched a police station engulfed in flames blocks from where I attended high school. How wrong I’d been to doubt Davis.

Whether it was the pandemic; urban rebellions, brought on and then met with brutal police repression; a renewal of labor militancy; wildfires on the west coast, and much more, Davis was uniquely qualified to guide us through this dynamic terrain. As Daniel Denvir, who hosted Davis on his podcast The Dig three separate times in 2020, remarked this summer: “[Davis] spent decades mining the past and assessing the present to sketch out various possible futures. When it felt like that future so suddenly arrived, his work made sense in a new way all over again.”

To read Davis on practically any subject was to come away with a sense of awe, and a promise to yourself to learn more about the world, and then do something about it. He had the precision and analytical complexity of a social theorist and the vast encyclopedic knowledge of a historian. But he was able to combine that intellectual depth with a vigorous, sophisticated style of writing and the polemic fire of someone who was intimately aware that the stakes of politics are life and death. Like a good organizer, Davis hoped to demystify what made him the writer and thinker he was. He didn’t claim preternatural talent. He put in the work. “Learning to write is the most difficult thing I’ve ever done. It involved sometimes a whole ream of paper on an electric typewriter just to get the first sentence. It was absolutely brutal,” Davis told the Los Angeles Times, in one of his last interviews.

For much of his life, Davis was regarded in the mainstream as a brilliant but overly apocalyptic Marxist, a pessimistic naysayer, a “scholar of American doom.” But that was always just part of it.  As many have remarked, in his last years Davis was heartened by the resurgence of socialism, the labor movement, and the street protests of Black Lives Matter.

One of my favorite interviews Davis gave in the last two years (and he gave many of them), was with an environmental podcast called The Sustainability Agenda at the beginning of 2022. A few different times this year, I’ve returned to a section near the end. “My mind is preoccupied with fairly extremist ideas about what needs to be done. Once you accept what the real stakes are…” Davis said, trailing off into a prolonged silence as he attempted to find the right words. “I’m not advocating violence, but I’m advocating confrontational politics writ large,” he said.

The host had asked Davis the advice he’d give young people who wanted to change the world. Davis chuckled in response, amused by the fact that younger radicals could hold him in such esteem.

“I’m not an elder,” he said. “I have no tribal wisdom to dispense.”

It’s the only time I knew for sure that he was wrong.

An addendum: Here are some articles by Davis, and about Davis by others, that are worth your time.