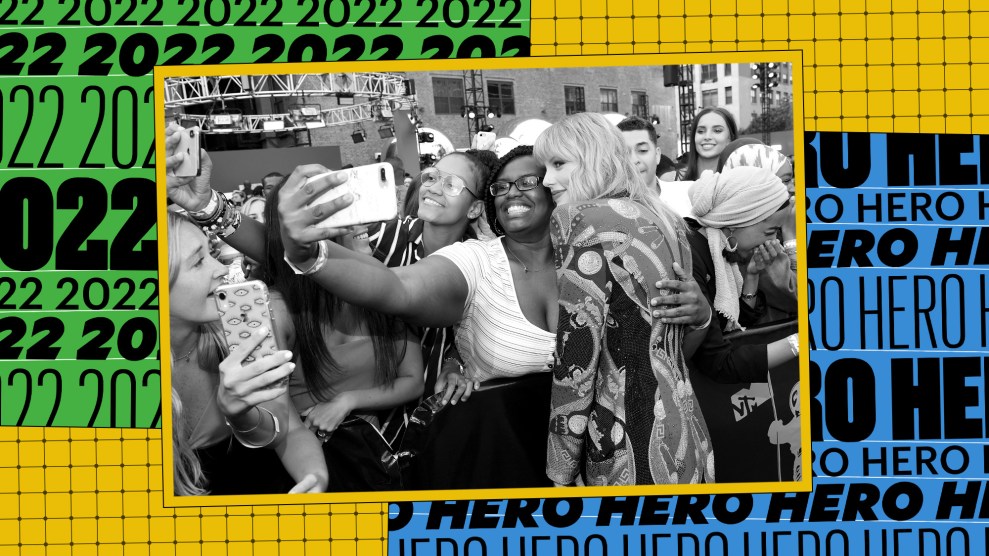 Let’s hear it for the girls who are just like other girls. I still don’t entirely “get” Taylor Swift (although Anti-Hero still made my top five in Spotify Wrapped), but I have absolutely, undeniably fallen in love with Swifties.

Swifties are punk rock. They couldn’t get tickets to the Eras tour? Looks like Ticketmaster/ LiveNation could get a blank space in their little monopoly after fans filed a lawsuit alleging Ticketmaster’s violation of California antitrust and unfair competition laws. These baddies caused such chaos trying to buy presale tickets that the Justice Department opened its own antitrust investigation. I wasn’t there, but apparently it was like Woodstock ‘99 in the ticket queue—true, utter madness.

Also, there was the time they streamed her album so aggressively that they fully made history by making her the first artist to hold all top ten songs on the Billboard Hot 100, meaning there were no male artists in the top ten for the first time ever!!! While that is of course another big record for Swift, we have to give cred to the girls, gays, and theys that put her there. (I will own my place in this contingent. Midnights really bangs.)

It was a great year for holding artists accountable for the impact they have on cultural dialogue, and in this I cannot give credit to Swifties alone. Fans and fat-positive activists called on Swift to change to a fatphobic scene in her “Anti-Hero” video. The video has been edited, but Swift has not apologized—unlike Beyoncé and Lizzo, who were called out by their fans for ableist language in songs they released earlier this year. Both Queen Bey and Lizzo fully took accountability.

I’m still on the fence about Swift herself. Her music is fun. I also think she’s made a career of white-woman victimhood and is typically late to use her cultural influence to speak up on issues like Black Lives Matter and LGBT rights.

But she has always been unapologetically for the girls in her music and marketing.

To consume, much less love, Taylor Swift is to proudly take in and consume femininity, something society still teaches us to degrade. We’ve come a long way since the pop-punk aughts of my teenage girlhood. Then, the greatest sin was to want to be like other girls, which I admittedly totally bought into for a time. Part of my love for Taylor stans is an outright admiration for their ability to relentlessly love the girly and the feminine. They show up with their full selves to unabashedly sing and cry their hearts out to bubblegum pop about relationships, break-ups, and insecurities; whether we want to admit it or not, those are the deep, authentic moments in life that shape us more than politics, pandemics, or economic crashes.

There may be a lot of problems in this world, but Swifties, it isn’t you, and everybody agrees.