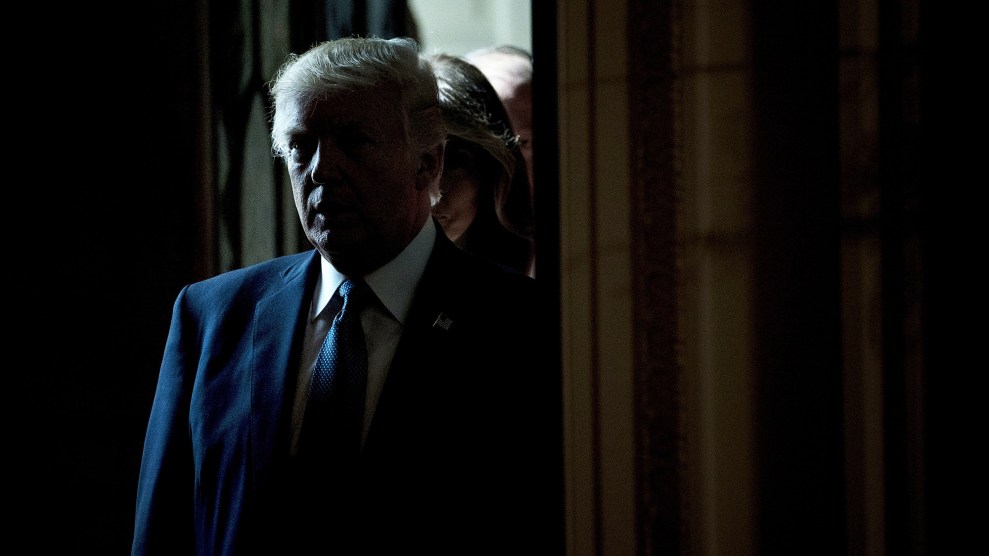 The House committee investigating the January 6, 2021 attack on Congress voted unanimously on Monday to ask the Justice Department to charge former President Donald Trump with crimes. The committee referred charges against Trump of conspiracy to make a false statement, conspiracy to defraud the United States, obstruction of an act of Congress, and inciting insurrection.

The committee’s recommendation is no surprise and will likely have little legal impact. But it carries substantial political significance. Committee members have long argued in public and in court that Trump’s efforts to retain power despite his electoral defeat broke the law. And the panel’s public hearings have been largely aimed at highlighting the former president’s involvement and culpability in efforts to stop Congress from certifying his defeat.

“We understand the gravity of each and every referral we are making today, just as we understand the magnitude of the crime against democracy that we describe in our report,” said Rep. Jamie Raskin (D-Md.), who led a subcommittee of the panel that looked into referrals. “But we have gone where the facts and the law lead us, and inescapably they lead us here.”

An insurrection charge against Trump could theoretically lead to his being barred from holding federal office under a provision in the 14th amendment of the constitution, ratified following the Civil War, though similar efforts to disqualify members of Congress for insurrection over their support for Trump’s actions have so far failed in court. “An insurrection is a rebellion against the authority of the United States,” Raskin said. “It is a grave federal offense anchored in the Constitution.”

The House committee has no role in deciding to prosecute. The decision over whether Trump will face charges over January 6 falls to Jack Smith, the special counsel appointed last month by Attorney General Merrick Garland—and to Garland himself. But the recommendation could be politically important to both Trump detractors and defenders. Despite ongoing attacks deriding the January 6 committee as a partisan exercise, the referral is a declaration by both elected Democrats and Republicans that Trump’s actions were criminal. The request also adds to pressure to indict faced by Smith and Garland. In the event that Smith’s office did indict Trump in connection with post-election machinations, the former president’s allies are likely to cite the referral as evidence that the prosecution is politically motivated.

The committee also voted on Monday to recommend that the Justice Department consider charges against John Eastman, a law professor who outlined a plan where then-Vice President Mike Pence would refuse to certify electors from states where Trump falsely claimed fraud had deprived him of victory. The committee referred charges of obstruction of an official proceeding and conspiracy to defraud the United States against Eastman. In addition, the panel asked the House Ethics Committee to look into sanctioning four Republican members of Congress who refused to comply with committee subpoenas: House Minority Leader Kevin McCarthy of California, alongside Reps. Jim Jordan of Ohio, Scott Perry of Pennsylvania, and Andy Biggs of Arizona.

The January 6 committee’s actions come ahead of its expected Wednesday release of a lengthly report detailing its findings. While the committee has been racing to wrap up before Republicans hostile to its efforts take over the House in January, Trump continues to face a broad range of mounting legal woes. In addition to the Justice Department’s January 6 probe, federal prosecutors investigating his hoarding of highly classified documents and other White House material at his Mar-a-Lago club reportedly believe they have enough evidence to charge the former president. Smith, who also now oversees the case, recently won a key victory when a federal judge in Florida, following a rebuke by an appeals court, dismissed a lawsuit Trump filed challenging the FBI’s August raid of his property.

Trump also faces ongoing investigations into his business by the Manhattan district attorney’s office and the New York attorney general, following the Trump Organization’s conviction earlier this month of criminal tax fraud charges. Meanwhile, prosecutors in Fulton Country, Georgia, are also looking into charging the former president and his allies over their attempt to overturn his narrow 2020 defeat to Joe Biden in the state.

This story has been update with further details.