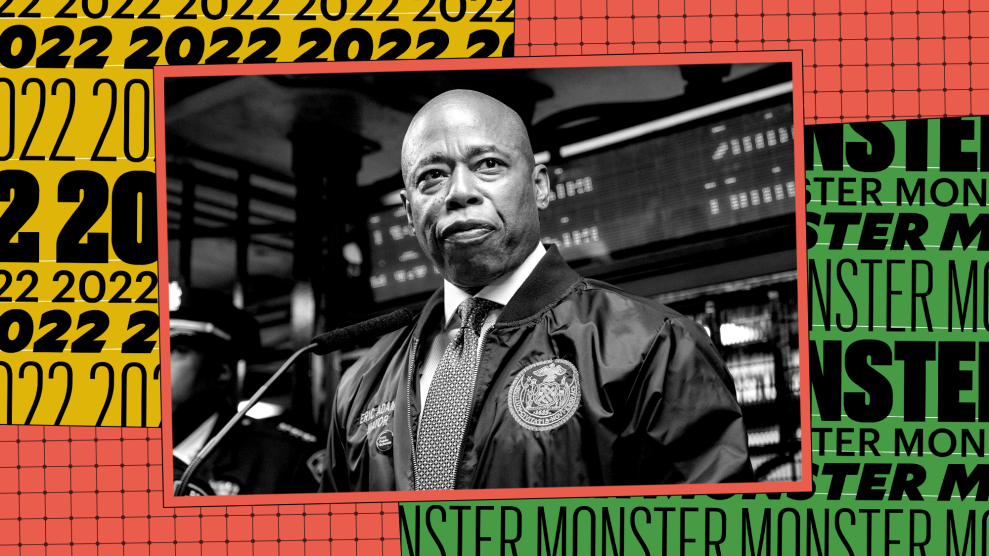 Nearly one year after Eric Adams was sworn in as New York’s 110th mayor, many of the same questions remain. How does Adams, against a plummeted approval rating and barely alleviated housing affordability crisis, still fit in all that partying? Is he sure about crypto? What’s the deal with those twin dudes?

The only general consensus that’s emerged seems to be bipartisan: Mayor Adams is a blabber. He’s all talk, few plans. But in the last quarter of 2022, Adams offered a proposal aimed at fixing one of the city’s most complex and enduring issues. And it has given us the first real window into what kind of mayor Adams aspires to be—and that’s a monstrous one.

That’s the only way to describe Adam’s headline-making plan to task police officers and emergency medical workers with removing people who appear mentally ill off the streets—even when a recent dangerous act has not been documented—against their will in order to enter a deeply broken, understaffed hospital pipeline, where doctors are overloaded and psychiatric beds are notoriously scant.

In his announcement last month, Adams appeared to be under the impression that the state’s commitment of 50 new beds for city hospitals would be enough to provide one for “everyone” who needed it. That, of course, is nothing short of a delusion; at least 60,000 people are homeless in New York, with thousands living unsheltered. A large majority of the unhoused suffer from mental illness. The number of respite care centers in the city—which offer alternatives to hospitalization by providing temporary shelters for the mentally ill—has been slashed in half in recent years. It’s unclear how a plan to make it easier for the homeless to be forcibly hospitalized—when the critical coordination between police officers and hospitals has yet to be determined—won’t lead to more bottlenecks for a system already at a breaking point.

What’s more certain is that the explosive directive will arm police officers with a dangerous expansion in latitude to detain people, leaving the city’s mentally ill population already in fear of police brutality and officers themselves blindsided by the chaotic order.

His logic of ownership is the extreme of the casual disregard of an entire society.

Let’s assume for a moment Adams is well-intentioned here. Even then, his plan is nothing new. Past mayors have tried the same with little success. Now Adams, without a real blueprint for providing critical outpatient services or building housing for the mentally ill, appears intent on extending that record of failure with a bombastic plan that plays into his love for publicity.

Hell, even he—the former New York Police Department captain turned mayor—admitted to not knowing that there are excruciatingly long waiting lists for the skeletal, under-resourced community-based programs that already exist to help the mentally ill. If you don’t know how countless individuals suffering from mental illnesses land in jail and prisons, how can you solve it?

Rather than brush up on the basic facts that have beleaguered the system, Adams absconded for a surprise vacation to Qatar.

“When I do my dime, I can do my time and I don’t want to hear anyone whine,” Adams said, hitting back at criticism of his recent visit to the oil-rich state that hosted the World Cup, the same week he unveiled his controversial proposal for the mentally ill.

One easily imagines Adams, extending his absurd penchant for claiming things are his to the mentally ill proposal: that these are his streets, his NYPD, his hospitals, his mission to keep the unwanted out of sight from the well-heeled nightlife set—and he doesn’t want to hear anyone whine. His logic of ownership is the extreme of the casual disregard of an entire society.

It’ll take a herculean effort to better serve individuals suffering from mental illness. But it’s far from impossible. Much of the framework for community-based care already exists; momentum is building toward key mental health services—inpatient, outpatient, and directly in communities—working in concert in order to bridge people to critical stages of support; more red states are expanding Medicaid, thus opening funds for substance abuse programs and mental health clinics; crisis intervention strategies to prevent violent encounters between the mentally ill and the cops are growing. But breaking the cycle of mental illness, incarceration, and tragedy will also demand Eric Adams get out of the way.