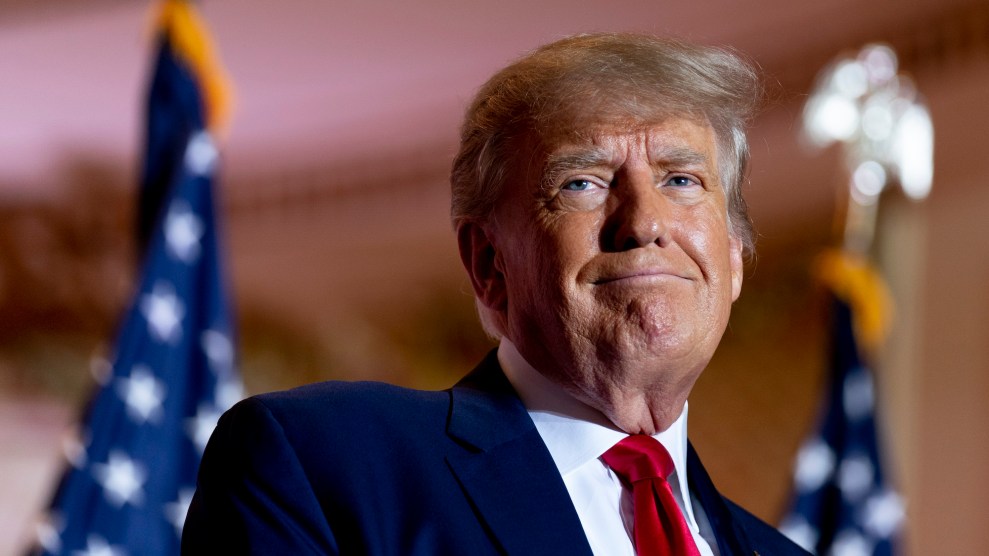 Donald Trump is not afraid to file a lawsuit, and he certainly no stranger to being sued himself. Once in court, Trump and his attorneys are prodigious filers of complaints, appeals, and protests. In fact, his legal strategy is often “more is better.” But that strategy is suddenly hitting a wall—a federal judge in Florida ruled on Thursday that Trump and one of his attorneys, Alina Habba, are on the hook for $937,000, as punishment for a lawsuit Trump brought against a host of perceived enemies, including his 2016 presidential opponent, Hillary Clinton. Trump filed the lawsuit—which named a total of 31 people and alleged racketeering and a conspiracy to hurt his candidacy by falsely accusing him of colluding with Russia—last March. It was dismissed in September, but the defendants asked to be reimbursed for their costs in having to fight it.

It’s the second time in as many weeks that Trump and Habba have been rebuked by a judge for their litigation tactics. On Janunary 9, a New York judge rejected Trump’s request that a $250 million civil fraud lawsuit, filed by New York Attorney General Letitia James, be dismissed. That judge went beyond simply denying the request and said Trump and Habba had engaged in “frivolous litigation.” In that case, however, the judge ruled that he didn’t need to punish Trump or his lawyers because they had learned their lesson.

In the Clinton case, the judge was not so forgiving.

“This case should never have been brought,” Judge Donald M. Middlebrooks wrote in his order on Thursday. “Its inadequacy as a legal claim was evident from the start. No reasonable lawyer would have filed it.”

Middlebrooks wrote that there were many, many problems with the lawsuit Trump filed against Clinton and her supposed co-conspirators. For starters, it was poorly written—repetitive, vague, and meandering—Middlebrooks wrote. When Middlebrooks ordered Habba to clean up her argument, what he got back was basically fiction, the judge said.

“The Amended Complaint is a hodgepodge of disconnected, often immaterial events, followed by an implausible conclusion,” Middlebrooks wrote. “This is a deliberate attempt to harass; to tell a story without regard to facts.”

And then, Middlebrooks added, there was all the stuff Habba included in the lawsuit that was actually fiction. Like an extended diatribe against the final report from special counsel Robert Mueller, who, Habba wrote, “went on to exonerate Donald J. Trump and his campaign with his finding that there was no evidence of collusion with Russia.”

“While perhaps acceptable as a cable news talking point, that allegation is neither an accurate nor fair reading of the Mueller Report,” Middlebrooks wrote.

Middlebrooks included a laundry list of other demonstrably false claims Habba made about various Clinton-related conspiracy theories, pointing out how each was incorrect.

On top of all the factual inaccuracies and unrelated screeds, Middlebrooks said Trump’s case against Clinton was based on frivolous legal theories—theories that were very obviously incorrect—and that anyone who had done “basic legal research” would have known that. These problems were repeatedly pointed out to Habba in court, Middlebrooks wrote, but she did nothing to fix them.

Middlebrooks cited a long list of cases where he felt that Trump had tried to use litigation to harass or punish his political enemies, including a countersuit he had filed in Florida seeking to shut down James’ New York case.