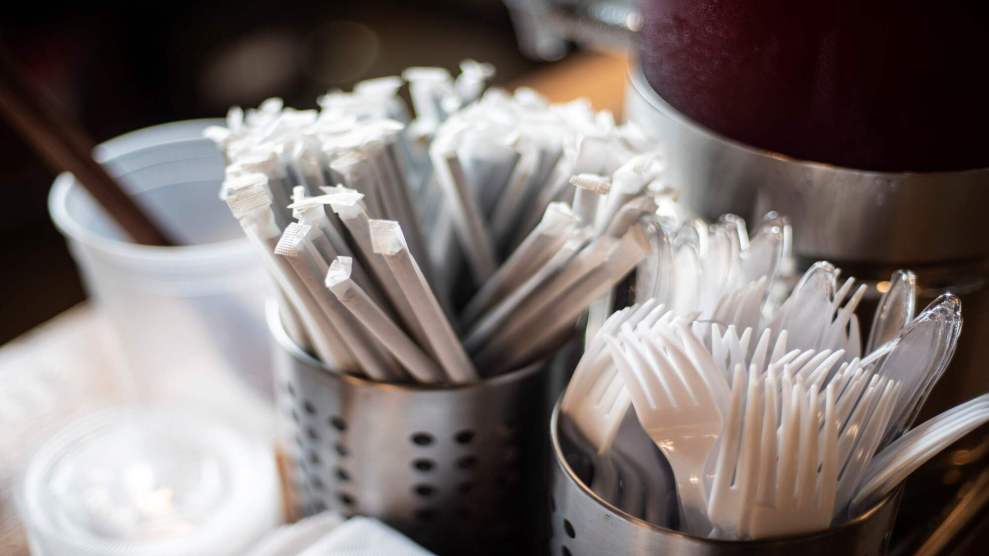 Single-use items such as plastic cutlery, plates, and trays are to be banned in England in a bid to reduce pollution, the government has confirmed.

Figures suggest that every year England uses about 1.1 billion single-use plates and 4.25 billion pieces of such cutlery, only 10 percent of which are recycled after being used. Plastic items relating to takeaway food and drink, including food containers and cutlery, make up the largest share of litter in the world’s oceans, according to research.

Now the environment secretary, Thérèse Coffey, is set to ban a suite of single-use plastic items, confirming reports made last month. The move follows a consultation on the issue by the Department for Environment, Food and Rural Affairs that ran from November 2021 to February 2022.

“A plastic fork can take 200 years to decompose, that is two centuries in landfill or polluting our oceans,” said Coffey. “I am determined to drive forward action to tackle this issue head on. We’ve already taken major steps in recent years—but we know there is more to do, and we have again listened to the public’s calls.”

“This new ban,” Coffey added, “will have a huge impact to stop the pollution of billions of pieces of plastic and help to protect the natural environment for future generations.”

“This is like reaching for a mop instead of turning off the tap,” a Greenpeace campaigner says.

The response to the consultation on proposals to ban commonly littered single-use plastic items in England is set to be released on Saturday. The Guardian understands plastic cutlery, plates and trays will be included in the ban. Similar bans have already been made in Scotland and Wales, while the UK government banned single-use plastic straws, stirrers and cotton buds in England in 2020.

However, it appears the new move is not comprehensive. According to the Daily Mail, the ban will cover plastic plates, bowls, and trays used for food and drink eaten at a restaurant, cafe, or takeaway but not in settings such as supermarkets and shops.

According to the consultation document released in November 2021, this is because in the latter case the items would be classed as “primary packaging,” which the government says it is addressing by other means.

The move to ban single-use plastics has previously been hailed as a welcome step by campaigners, although some have criticized the slow pace of progress and the limited scope of such a ban, while others have stressed the need to focus on reducing waste at source.

Megan Randles, political campaigner for Greenpeace UK, welcomed the move but warned: “This is like reaching for a mop instead of turning off the tap….We need the government to deliver a meaningful plastic reduction strategy, which means bringing in plastic reduction targets and a proper reuse and refill scheme.”