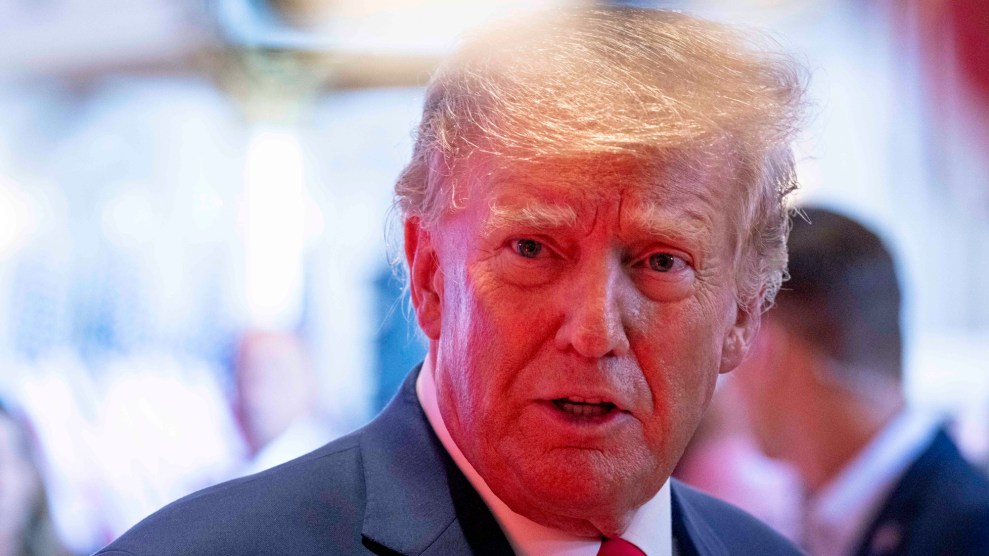 A New York judge has imposed a $1.6 million fine—the maximum allowed by law—on two of Donald Trump’s companies for their role in a criminal tax fraud scheme. Last month, a jury convicted both companies following a trial that featured testimony from Trump’s longtime chief financial officer, Allen Weisselberg. Weisselberg admitted that he and other executives had taken lower salaries in exchange for off-the-books benefits like free apartments, Mercedes cars, and private school tuition. While the total fine is a small fraction of the Trump Organization’s annual revenues, it represents a significant legal setback.

Following Friday’s sentencing, Manhattan District Attorney Alvin Bragg—who inherited the case from his predecessor, Cy Vance Jr.—hinted that despite his past reluctance to prosecute Trump personally, he may be gearing up for additional charges in the future.

“The sentencing today closes this important chapter of our ongoing investigation into the former president and his businesses,” Bragg told reporters. “We now move on to the next chapter.”

Bragg left without further explanation of what he is planning. Earlier this week, Weisselberg was sentenced to five months in New York City’s notorious Rikers Island jail for his role in the tax scheme. Weisselberg, who pleaded guilty last summer, faced more than two decades in prison before he agreed to testify against the Trump companies. Notably, however, he did not agree to testify against Trump personally.

Several news organizations have reported that Bragg is now considering bringing new charges against both Weisselberg and the Trump companies for possible insurance fraud. Letitia James, the New York state attorney general, has an ongoing $250 million civil fraud lawsuit against Trump and his adult children that parallels much of Bragg’s investigation.

In the courtroom on Friday morning, prosecutors indicated that they see the current case as being about much more than Weisselberg’s specific tax fraud and the benefits that were offered to him and other executives.

Prior to the start of the trial, both sides seemed to be trying hard not to make the case about Trump personally, focusing instead on the Trump-owned companies overall. But as the trial progressed, the defendants began talking more and more about the former president, describing him as a victim of Weisselberg who was kept in the dark about the fraud. In closing arguments, prosecutors ripped into this argument. Defense attorneys repeatedly shouted “Weisselberg did it for Weisselberg!” as a kind of mantra, but jurors quickly voted to find Trump’s companies guilty after relatively short deliberations.

“The jury roundly and rightly rejected this notion that Allen Weisselberg went rogue,” Steinglass said in court Friday. “In fact the evidence shows that a number of these fraudulent practices were explicitly sanctioned from the top down.”

Steinglass noted that the other executives who allegedly received benefits in lieu of salary are still employed at the Trump Organization, including chief executive officer Matthew Calimari. Weisselberg remained on the company payroll throughout the trial and received a half-million-dollar bonus after testifying. Following his time in jail, however, Weisselberg will not be returning to Trump’s employ.

Lawyers for the Trump companies, who say they appeal the conviction, made short statements in court Friday in which they continued to blame Weisselberg and an outside accountant named Donald Bender.

But Merchan was not impressed by that argument.

“I do think it’s interesting that the Trump Corporation, once again, distances itself from the acts of others and continues to point at Mr. Bender,” said an obviously irritated Merchan, who had notably remained even-keeled for much of the trial. “These are arguments that were made throughout the trial, and it is certainly not what the jury found.”

Prosecutors asked that the fine be paid immediately, but defense attorneys requested at least a month. Merchan split the difference, ruling that the companies would have 14 days to pay up.