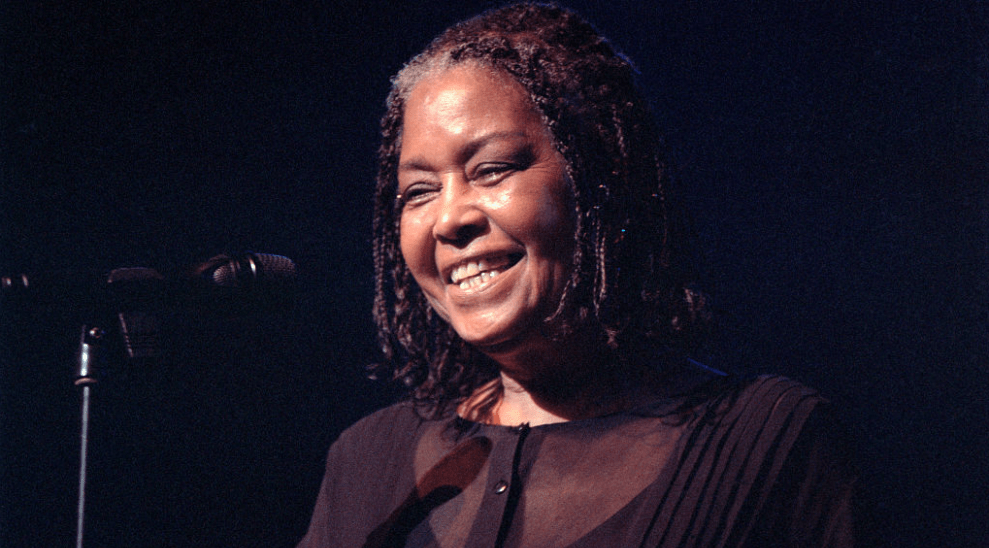 Abbey Lincoln was told, again and again, who to be, by Hollywood promoters and imagemakers, scriptwriters and producers, all eager to sculpt her career and influence what she’d wear and when, how she’d sing and to which audiences, and the lane they urged her to take as a supper-club singer in midcentury movies, she told me in 2002, before she died eight years later as a thoroughly self-determined, brilliantly original musician (who never followed formulas). Lincoln invented herself. Her birthday was yesterday; she would have turned 90. Listeners of all ages continue to discover her sound—she alternated between acidic and sweet, melodic and percussively phrased, unconfined to any category. When she sang with fire, it was pointed; when she went with joy and ease, it was impossible not to get with her voice.

Lincoln took amusement in the “Black Marilyn Monroe” trope that publicists tried to shoehorn her into, a formula so persistent and tiresome that it intrigued her before she rejected it. (She famously wore Monroe’s dress in a 1956 film before starring with Sidney Poitier in “For Love of Ivy” in 1968 and earning a Golden Globe nomination.) Lincoln changed paths and names, from Anna Marie Wooldridge to Gaby, Gaby Lee, Abbey Lincoln, and Aminata Moseka, but she never changed her self-definition, and she took up jazz and justice over film and fashion.

“My manager named me after Abraham Lincoln. He told me, ‘Since Abraham Lincoln didn’t free the slaves, maybe you can handle it,’ and I’ve been Abbey Lincoln ever since,” she said, quick to credit Billie Holiday’s behind-the-beat phrasing as a foundation. “You know why they love Billie Holiday? Because she sang ‘Strange Fruit’ when they were lynching people in the South. She sang the stories of her life, just as I do,” Lincoln said in her New York City apartment at 72 years old in 2002. “I’m at my leisure, free as a bird.”

The phone rang seconds later, interrupting our conversation with the news of pianist Mal Waldron’s death. “There’s a bunch of us dying,” she said after the call. “I heard somebody say to Max once, ‘Is jazz dying?’ And Max said to him, ‘Are we dying?’ We are the music.” (She’d recorded We Insist! Freedom Now Suite with Roach, her then-husband, in 1960.) Years later Alice Coltrane passed away and Lincoln told me for an oral history, “Alice Coltrane now. A lot of us are dying and already gone. I hope I’m prepared, but no matter how we may dread it or be afraid, that’s what it is.” (Lincoln would leave this planet in 2010.) “There’s a song I wrote and I want to say a few of the lines: There are some folks I used to know who used to smile and say hello, and spin the world and turn the page, entertaining from the stage. Father Time forever true, love its own and me and you, disappear just like the sun, when the day is done.”

Take this three-minute tour. Raise a glass to Lincoln this weekend, or get some sushi; she swore by sushi. She also swore by typewriters and fax machines, well into the 21st century. Crank your fax machine and send a note to recharge@motherjones.com, after you take that birthday tour.