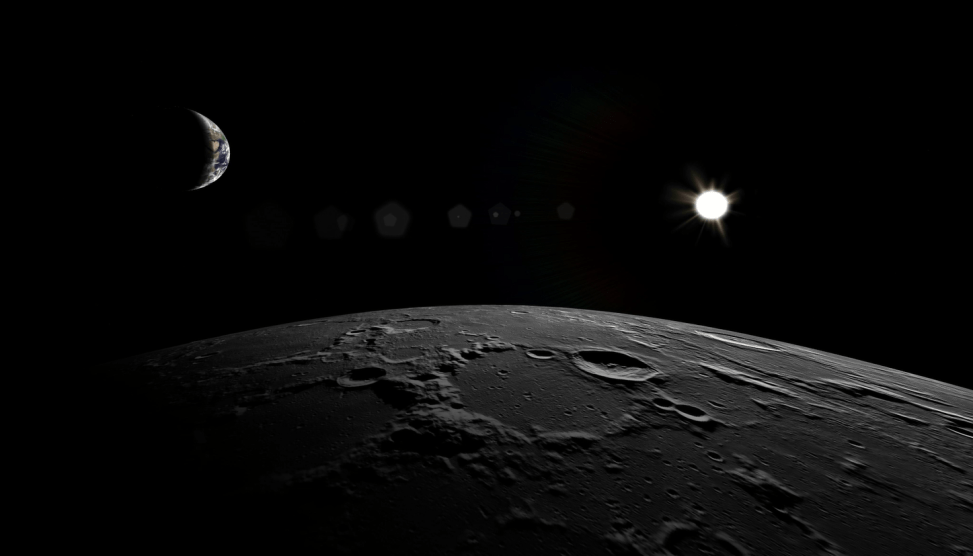 Over the weekend, as my colleague Isabela Dias reported, NASA’s lunar capsule made its historic reentry to Earth’s atmosphere at a staggering 32 times the speed of sound. That is, to quote our colleague Abigail Weinberg about space generally, “really fucking cool.” Because the cosmos, you see, is mesmerizing, and this genre of RFC space stories keeps expanding.

The latest chapter in space exploration and education is a free app, Space Portal, that’s the first to let you witness moments like the capsule’s reentry as if you were looking out its window in real time. It’s also the first to let you orbit the Earth, the moon, and Mars through publicly available images in highly accurate virtual reality, filling a vital need for people with limited mobility and a range of disabilities who want to discover space as experientially as possible. You can replicate the results of peering out from the International Space Station for views previously available only to astronauts.

Personally, I’ve grown skeptical of lofty claims to democratize space flight, as if “democratizing space” were anything more than a euphemism for exploiting it for brand gain. Not so with Space Portal. It actually advances that goal by opening up space more accessibly. It’s impressively un-gamified, with no cryptocurrency or NFTs or other convoluted barriers to entry, and it’s a refreshing break from much of the wildly expensive space tourism of tech adventurists. Space Portal is the independent passion project of planetary science professor Ian Garrick-Bethell of the University of California, Santa Cruz, a NASA-participating scientist on South Korea’s robotic lunar mission.

“Flying in space has always been an extremely exclusive club. Almost no one gets a taste of it other than by looking at videos.”

I spoke with Garrick-Bethell after the lunar launch. For disclosure, we were grade-school classmates, and he, in our physics class, did all the work building a laser while I took half the credit:

Ian, what motivated you to create Space Portal?

Just curiosity about what the Earth and the moon and Mars look like from these vehicles in space, and no one had done it before. I used five weather satellites to collect real-time imagery of Earth, and for Mars and the moon I used imagery collected by NASA spacecraft. I combined this with publicly available information about the real-time positions of space vehicles. I’ve worked on it for a few years, and the pandemic afforded me this opportunity, while caring for my parents and isolated with my computer, to pursue a hobby that became something I could share with the world.

Tell me about the appeal of virtual reality in space.

Many people think of “virtual” as make-believe, but the power of VR is not just creating synthetic worlds—it’s making real worlds accessible. It’s one thing to see space on a flat screen, but we have the tools to pull those views into immersive three-dimensional experience. The portal shows places in our solar system as they actually exist at this very moment, sights that were previously unwitnessable.

Is it not something Google Earth in VR can do? How is Space Portal different?

Google Earth doesn’t let you see the same real-time imagery and doesn’t replicate the real-time position and motion of the International Space Station or other Earth-orbiting spacecraft. Space Portal does.

Flying in space has always been an extremely exclusive club. Almost no one gets a taste of it other than by looking at videos. VR has the power to change that. Soon it’ll feel more like you’re in space and there will be less need to ride a rocket, risk your life, and pay millions.

I’d consider this a first-generation app. I believe improvements in resolution will allow us within a decade to approach a synthetic perception of space that starts to become indistinguishable from reality. Even deeper in the future, we can simulate places where people have never gone, like the moons of Jupiter.

Settle a question for me: “Laser” means light amplification by stimulated emission of radiation. Shouldn’t that be all-caps as an acronym?

I always capitalize L.A.S.E.R. and use periods between letters.

Do you need a Meta Quest 2 headset to use the portal?

For the immersive version, yes, but you can head to the app’s YouTube channel for glimpses.

What’s one thing you’d like to see in VR we don’t have now?

I want to see where whales sleep. I want to swim around some actual sleeping whales in real time.

Is that your next app?

I’m working on it.