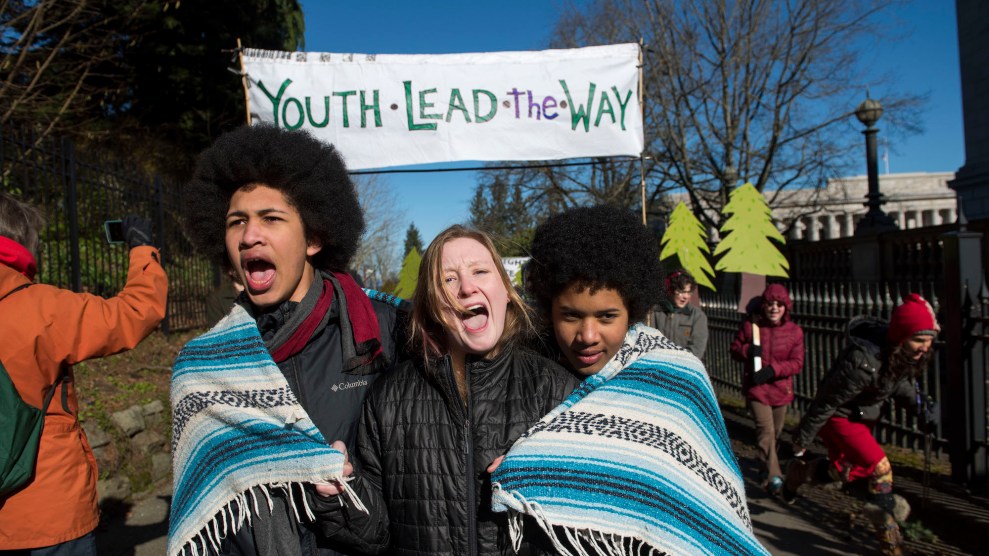 In a blow to young climate activists, a Seattle judge dismissed a lawsuit on Tuesday that alleged Washington state had violated children’s rights by failing to protect them from climate change.

King County Superior Court Judge Michael Scott wrote that he hopes the 13 young plaintiffs, who range in age from 8 to 18, won’t be discouraged, but there is no right to a healthy environment and a stable climate system codified in the state constitution, the Associated Press reported.

The plaintiffs in the case, Aji P. v. State of Washington, are supported by Our Children’s Trust, a nonprofit legal organization that also supports Juliana v. United States. Similar to the Washington state lawsuit, Juliana argues that the federal government has created an energy system that causes climate change and therefore deprives the youth plaintiffs of their “constitutional rights to life, liberty, and property.” The US Supreme Court last month allowed Juliana to proceed by halting the Trump administration’s application for a stay. Although Aji P.‘s dismissal in Washington marked a setback for the activists, a favorable decision in Juliana has the potential for sprawling nationwide impact.

In dismissing the Washington case, Scott wrote that the plaintiffs’ charges were political questions, which cannot be resolved by a court. The young activists plan to appeal, according to a statement from Andrew Welle​, co-counsel for plaintiffs and staff attorney at Our Children’s Trust, who noted that the US Supreme Court’s recent order in Juliana signals the judiciary “has a duty to resolve constitutional claims of this nature.”

“Given the urgency of climate change and the important constitutional issues involved, the political branches of government cannot be immune from liability for the constitutional climate crisis of their own making,” Welle said.