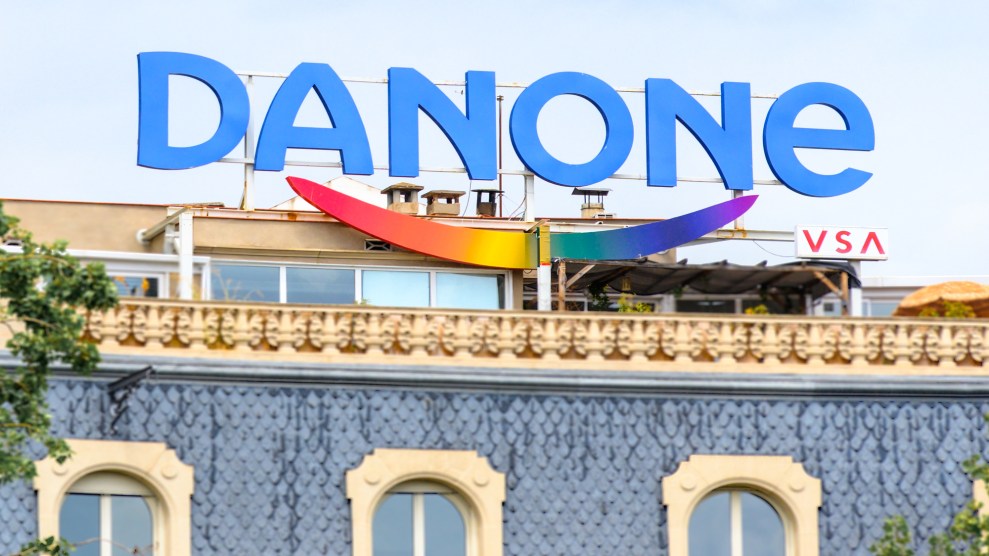 Danone, the French yogurt and bottled water company, is being taken to court by three environmental groups who accuse it of failing to sufficiently reduce its plastic footprint.

The company behind Evian and Volvic mineral water was failing in its duties to act under a groundbreaking French law, the groups said. The 2017 “duty of vigilance” law makes it mandatory to carry out monitoring of human rights and environmental concerns within large French companies and their supply chains. It is being increasingly used by non-governmental organizations against multinationals, as part of a growing trend of climate litigation.

Danone was named, alongside Coca-Cola, PepsiCo, and Nestlé, as one of the world’s top 10 plastic polluters, according to a brand audit in December.

Rosa Pritchard, a lawyer for ClientEarth, one of the groups taking the action, said: “Danone is trudging ahead without a serious plan to deal with plastics, despite clear concern from climate and health experts and consumers, and a legal obligation to face up to the issue.” The company’s mandatory “vigilance plan,” to list the company’s environmental and social impacts, was “entirely silent on plastics,” she added.

The environmental group ClientEarth says Danone uses more than 74 times the weight of the Eiffel Tower in plastic each year.

In a statement Danone rejected the accusation. “We are very surprised by this accusation, which we strongly refute. Danone has long been recognized as a pioneer in environmental risk management, and we remain fully committed and determined to act responsibly.

“We are implementing a comprehensive framework of actions aimed at reducing the use of plastic, developing reuse, strengthening collection and recycling schemes, and developing alternative materials. We have already made significant progress on each of these fronts, particularly on plastic reduction, with, for example, a decrease of 12 percent at global level (60,000 tons in absolute) between 2018 and 2021.”

An end to plastic pollution could not come from one single company, it said, and it required the mobilization of all players, public and industrial. “This is why we support the adoption, under the aegis of the United Nations, of a legally binding international treaty,” Danone said.

The lawsuit, one of several recent legal actions targeting plastic polluters, was filed in the Paris tribunal judiciaire this week. The environmental groups Surfrider, ClientEarth, and Zero Waste France, said they wanted the company to accept accountability for its plastic use.

“We want Danone to re-publish its compulsory duty of care report and specifically account for its plastic use, including a concrete strategy to reduce it,” Antidia Citores, the spokesperson for the ocean protection campaigners Surfrider Foundation Europe, told Reuters.

In September, the groups formally put Danone on notice, giving the company the opportunity to rectify its “vigilance plan”. The company replied to the formal notice letter, but the NGOs argue that the response was insufficient and did not adequately address their demands.

The French law was introduced after the Rana Plaza disaster in 2013, in Bangladesh, in which 1,100 people were killed in the collapse of a clothing factory used by western fashion brands. The lack of accountability by brands led to pressure from human rights groups and others to campaign for more corporate responsibility.

Danone has a presence in 120 countries, including Indonesia and Turkey, which receive much of the west’s plastic waste. Danone has topped the plastic polluter brand audit ranking in Indonesia for the last three years.

The groups are calling for judges in a Paris civil court to force the company to release a new plan within six months that would include a phase-out of plastics.

The case is one of several legal actions brought by NGOs after a historic international agreement to halt the rising tide of plastic waste. In March 2022 world leaders agreed to draw up a legally binding treaty over the following two years covering the full lifecycle of plastics from production to disposal.

Only 9 percent of plastic waste is ever recycled. The plastics are difficult to recycle, slow to decay, expensive and polluting to burn; they break down into tiny and ubiquitous particles that enter the food chain and cause harm to animals.

Over the past seven decades plastic production has skyrocketed from 1 million metric tons in 1950 to 460 million metric tons in 2019, and is expected to triple further by 2060. Most of the waste ends up in landfill, in incinerators, or leaks into the environment, according to the Organization for Economic Cooperation and Development.

Danone said it was committed, by 2025, to reusing, recycling, or composting plastic packaging.