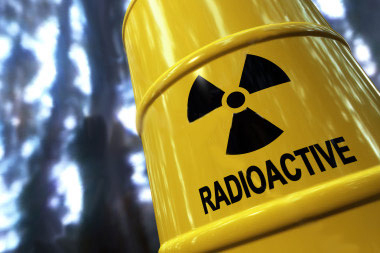 When President Obama announced in his State of the Union address that he supports a broad expansion of nuclear energy production, critics braced for impact. Soon after, the administration said that it plans to triple the value of loan guarantees for new reactors and research safer ways to dispose of the harmful radioactive waste that accompanies nuclear energy.

Late last week, the administration declared the first of these projects would include a guarantee of $8.3 billion in loans to Southern Co for two new reactors in Georgia. Over and above the questionable environmental and safety drawbacks of nuclear energy, critics have said the total $54 billion federal guarantee could pave the way for another massive taxpayer bailout if the projects go under. This has happened before. When New York’s Shoreham nuclear plant failed in the 1980s, after decades of delays and cost overruns, taxpayers were on the hook. The first generation of nuclear power plants cost the taxpayers $300 billion, according to the Union of Concerned Scientists*. And Southern Co also has a spotty record: it went $8 billion over budget on it’s first two nuclear plants in the 1980s.

NPR lays out some of the criticism of nuclear energy:

Spiraling costs, safety concerns and opposition from environmentalists have kept utilities from building any new nuclear power plants since the early 1980s. The 104 nuclear reactors now in operation in 31 states provide about 20 percent of the nation’s electricity. But they are responsible for 70 percent of the power from pollution-free sources, including wind, solar and hydroelectric dams that Obama has championed as a way to save the environment and economy at the same time.

Keep in mind that nuclear power isn’t completely pollution free. In fact, it spews dangerous chemical waste that even spawned Blinky the three eyed fish on “The Simpsons.” The Obama administration has appointed a commission to develop a strategy to deal with the radioactive waste, but eco activists aren’t holding their breath.

Instead of double down on nuclear energy, they say, the Obama administration should focus on truly renewable sources like wind and solar. But with the democrats’ climate bill stalled in Congress, it has become clear that congressional democrats are eager to compromise nuclear hesitation to pass a bill, any bill.

*Sentence corrected from an earlier version.