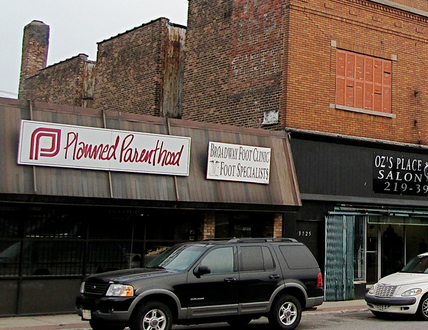 A judge has slammed the book shut on a two-year legal battle between Indiana and Planned Parenthood, ruling that the state cannot prohibit family planning clinics from accepting Medicaid funds. Former GOP Governor Mitch Daniels signed a law in 2011 that prevented Medicaid enrollees from using funds for routine procedures such as breast exams and STD testing at Planned Parenthood, which also performs abortions. Tuesday’s ruling means that Indiana has no more legal options to appeal—the Supreme Court has refused to hear the case. But if the high court agrees to hear a challenge to a similar law in another state, Indiana’s zombie law could come back to life.

“Over and over again, courts have said that states cannot block people from getting preventive health care at Planned Parenthood, and the vast majority of the American public agrees,” said Cecile Richards, President of Planned Parenthood Action Fund in a statement. “All women, no matter where they live, should be able to get quality, affordable health care from the health care provider they know and trust.”

When the law was passed in 2011, it exempted hospitals and surgical facilities, making it pretty clear that the goal of the law was to shut down Planned Parenthood. Unfortunately for Indiana’s Republican lawmakers, the effort only rallied pro-choice activists. The Associated Press reports that the interruption in Medicaid funds encouraged 1,600 donors from around the world to give about $500,000 to Planned Parenthood so that it could continue to provide services to Medicaid recipients in Indiana. Additionally, in May, after the Supreme Court refused to hear the case, the US federal agency that administers Medicare and Medicaid sided with Planned Parenthood.

Indiana was the first state to attempt to shut down Planned Parenthood by denying the organization Medicaid funds. But since then, lawmakers in other states—including Texas, Tennessee, Arizona, Kansas, and North Carolina—have also tried to use this tactic. According to the AP, if the Supreme Court decides to hear one of these other laws, Indiana could submit an amicus brief to revive its legal argument?. To see what happens when a state successfully defunds family planning clinics, look no further than Texas, where the ever-enterprising Republican Governor Rick Perry is squeezing Planned Parenthood out of the state. He’s doing so not just by trying to prevent family planning clinics from receiving Medicaid, but by flat-out refusing to accept $30 million a year in federal Medicaid money. As my colleague Jaeah Lee—who made these awesome charts, including the one below—notes, since Perry had denied this funding, “nearly 200,000 Texas women have lost or could lose access to contraception, cancer screenings, and basic preventive care, especially in low-income, rural parts of the state.” Indiana women, be glad this isn’t you: 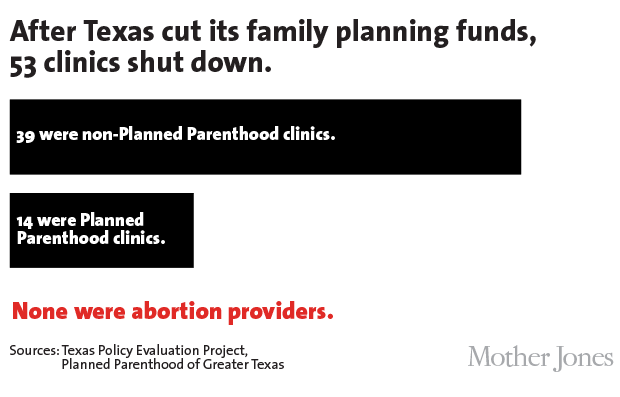