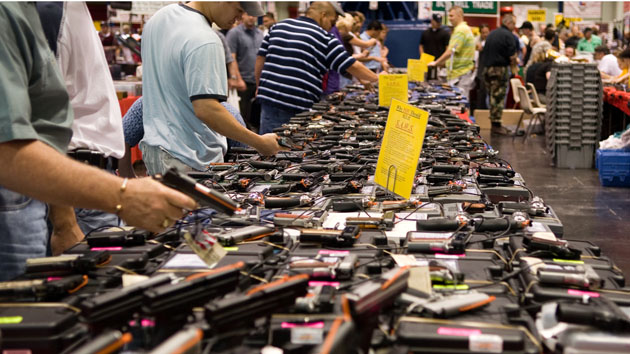 The Pew Research Center released a survey this month suggesting that for the first time in two decades more Americans support “gun rights” than “gun control.” But the poll’s question on that point, asking respondents whether it’s more important to “control gun ownership” or to “protect the right of Americans to own guns,” drew sharp criticism from some experts, who say it offered a false choice.

“I could not think of a worse way to ask questions about public opinions about gun policies,” Daniel Webster, director of the Johns Hopkins Center for Gun Policy and Research, told Media Matters. “The question’s implicit and incorrect assumption is that regulations of gun sales infringe on gun owners’ rights and control their ability to own guns. The reality is that the vast majority of gun laws restrict the ability of criminals and other dangerous people to get guns and place minimal burdens on potential gun purchasers such as undergoing a background check.”

Carroll Doherty, Pew’s director of political research, acknowledged the flaw. “Is it a perfect question? Probably not,” he told Mother Jones. “This is in no way intended to say there’s not support for background checks and some measures aimed at specific policies either [in Congress] or in the states. Mr. Webster is right to put it in context.”

That context comes from numerous recent surveys. A July 2014 poll from Quinnipiac University found that 92 percent of voters—including 86 percent of Republicans and 92 percent of gun owners—support background checks for all gun sales, up four points from the previous year. In January, Rasmussen Reports found that 59 percent of respondents supported a ban on assault weapons, while a 2013 CBS News/New York Times poll reported that 63 percent of Americans polled favored a limit on high-capacity magazines. In November’s elections, Washington State passed a law requiring universal background checks via a ballot measure that drew support from 60 percent of voters.

But Doherty also clarified that Pew has asked that same question in periodic surveys since 1993, with the aim of tracking general public sentiment on gun policy over time. And by virtue of that approach, he notes, it clearly has changed. In the wake of the Columbine school massacre in 1999, the survey showed 2-1 support for controlling gun ownership, or 34 percent for protecting gun rights. Following the school massacre in Newtown, however, 45 percent of respondents favored protecting gun rights. And now that number is up to 52 percent. “That’s not a clear majority,” says Doherty, “but it’s the first time that you get a statistically significant margin in favor of gun rights.” These findings align with a similar Gallup poll intended to gauge sentiment on guns. In October of this year, 47 percent of respondents said sales of firearms should be made “more strict,” down from 58 percent in December 2012.

Despite the limitations of the particular language of the question, Doherty says, “tracking it over two decades—asking the same question with identical wording—tells you a great deal about changing public sentiment on this issue.”

Correction: This story originally misstated the online availability of Pew’s archived poll results; they can be seen in this PDF.