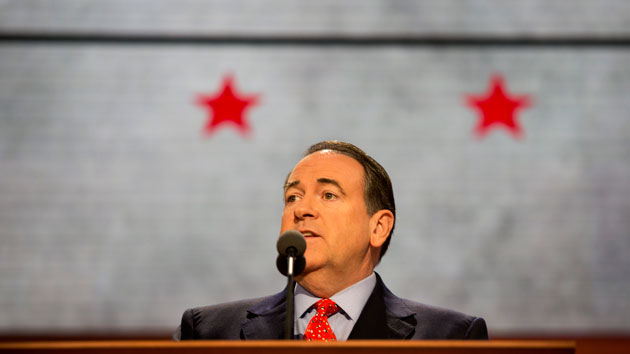 On Sunday, just days after a gunman killed nine African American parishioners at a Charleston church, former Arkansas Gov. Mike Huckabee argued on Meet the Press that presidential candidates should not need to answer questions about the Confederate battle flag:

Where could anyone have gotten the impression that the flag is a presidential campaign issue?

Maybe from former Arkansas Gov. Mike Huckabee, who did everything short of actually firing on Fort Sumter in an effort to court white South Carolina voters during his 2008 presidential campaign: