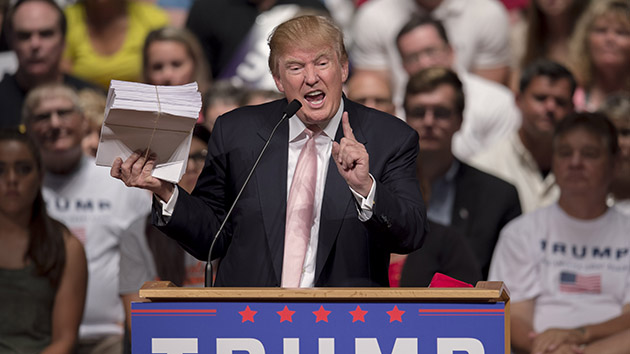 Despite all the outrageous stunts and patently racist quotes from Donald Trump’s current campaign for president, the real estate mogul continues to lead as the front-runner for the GOP nomination.

The Washington Post‘s David Weigel recently visited a Trump “family picnic” to take a look at the pandemonium surrounding the campaign. It’s also where 9/11 Truth Activist Rick Shaddock happened to be before meandering into the press room to ask the following question: