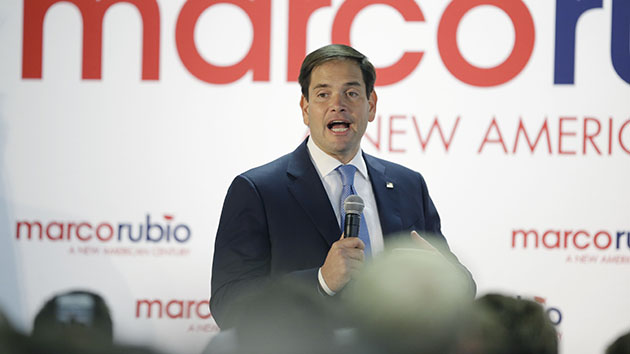 Ever since House Majority Leader Kevin McCarthy (R-Calif.) blurted out on Fox News that the House Benghazi Committee had the political purpose of hurting Democratic presidential front-runner Hillary Clinton, Republicans have spent weeks insisting that the committee’s task is not political.

But on Thursday, as Clinton testified before the committee, GOP presidential candidate Marco Rubio certainly seemed to be using the committee for political purposes.

SIGN and stand with Trey Gowdy as he uncovers the truth about Hillary Clinton’s actions as Secretary of State. —> https://t.co/MiI4cSYD1f

The tweet links to a petition on Rubio’s website that asks people to “Stand with [committee chairman] Trey Gowdy as he uncovers the truth about Hillary Clinton’s actions as Secretary of State.” To sign, you just submit your name, email, and zip code. That information, of course, is very useful to a campaign as it raises money and tries to build support in the months to come.

Another GOP presidential contender, Rand Paul, also seemed to be using the Benghazi committee hearing to benefit his campaign. The Kentucky senator’s campaign has been selling anti-Clinton memorabilia for a while now, but used the occasion of the Benghazi hearing to push its merchandise.

This story has been updated to include the tweet from Rand Paul.