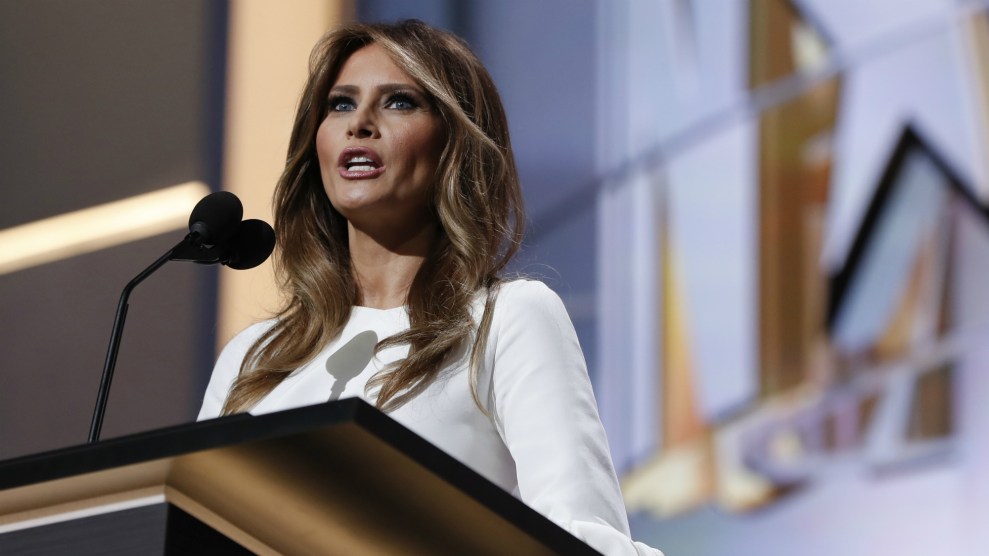 When large sections of Melania Trump’s speech at the Republican National Convention turned out to be lifted from Michelle Obama’s 2008 convention speech, the Trump campaign tried to deflect criticism by throwing the speechwriter under the bus (after initially insisting Melania wrote the speech herself). The campaign went so far as to release an apology letter from the writer, Meredith McIver.

But in doing so, the campaign created another problem, because McIver doesn’t work for the campaign. She’s an employee of the Trump Organization, Donald Trump’s business empire. A basic rule of campaign finance is that if an employee of a corporation does work for a campaign, it counts as a corporate contribution, and corporations are not allowed to donate to campaigns.

To get around that, the campaign had to pay McIver for her work on Melania’s speech. In the latest campaign filings, McIver is listed on the payroll of the campaign—for a grand total of $356.01. The payment, which occurred on July 23, five days after the speech, marks the one and only time McIver has been paid by the campaign.