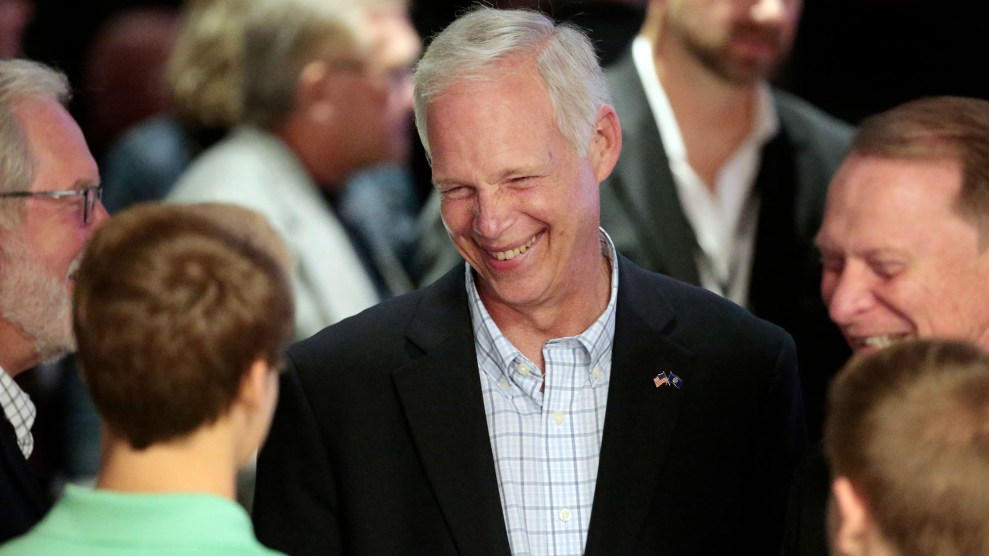 Republican Sen. Ron Johnson held onto his Senate seat in Wisconsin, riding the Republican wave that swept the Midwest Tuesday night. Johnson led the race with 52 percent of the vote when the networks called it around 11 p.m. The race is one of the surprises of the night as Donald Trump overperformed the polls and appeared to be winning the Badger State.

The contest was a rematch from 2010, when Johnson defeated three-term Democrat Russ Feingold, a progressive icon. This time, Feingold was vying for his old seat but was again defeated by a GOP onslaught. Heading into Tuesday, the Real Clear Politics average had Feingold ahead by 2.7 points.

Despite being the incumbent, Johnson painted himself as an outsider in a year that has seen voters turning on establishment politicians. Johnson trailed for much of the race but began to close on Feingold in the fall. That’s when outside money began to pour money into the race, much of it to pull Johnson over the finish line. According to the Center for Responsive Politics, more than $14 million was spent to defeat Feingold and more than $8 million against Johnson. In the final weeks of the race, outside groups backed by progressives and conservatives poured money into the contest, including Americans for Prosperity, which is funded by the Koch brothers.

Despite the outside boost, it’s likely Trump and his popularity with white voters pulled Johnson to victory.