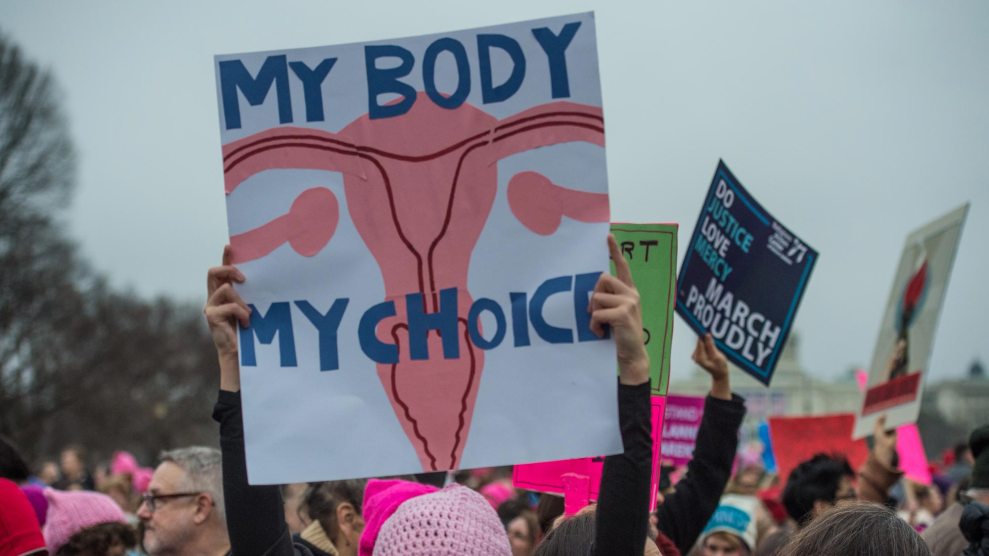 Update, January 24, 5:05 p.m. The No Taxpayer Funding for Abortion and Abortion Insurance Full Disclosure Act passed the House by a vote of 238-183. The bill must now be voted on by the Senate.

Since the 1970s, the Hyde Amendment has prohibited the use of federal funds for abortions. The rule has always functioned as a budget rider attached to individual federal appropriations bills. But as early as Tuesday, the House could vote to make it permanent. If members of the House approve the bill, they’ll be moving on what has long been a priority for anti-abortion groups just days after the Women’s Marches, in which millions of Americans demonstrated against President Donald Trump in what may have been the largest protest in US history. Enshrining the Hyde Amendment into law was one of Trump’s primary campaign promises to the pro-life movement.

The bill, dubbed the No Taxpayer Funding for Abortion and Abortion Insurance Full Disclosure Act, would prohibit the use of any federal funds to pay for abortion or for health benefit plans that include abortion coverage. Rep. Chris Smith (R-N.J.), the bill’s author, proposed a similar version of the legislation in 2013 and 2015. Both versions passed the House but not the Senate.

The Hyde Amendment has always impacted low-income women the most—it makes it impossible to use Medicaid funding for almost all abortions. But as a budget rider, the amendment has to be renewed by Congress every year. If Smith’s bill becomes law, that would no longer be the case; the prohibition would become permanent and could only be reversed through new legislation in the future. If the bill were to make it to the Senate, it would require 60 votes to pass; there are 52 Republican senators.

Kristan Hawkins, the presidents of Students for Life, told the Washington Times that Congress and the administration’s speed in moving to enshrine the Hyde Amendment inspires confidence that anti-abortion laws will be a priority for Trump.

“We applaud Speaker Ryan and the House of Representatives for starting the process to make the Hyde Amendment permanent law,” she said. “This is a great sign that the Trump administration plans to follow through on their promises during the campaign, and we look forward to working together to make abortion unthinkable in this nation.”

Rep. Diana DeGette (D-Colo.), co-chair of the House Pro-Choice Caucus, told Mother Jones that she is “not terribly surprised” at the speed with which the bill has come up for a vote. “But it does seem like a slap in the face after we had over a million women marching in Washington and around the country,” DeGette said.