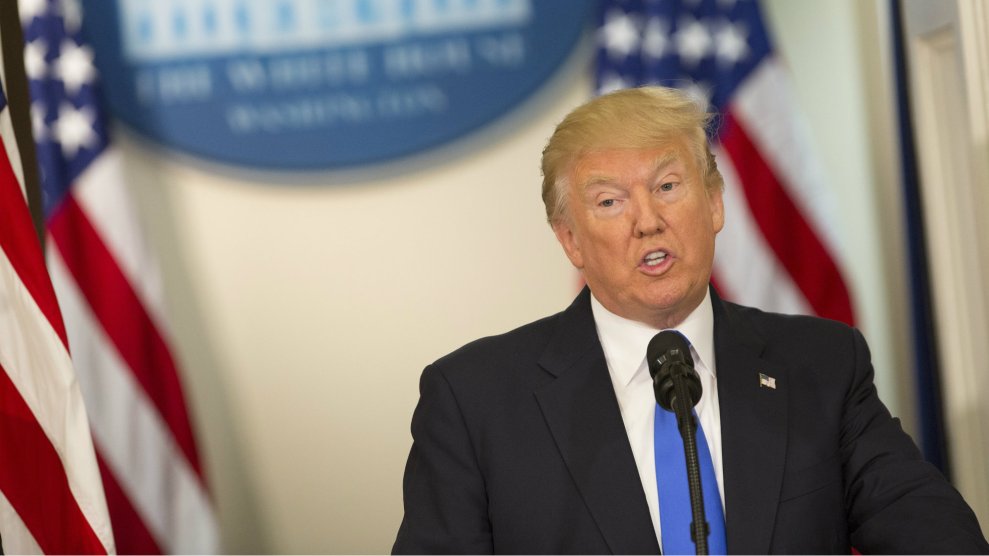 President Donald Trump dissolved his controversial “election integrity” commission to the cheers of voting rights advocates who saw the commission as a threat to ballot access. It was created after Trump tweeted, with no evidence, that millions of illegal votes were cast in the 2016 election.

“Despite substantial evidence of voter fraud, many states have refused to provide the Presidential Advisory Commission on Election Integrity with basic information relevant to its inquiry. Rather than engage in endless legal battles at taxpayer expense, today I signed an executive order to dissolve the Commission, and have asked the Department of Homeland Security to review these issues and determine next courses of action.”

The first action of the commission was to request reams of data on every registered voter from every state, including personal information such as party affiliation, address, criminal background, and partial social security numbers. The request alarmed both citizens and election officials, plunging the commission into controversy and inviting several lawsuits. Many secretaries of state of both parties refused to hand over the data. Trump attributed his decision to disband the commission to the ultimate lack of data.

Voting rights advocates and election experts celebrated the news, viewing the myriad lawsuits they had filed against the commission as a success in blocking its work. The commission’s vice chair, Kansas Secretary of State Kris Kobach, is well-known for pushing a legal agenda that would make it harder for people to register to vote and cast a ballot.

There are at least fifteen lawsuits filed against it, one of which was filed by a Democratic commissioner.