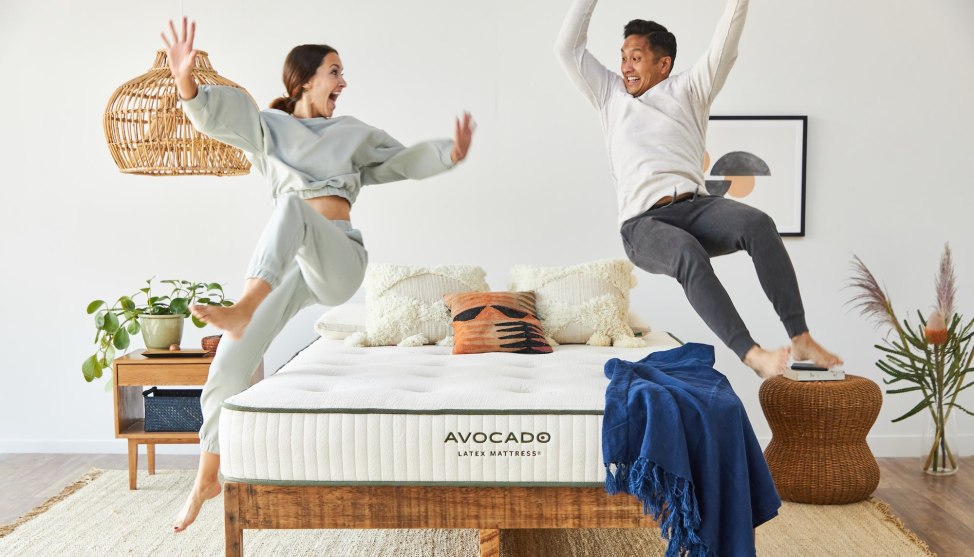 Amy Ziff was so sick as a child that doctors diagnosed her with a progressive neurological disease and predicted an early death. Her mother rejected the diagnosis and searched for effective treatment. Amy ended up seeing an allergist, who put her through a battery of tests.

“I learned I was highly allergic to my surroundings—grasses, mold, dander, dust mites, trees, and more,” she says, looking back. She started avoiding those contaminants and adjusted her diet. Two weeks later, she felt better. The ordeal made an indelible impression. “I learned that your environment really affects your health and wellness.”

Decades later, she founded Made Safe, a nonprofit that certifies mattresses and other products made with ingredients not known to harm the health of humans, animals, or ecosystems.

As environmental science and solutions make news, a growing number of people are aware of the dangers posed by outdoor pollution, but very few consider the dangers of contaminants inside our homes and offices. Yet indoor pollution is a severe problem that must be tackled to safeguard our health.

Toxins in the home

Mounting evidence indicates that the air inside our homes tends to be more polluted than the air outside. This poses a serious health threat, especially for Americans, who spend an average of 90 percent of their time indoors.

Polyurethane foam and other materials used to manufacture upholstered furniture, mattresses, and other bedding are possible sources of many contaminants, including toxic gases called volatile organic compounds—which are also found in household cleaning products—and flame retardants.

Two years ago, a team of researchers led by Dr. Heather Stapleton, an environmental chemist at Duke University’s Nicholas School of the Environment, released the results of a three-year study that assessed the correlation between consumer home products and children’s potential exposure to semi-volatile organic compounds. Their findings indicated that toxins were commonly found in children who lived in homes with couches and chairs containing polybrominated diphenyl ethers (PBDEs), a synthetic flame-retardant additive used in some foam-based products, and vinyl flooring containing benzyl butyl phthalate, a chemical compound sometimes used to enable flexibility in certain plastics.

“There are chemical toxins in everyday items that expose us to potential harm. Some of those toxins are invisible, and many of them are found in our home,” Ziff says. “Synthetic flame retardants are in home appliances and furniture such as couches and mattresses. These additives are potent chemicals that can affect our health and well-being.”

Indoor pollutants can cause health problems soon after exposure or even years later, with immediate symptoms ranging from dizziness and irritation of eyes, nose, and throat to more serious issues including flareups of chronic lung diseases like asthma or COPD. Respiratory conditions are also connected to years of exposure to indoor pollutants, in addition to heart disease, neurological disorders, and cancer.

There are several ways to mitigate the problem. Experts advise eliminating the pollution sources in their homes, and if the removal of a particular contaminant involves further risk of exposure, some pollutants can be contained by sealing them off. Other sources of pollutants can be adjusted to reduce emissions.

When purchasing new household items, you can avoid those that contain contaminants. It’s possible to buy furniture and other products that don’t contain fire retardants, for example. “Natural fibers such as wool and cotton aren’t as flammable as synthetic materials,” Ziff says. “Items made from natural fibers without highly flammable materials don’t require added chemical fire retardants.”

Mark Abrials, the co-founder and chief marketing officer of Avocado, a company that produces and sells mattresses and bedding made from nontoxic, natural, and organic materials, is passionate about eliminating indoor pollution. When shopping for household products, he looks for items approved by Made Safe and other organizations that test for toxicity and certify products that pass. “By looking for trusted certifications, we’re able to make purchases with confidence that we’re protecting our home,” he says. “We want to keep toxins out. The priority in our household is to create a safe, healthy environment for ourselves and our children.” Made Safe has certified Avocado mattresses.

Abrials and other experts say that increasing the amount of outdoor air circulating indoors can help eliminate air pollutants in your home. Most heating and cooling systems don’t bring fresh air inside, according to the EPA, so opening your windows can be helpful. Bathroom and kitchen fans that exhaust outside can also remove pollutants from those rooms and increase ventilation. And mechanical air cleaners are effective at reducing pollutants, some more than others. Their effectiveness is determined in part by how much air they draw in the cleaning or filtering function. There are many types of air cleaners on the market, ranging from relatively inexpensive table-top models to sophisticated whole-house systems.

Taking steps to remove air pollutants is especially important when you’re cooking or doing home renovations that involve painting, welding, and sanding. All these tasks create high levels of contaminants.

Ziff says more people are becoming aware of indoor pollution and taking steps to reduce it. “There has been a transition away from chemical additives in food,” she says. “Consumers are now starting to look for healthy alternatives when it comes to other items they use and surround themselves with every day.”

Avocado and some other companies are responding to consumer demand. “Many businesses are rethinking their approach to manufacturing. Whether it’s for commercial or altruistic purposes, it doesn’t matter,” she adds. “What matters is we are moving in the right direction—moving from a toxic to a nontoxic world.”