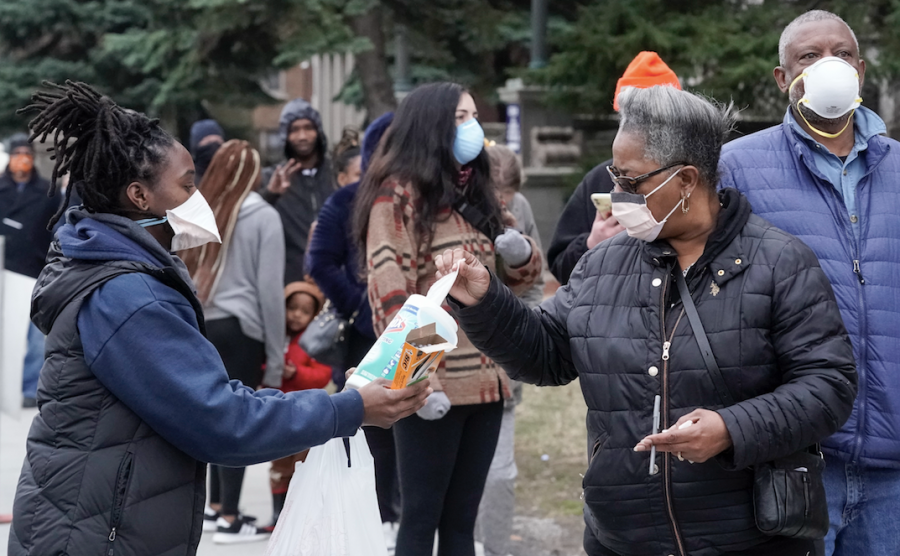 On Monday, Wisconsin’s Republican-controlled Supreme Court struck down an emergency order from Democratic Gov. Tony Evers to suspend in-person voting for Tuesday’s elections, as several states have already done, due to the coronavirus. Later, with just hours to go before polls opened in the state, the US Supreme Court dealt another blow to voting rights in the state when it reversed a lower court’s decision to extend the deadline to return absentee ballots because of the crisis.

Those eleventh-hour rulings, which will effectively disenfranchise hundreds of thousands of voters, came as the number of voting locations had already been significantly reduced out of concerns about exposure to the virus. In Milwaukee—the state’s largest city, with a population of 600,000 people—just five out of an original 180 polling places were set to open for Tuesday’s elections. The state’s national guard has been called on to assist election officials after volunteer poll workers quit amid the pandemic.

It was against this dramatic backdrop that voters—faced with the choice of risking their health and exercising the right to vote—began lining up on Tuesday to cast their ballot. Many were seen practicing social distancing measures and wearing protective face masks.

Polls open in minutes. Here’s a look at the line in Waukesha, the city’s only polling location pic.twitter.com/Uqg08gannt

Milwaukee, WI. 45 minutes after polls open. The line to vote goes on for a quarter mile at this station alone. Masks and social distancing abound. So proud and scared for my city. pic.twitter.com/5px2XZ6Ysn

A voter just sent me this video of the line outside a polling location at Riverside High School in Milwaukee pic.twitter.com/osT7mQtUQx

In the middle of the coronavirus pandemic, THIS is the line for in person voting as the polls open for Election Day in Wisconsin. #COVID19 #ElectionDay pic.twitter.com/WplsSHy9RF

Lines forming just 30 minutes after polls open in Milwaukee, people trying to space. Almost everyone has a mask pic.twitter.com/KVCJ7Ik0Xe

As my colleague Ari Berman explained, this seems to be the nightmare scenario Republicans had intended, as they fight to secure the reelection of a conservative member of Wisconsin’s Supreme Court:

Republicans may be counting on low Democratic turnout to help them win a statewide contest on Tuesday’s ballot, between incumbent state Supreme Court Justice Dan Kelly, who has been endorsed by Donald Trump, and progressive challenger Jill Karofsky. While Republicans currently have a 5 to 2 majority on the court, a win on Tuesday could set Democrats up to flip the balance of power in 2023.

With the election scheduled to take place as normal, turnout among key Democratic constituencies could fall precipitously, particularly among college students, whose schools have moved to online-only classes, and in Milwaukee, the epicenter of the state’s outbreak and home to 70 percent of the state’s black population.

The extraordinary clash is a likely preview of what’s in store for the November presidential election, with Democrats and voting rights experts now racing to expand vote-by-mail and absentee voting systems in the event that outbreaks return in the fall. President Donald Trump has already rejected calls for widespread mail-in voting.