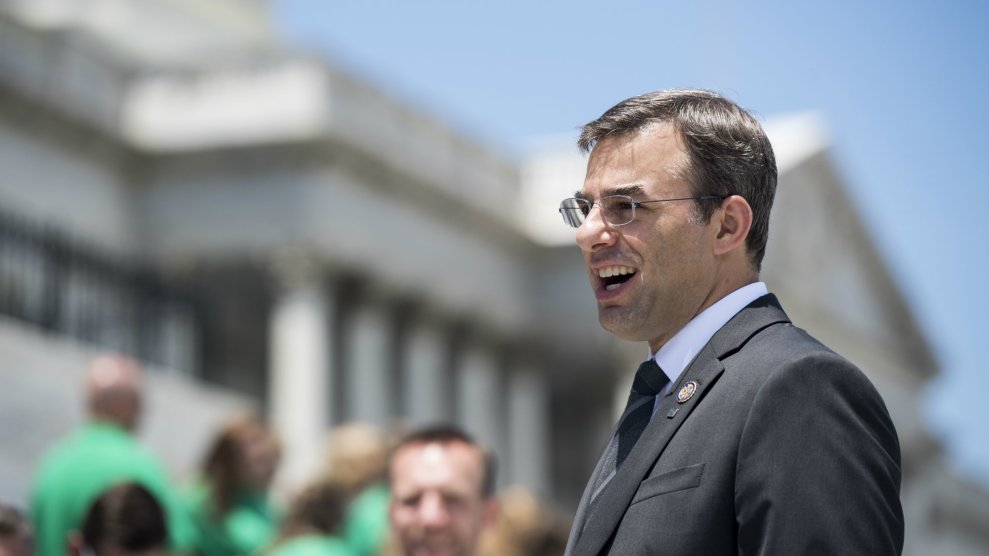 Rep. Justin Amash of Michigan, a former Republican, just announced on Twitter that he’s will not be running for president this year. The move comes just weeks after he officially become a Libertarian and launched an exploratory committee, setting up a White House bid as his new party’snominee.

In a Twitter thread, Rep. Amash cited social distancing measures, the turmoil of the pandemic, a lack of access to the media, and polarization among the two major parties for his decision.

Polarization is near an all-time high. Electoral success requires an audience willing to consider alternatives, but both social media and traditional media are dominated by voices strongly averse to the political risks posed by a viable third candidate.

Though the election is six months away, former Vice President Joe Biden, the Democratic challenger, has held a steady lead over President Donald Trump in the national polls. A serious bid by Amash would have added another factor to the November election, and provided a home to voters unwilling to cast ballots in favor of either major candidate. Some political strategists doubted the impact of his potential candidacy would have, even in his home state of Michigan. “The big question to ask is, ‘Does Amash make any difference if Democratic motivation is as high as it appears to be in Michigan?'” Richard Czuba, a nonpartisan state pollster, told the New York Times last month. “I don’t think it does.”

Amash says he plans on continuing to work within the Libertarian Party and is hoping for some successes in the future. His supporters on Twitter are already urging him to run in 2024.