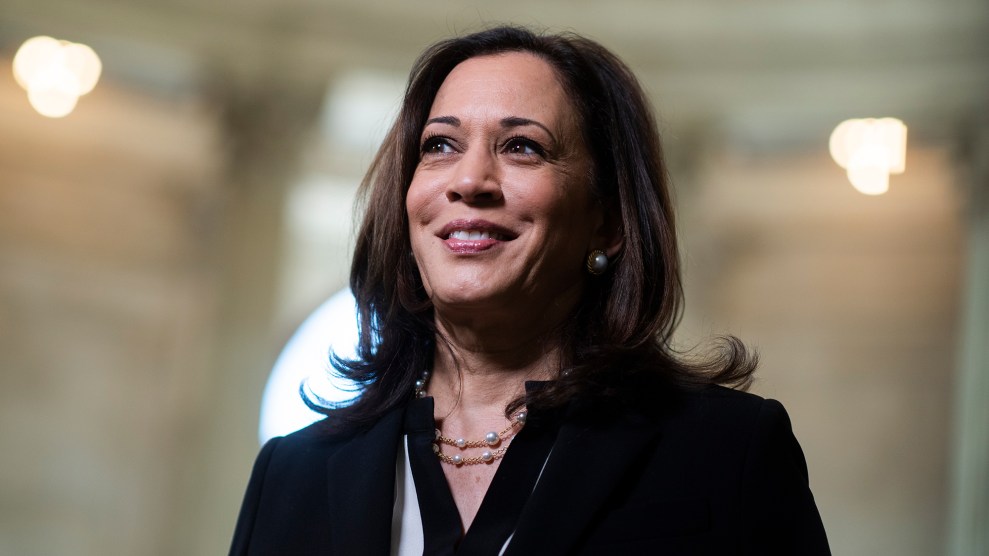 Former Vice President Joe Biden has officially selected Sen. Kamala Harris (D-Calif.) as his running mate, and in doing so has made history, as Harris will be the first Black woman on a major party’s presidential ticket. Harris was long rumored to be a top choice for the slot, and now she’s tasked with energizing a Democratic electorate that’s torn between a moderate forebearer at the top and an increasingly large proportion of voters who want to see dramatic change during a summer marked by a broad uprising over deep-seated racial injustice and a pandemic that’s killed more than 160,000 Americans.

In Harris, Biden has chosen a Democratic favorite who toiled long and hard in California politics before breaking through on the national stage in the Senate and in running for president last year. She’s also a plainly strategic pick for the moment; Biden clearly thinks that choosing a Black woman—and this Black woman specifically—will help him overcome the lukewarm response he’s gotten from more liberal voters and criminal justice activists who still cite his baggage, like the 1994 crime bill and his praise of segregationist senators. Just this summer, prison abolitionist and academic Angela Davis said she was voting for Biden but admitted, “Biden is very problematic in many ways, not only in terms of his past and the role that he played in pushing toward mass incarceration, but he has indicated that he is opposed to disbanding the police, and this is definitely what we need.” She added later on Democracy Now, “The election will not so much be about who gets to lead the country to a better future, but rather how we can support ourselves and our own ability to continue to organize and place pressure on those in power. And I don’t think there’s a question about which candidate would allow that process to unfold.”

But it’s still unclear if Harris can bridge this specific gap.

In a profile I wrote of the senator back in 2018, I argued that her entire career could be defined by taking the “inside track”—trying to effect change within a broken system. She started her career in public service as district attorney of San Francisco and then served as attorney general of California, where her track record was mixed and the biggest knock against her came from progressives who chided her for being too cautious and too deferential to law enforcement. It’s where she developed the “Kamala Is a Cop” reputation that has followed her (and weighed her down) for years.

But while the “inside track” is what she’s done, it’s also informed who she is as a politician. At the end of last year, I revisited that profile and wrote: “I should’ve looked closer not necessarily at what she did, but at who she is. Harris represents a particular strain of Black American political thought: moderation. It’s the idea that change doesn’t come suddenly but slowly, piece by hard-fought piece, and is led by people who work to gain access to power. She was always going to be an uneasy fit in this political moment.”

When she announced her run for president in January of 2019, she did so in her hometown of Oakland, triumphant in front of a crowd of 20,000 supporters. And as I wrote in February of last year, some in the campaign were hopeful that by installing Harris’ sister and close confidante, Maya, an attorney with well-respected racial justice credentials, at the top of the campaign, she could help make inroads with skeptical Black activists. But the strategy only sort of worked, as I argued when she dropped out of the race last year. Harris’ career in law enforcement was subjected to real scrutiny in the primary, and younger voters of color by and large ended up preferring Bernie Sanders or Elizabeth Warren. Ultimately, despite a few standout moments on the debate stage, the Harris campaign largely failed to adequately make the case for what elevated the California senator from the rest of the pack. (Ironically, the most memorable moment of her campaign happened in a debate confrontation with Biden, when she dredged up his 1970s opposition to school busing with a personal story of being bused to elementary school in Berkeley, California—a moment that reportedly irked Biden and those closest to him. As my colleague Pema Levy wrote, that moment now seems to be the basis for sexist attacks on Harris’ “ambition” by nameless sources who tried to block her from the VP slot.)

Since then, the political landscape has changed dramatically. Following the killing of George Floyd by a Minneapolis police officer this spring, in the middle of a pandemic that’s disproportionately taking the lives of people of color, a broad swath of criminal justice reformers and even some mainstream Democrats have been shouting loudly about the once-radical idea of the abolition of the police altogether.

While Harris had mostly stayed out of the spotlight since suspending her campaign, she joined protests outside of the White House in June amid outrage over Floyd’s death. She took a leading role in helping Democrats craft and pass in the House a broad police reform measure (which included a proposal Harris has pushed that would make lynching a federal crime). More recently, she came out in support of a police use-of-force reform proposal in California that she’d previously declined to support. She even debated what it meant to defund the police with Meghan McCain on The View, carefully suggesting that the conversation was about reimagining “how we are achieving public safety.”

Is all this enough to bring along—and turn out—once-skeptical activists as well as the Black voters who sat out in 2016?

Harris offers that rare combination of relative youth (she’s 55) and real experience in public office. And it’s this experience—once a liability—that makes her uniquely positioned to speak with authority on how and why law enforcement has been at odds with Black communities. There’s also one more reality that can’t be discounted: She’s a Black woman of Jamaican and Indian descent, once deemed “the female Barack Obama.” In these times of hyperpartisan bickering and a ratcheting up of the culture wars by Trump, identity and representation matter. Don’t forget it’s also this life experience that she’ll bring to the position—one that should, and will, inform policy.