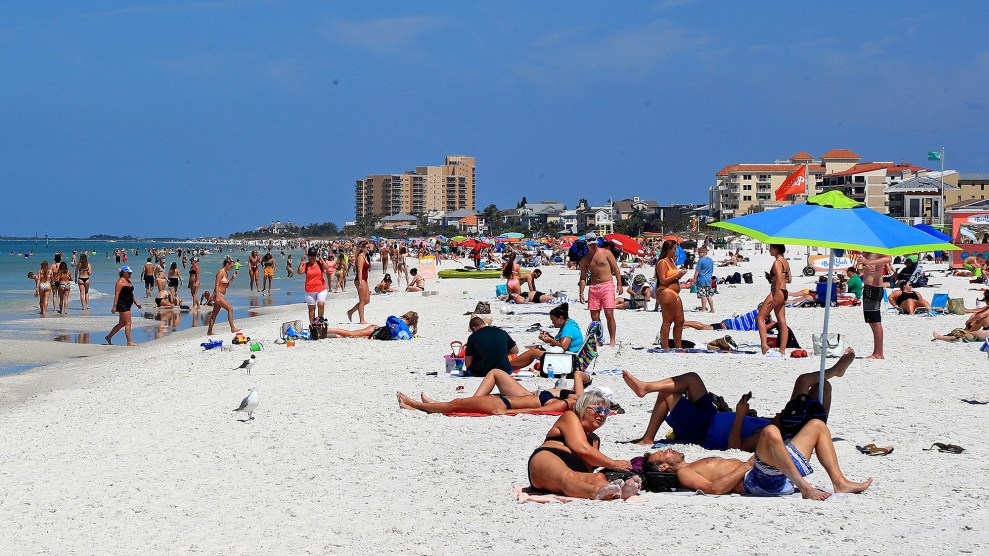 In the middle of March, as millions of people across the country started to practice social distancing measures to stem the spread of the coronavirus, Florida’s Spring Breakers did the opposite. Thousands of people, seemingly unfazed by the pandemic, took to the state’s coastline after the Republican governor, Ron DeSantis, decided not to order the beaches closed.

DeSantis still hasn’t enacted statewide stay-at-home orders, garnering plenty of criticism from local leaders and public health officials. The governor’s resistance probably isn’t just about the number of cases of the virus in his state. A new white paper shows that states with Republican governors, along with states with higher number of supporters of President Donald Trump, were slower to adopt social distancing policies—and those delays “are likely to produce significant ongoing harm to public health.”

The biggest influence in how states acted was not the number of confirmed cases, but rather politics, according to new research by a group of professors at the University of Washington. They focused on five measures taken directly from state government websites: restrictions on gatherings, school closures, restaurant restrictions, non-essential business closures, and stay-at-home orders. Trump initially downplayed the threat of the virus, and “numerous surveys have found significant partisan divides in public opinion about the severity of the coronavirus threat,” the researchers point out.

Their research showed that states with Republican governors and more Trump voters introduced social distancing policies 2.7 days later than more liberal states. “Does a 2.7 day delay matter?” the researchers write, concluding: “Given the quick doubling time of COVID-19, these delays have the potential to cause a dramatic increase in the peak volume of cases.”