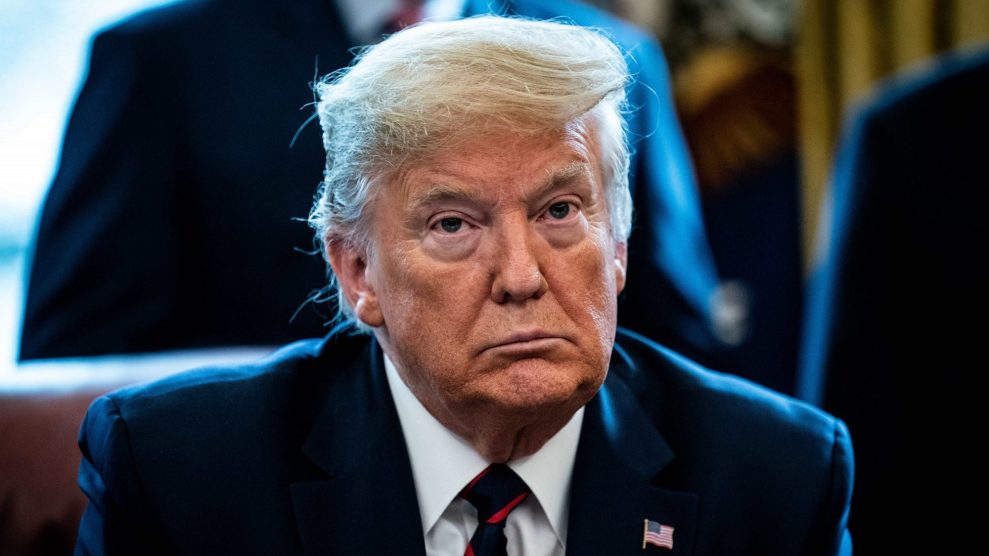 President Donald Trump says he plans to ignore a key oversight provision in the $2 trillion coronavirus relief bill passed by Congress this week.

The stimulus bill Trump signed on Friday afternoon creates a “special inspector general” who is supposed to notify Congress “without delay” if government agencies refuse to provide information needed to conduct oversight of the loans the administration will be doling out. In a statement released Friday evening, Trump announced he will not allow the inspector general to report to Congress without “presidential supervision.”

“I do not understand, and my Administration will not treat, this provision as permitting the [special inspector general] to issue reports to the Congress without the presidential supervision required by the Take Care Clause, Article II, section 3,” Trump wrote in a signing statement issued after he signed the bill.

The new inspector general is tasked with auditing and investigating the nearly $500 billion of loans that can be made by the Treasury Department under the new bill. Trump will appoint the inspector general, who will then have to be confirmed by the Senate.

House Speaker Nancy Pelosi (D-Calif.) told MSNBC’s Rachel Maddow Friday night that Trump’s move was “not a surprise to anyone.” She added, “Congress will exercise its oversight,” explaining that there will be a panel appointed by the House looking at the loans, as well.

And just like that, the Congressional oversight provisions for the 1/2 TRILLION dollar Wall St slush fund (which were *already* too weak) are tossed away the day the bill is signed.

This is a frightening amount of public money to have given a corrupt admin w/ 0 accountability. https://t.co/yhL62fj58R

The use of signing statements to declare the president’s intention to disregard parts of a new law predates Trump. According to the Congressional Research Service, President George W. Bush issued signing statements challenging more than 1,000 “distinct provisions of law” across 127 different bills. CRS noted that Bush was “particularly prolific in issuing signing statements” related to, among other things, “provisions that imposed disclosure or reporting requirements.”