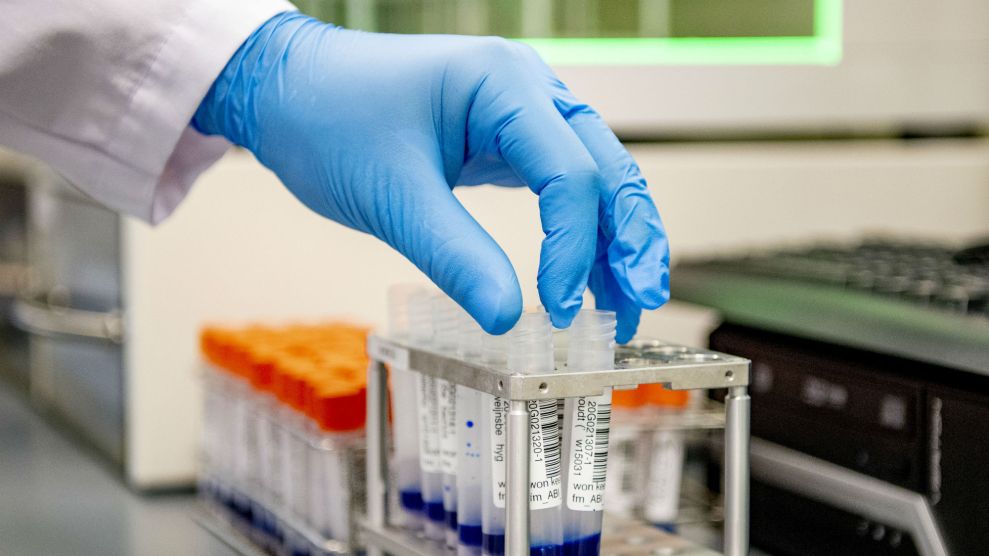 The Centers for Disease Control and Prevention is now officially testing Americans for coronavirus antibodies. This could be a major step in controlling the virus, as the tests will indicate whether someone has been infected with the coronavirus in the past—even if they were asymptomaticand allow researchers to finally get some insight into just how far infection has spread.

As I wrote in a long story late last week, these “serological tests” work by detecting antibodies in the blood. People are hoping this means they can be used as defacto immunity tests: Though not proven—an important point to stress—it is likely that if someone has recovered from COVID-19, they have some immunity to the virus, at least in the short term. So, crucially, testing for antibodies could also help identify who among us is safe to return to the workforce. As Shane Crotty, a professor in the Center for Infectious Disease and Vaccine Research at La Jolla Institute for Immunology (LJI), told my colleague James West, “Doctors and nurses are being exposed to this all the time. And if you knew you had a group of people who were immune, you might stratify some of the jobs differently in terms of who takes care of the most severe cases or whatnot.”

One other important thing to know about these tests is that they are different from the diagnostic ones taken so far by more than 1 million Americans. Unlike those tests, which can only detect the virus while someone is infected, serological tests can be accurate for a long time. As I reported last week:

Your body likely starts making antibodies against the coronavirus between seven and 21 days after you’re infected, [Vincent] Racaniello, [a professor of microbiology and immunology at the College of Physicians and Surgeons at Columbia University], says. Those initial antibodies typically stick around in your system for about three months, while other antibodies take a little longer to develop and will likely be found in your blood years after you’ve had COVID-19. “Their levels go down gradually,” Racaniello says. “But there will always be a low level in the blood that you can detect for years and years after infection.” Serological tests can detect both types of antibodies.

In addition to being a tool for uncovering the undiagnosed and the likely immune, experts told me some coronavirus antibodies could also play a role in treating people who are sick (for instance, using plasma from survivors) or even preventing COVID-19 in the first place. As I wrote:

While antibody treatment for sick patients will not directly give them immunity to the coronavirus, it’s possible that administering antibody treatments to people before they get sick could prevent illness temporarily. “When you inject the antibodies into your blood, they end up diffusing into all of your tissues, including your lungs. And so they would prevent infection,” Racaniello says. “That’s how a vaccine would work—except the vaccine would have you make your own antibodies.”

This isn’t the same as being immune, because…your body isn’t making its own response to the coronavirus; you’re still using someone else’s. That’s why, to prevent an infection with antibodies, you’d need an injection every month or two, Racaniello says. While this wouldn’t be considered effective long-term preventive care, this sort of treatment could be especially helpful for health care professionals on the front lines.

The CDC plans to roll out three individual clinical trials focused on antibodies, STAT and the New York Times first reported. The first study, according to STAT, has already begun and will focus on identifying people who have not been diagnosed with COVID-19 in the country’s coronavirus hotspots. In the second study, which the CDC reportedly hopes to start this summer, health officials will test for antibodies in samples taken from people who were never diagnosed across the country, which will give experts an indication of how the coronavirus has spread nationally. The third study will focus on specific populations, like health care workers, to understand how the virus is spreading among those groups.

If you’re curious to read more about serological testing and some of the common antibody treatments in development, check out the rest of my story here.