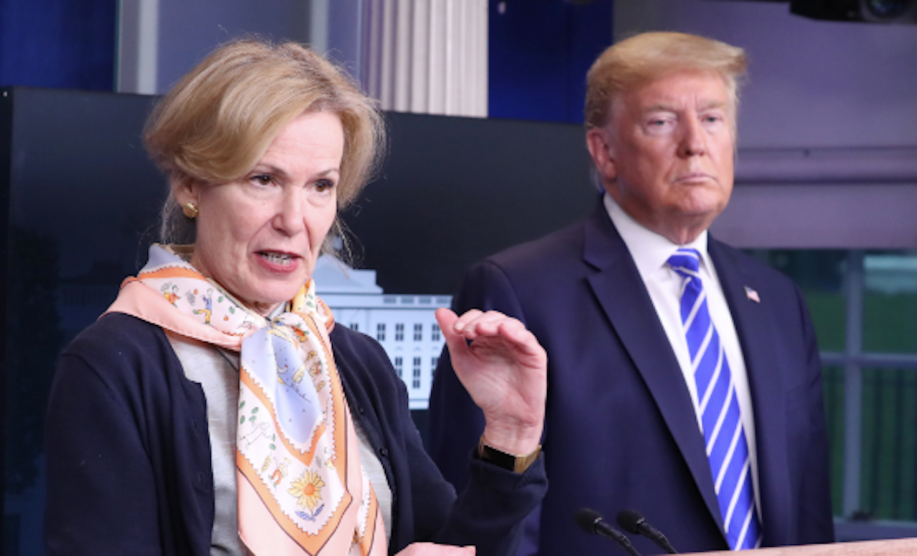 “It’s devastatingly worrisome to me, personally, because if they go home and infect their grandmother or their grandfather who has a co-morbid condition and they have a serious or very unfortunate outcome, they will feel guilty for the rest of their lives,” Birx said during an appearance on Fox News Sunday. “We need to protect each other at the same time we’re voicing our discontent.”

Birx’s comments on Sunday came in sharp contrast to President Donald Trump’s ongoing support for the lockdown protests, as he continues to target Michigan’s Democratic Gov. Gretchen Whitmer and openly encourage states to rebel against stay-at-home orders. Birx also rejected the White House’s previous projections that the pandemic could result in 60,000 deaths—a milestone the United States surpassed on Tuesday—saying that the task force’s projections have always been between 100,000 and 240,000 “with full mitigation.”

Also hitting the Sunday morning news circuit, Whitmer insisted that the protests on Thursday were not representative of the views of most Michigan residents.

“We know that people are not all happy about having to take this state at home posture, and you know what, I’m not either,” she told CNN’s Jake Tapper. “But the fact of the matter is that we have to listen to the epidemiologist and health experts, and displays like the one we saw at our capitol is not representative of who we are.”