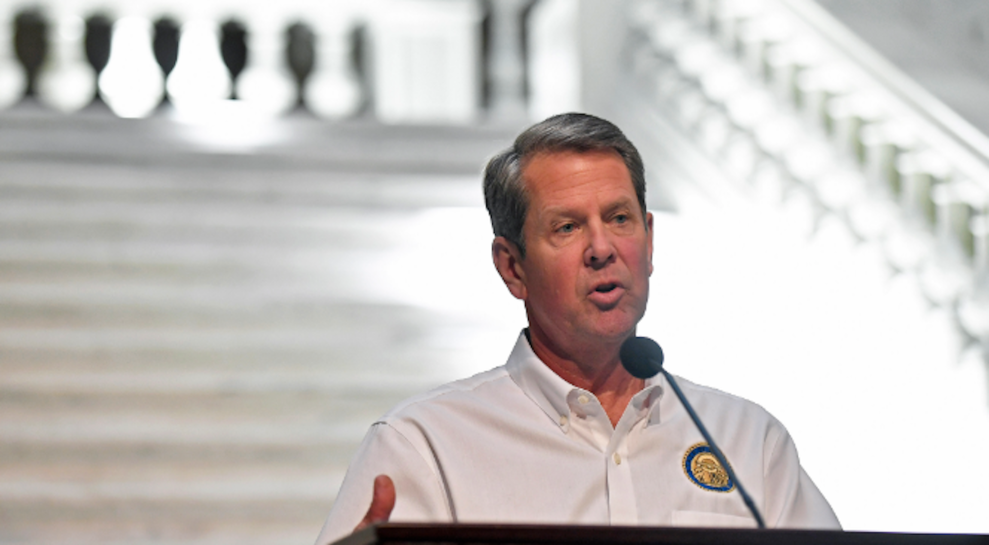 The rush to lift lockdown measures, even as COVID-19 continues to pose major problems across the country, is sparking new concern over whether some states are using misleading data in order to justify reopening.

In Georgia, where Republican Gov. Brian Kemp has led one of the most aggressive campaigns to restart the economy, widespread confusion abounds after at least three errors in its recent data-tracking were caught by the Atlanta Journal-Constitution. Those mistakes included presenting days in the incorrect order, which created the appearance that infections in the state were rapidly declining. For some, the apparent error was too glaring to be just that, immediately drawing suspicion that it had been done intentionally, though Kemp’s office denies the accusation.

“Our mission failed,” Kemp spokesperson Candice Broce said after one reader noted that the cases along the x-axis were not in chronological order. “We apologize. It is fixed.”

The x axis was set up that way to show descending values to more easily demonstrate peak values and counties on those dates. Our mission failed. We apologize. It is fixed.

Amid those mishaps in Georgia, the leading architect behind Florida’s coronavirus data dashboard revealed on Friday that she had been abruptly removed from her post. According to Florida Today, Rebekah Jones’ announcement followed weeks of strange website crashes and missing data. “As a word of caution, I would not expect the new team to continue the same level of accessibility and transparency that I made central to the process during the first two months,” Jones said in an email announcing her dismissal. “After all, my commitment to both is largely (arguably entirely) the reason I am no longer managing it.”

That’s sparked worries that Jones’ removal may be a signal that the state is clamping down on transparency, as its governor rushes to declare victory against COVID-19.

The potential trend echoes a similar development at the White House, which has reportedly been pressuring the CDC to change its methodology for tallying deaths in a way that would undercount fatalities.