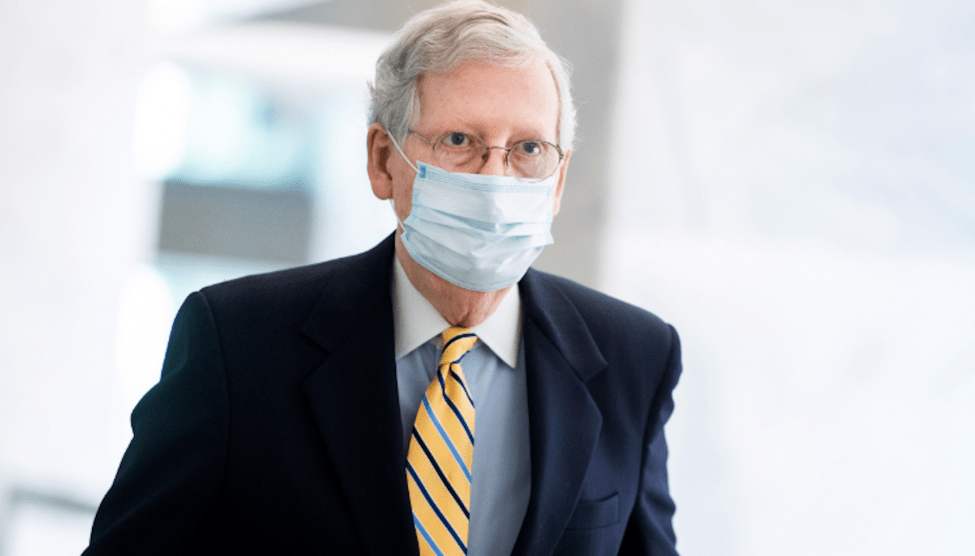 Senate Majority Leader Mitch McConnell on Wednesday conceded that he had been “wrong” to claim, as he did during an appearance on the Trump campaign’s YouTube channel earlier this week, that the Obama administration had failed to leave guidance on preparing for a pandemic.

“I was wrong,” the top Senate Republican told Fox News. “They did leave behind a plan. So I clearly made a mistake in that regard.”

McConnell, however, refused to make a judgment on whether President Trump had failed to follow the playbook. “I don’t have any observation about that because I don’t know enough about the details of that to comment on it in any detail.”

But McConnell’s claim of ignorance didn’t stop him from making his false allegation on Monday.

“We want to be early and ready for the next one because clearly the Obama administration did not leave to this administration any kind of game plan for something like this,” McConnell had told Team Trump Online. Lara Trump, the president’s daughter-in-law and host of Monday’s episode, smiled in agreement: “That’s exactly right.”

McConnell’s remarks—which echo the president’s ongoing efforts to blame his predecessor for the bungled pandemic response—sparked immediate pushback from former Obama officials, many of whom pointed to the literal documentation that had been made available to the Trump White House. Politico reported on the 69-page document back in March.

I've had people tweet at me in the past 24 hours:

Did the pandemic playbook really exist?
Was it really a clearly marked "playbook"?
Would it have helped?

Here's the cover, and the table of contents. You decide. pic.twitter.com/PMWr8YjIMu